People of African Descent in America: Why did the pandemic deepen the historic racial disparities?

The COVID-19 pandemic ended up deepening, even further, the conditions of vulnerability that the Afro-descendant population has faced for centuries
Share 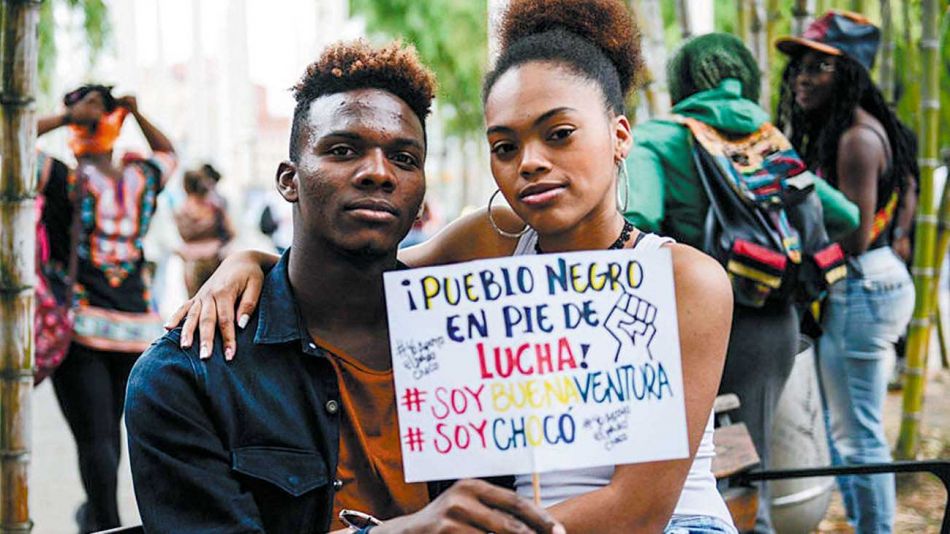 The COVID-19 pandemic ended up deepening, even further, the conditions of vulnerability that the Afro-descendant population has faced for centuries.

This stems from the report of the Inter-American Commission on Human Rights (IACHR), entitled «Economic, Social, Cultural and Environmental Rights of People of African Descent», which details that the health crisis generated by the coronavirus has caused «high risks contagion and death” for this population, due to various factors, one of them, “the place of residence and the physical environment”.

Within the framework of the historic first InternationalDay of People of African Descent, the IACHR recalled this Tuesday that this population is exposed to «conditions of vulnerability» because historically it «has been subjected» and, therefore, «finds itself increasingly under contexts of poverty and extreme poverty».

This means that people of African descent have difficulty accessing quality housing. For this reason, they end up living in precarious and overcrowded conditions, either in informal settlements or on the streets, or with little or no access to basic services such as electricity, water and sanitation, limitations for transportation, among other deficiencies.

The study also indicates that the «lack of specific information on Afro-descendants» in the health and healthcare systems is another factor against them, since «there is an absence of data disaggregated by ethnic-racial origin in the epidemiological records».

Another factor – says the agency – is related to the informal characteristics of work and the conditions to which people of African descent are subjected to, since «they represent high numbers in essential jobs» and «activities that cannot be carried out from home», as they also work «in unskilled work environments» where they «lack social benefits» and are exposed to situations with a higher probability of contagion due to «frequent contact with the general public».

Structural and systematic discrimination against Afro-descendants

All this situation – emphasizes the IACHR – means that Afro-descendants are also exposed to unfair working conditions where they have “lower incomes”, while “their levels of indebtedness” are increasingly high.

“The IACHR understands that notwithstanding the aforementioned data, the disproportionate impact of the Covid-19 pandemic on people of African descent cannot only be reduced to statistical data analysis, and not only affects the right to health, but also in a way that is interdependent and disproportionate to other economic, social, cultural and environmental rights”, says part of the report.

The IACHR warns that «being Afro-descendant» is not what facilitates the spread of COVID-19, but rather reaffirms that it is «the structural and systematic discrimination historically faced by the Afro-descendant population, which makes them more vulnerable to infection».

This situation leads the organization to express «its concern regarding access to and guarantee of human rights of Afro-descendant people in the Americas», and urges the States to «implement a vaccine distribution plan» that guarantees equitable access to immunization.

Behavior in Colombia, Brazil and the US

In Brazil, the IACHR observed “with concern” the “disproportionate” impact of Covid-19 on people of African descent, “particularly due to the high number of cases in geographic areas of concentration of this ethnic-racial population such as favelas and quilombola communities, especially those who are in a situation of poverty and extreme poverty”.

For example – the IACHR cites – in Rio de Janeiro, where approximately 1.5 million people live in favelas under «overcrowded and unsanitary conditions», the implementation of isolation measures to contain the pandemic is difficult.

In the US, the situation is no different. The IACHR observes that in that country, African-Americans are more than twice as likely to die from the coronavirus than any other group, with a percentage of 50.3 people per 100,000; while whites register a rate of 20.7; Latinos, 22.9; and the Asians, 22.7.