With just 15 years of age, Andrés wants to carve out his own path and does not stop dreaming of being a baseball player, so that one day he can wear the uniform of the Tiburones de La Guaira (La Guaira Sharks), in Venezuela, and of the Houston Astros, in the US Major Leagues
Share 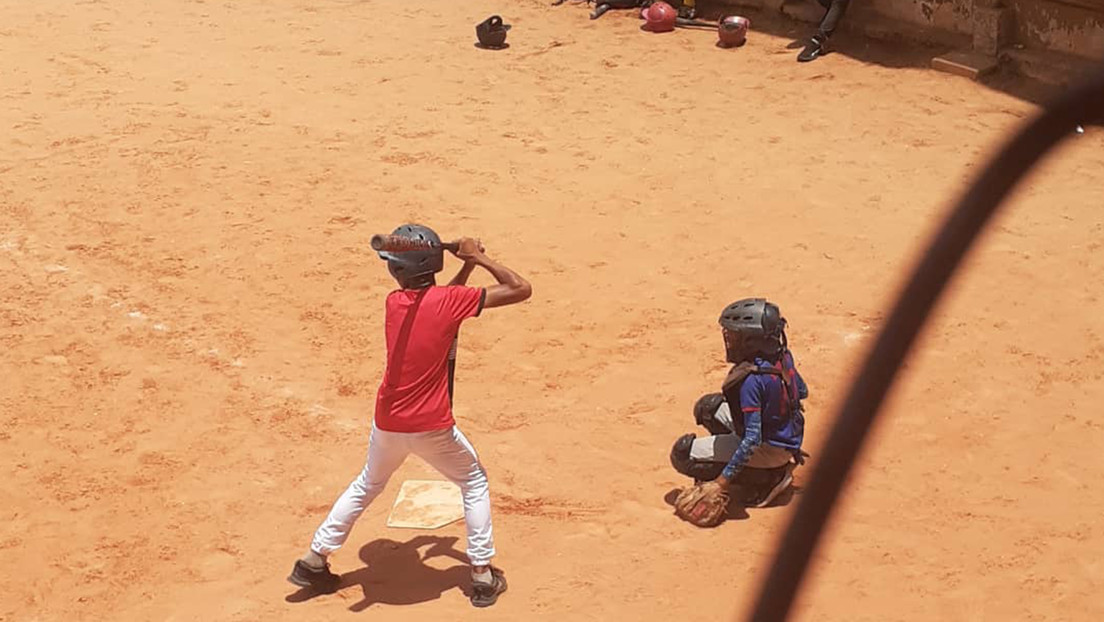 A year ago, Andrés, a child with dreams, lost his cholas (flip-flops), a shoe that in Venezuela is usually used without socks to be inside the house. The boy, who lives with his mother, Carla Cabrera, his grandfather and another 17-year-old brother, has grown up in a low-income family that, in recent years, like all families like his, have suffered more violently from the harsh US and the European Union sanctions.

For this reason, when Andrés lost his cholas, he knew that he could not have new ones because his family did not have enough to buy them. His mother has also suffered from severe anemia for years and cannot work.

Faced with this adversity, the young boy managed to create his own cholas. He searched for tutorials on the internet, took advantage of the experience of a neighbor and from his grandfather, who is a carpenter, and with whom, from an early age, he learned to use different materials and the tools of his trade in his workshop, a place that was destroyed after a fire and that they now want to recover.

Andrés took an abandoned tyre from a car, cut some pieces and began to shape them. Then, he got some fabrics to put them as braids, used the nail of a high-heeled shoe to sew the footwear, the excess thread he burned with a tinderbox, and voila; he had new cholas.

Since he liked what he had done, Andrés — who is in his third year of high school — proposed to his mother that they make cholas and sell them to have an income that they could generate from home. The only difficulty was to get the tyres, so they began to ask for donations or to look for them at ‘chiveras’, where used tyres are purchased at low cost.

Andrés’s first design was not so pretty  – his mother tells RT – but his determination and drive led him to improve more and more in the realization of the cholas, that now carry his brand «Calzados Andrés López» (Footwear Andrés López).

Andrés’s mother accompanied her son’s initiative and gave him all her support. She opened an account on Instagram to promote the cholas and offer them for sale. Thus, little by little, the orders of cholas have been growing and their business is taking shape, as they receive purchase requests from different cities in Venezuela.

The undertaking of Andrés and his family also stands out because it has served to strengthen their relationship with the community and also to give donations to the neediest people. Each pair of cholas that Andrés makes has a value of 6 dollars.

There are children, above all, from poor families who do not have shoes, and Andrés, when he has the opportunity, gives them a pair of cholas. He also trades by offering a pair of «flip flops» in exchange for something he needs for his business or his home.

His work has been referenced in different local and international media and some companies have supported him with donations of materials to make his footwear, a logo for his company and even uniforms and face masks. In fact, on one occasion, a person asked for more than 30 pairs of cholas to be donated during Children’s Day.

His mother does not hide her pride because her son is doing something he likes while studying from home, continuing his baseball practices and sharing with his friends. «He is still a child», insists Cabrera.

«I am proud and grateful to all the people who have supported me. Now, everyone who passes my house, when I see under the gates, they are wearing my cholas. I hope to have my own company, be an entrepreneur and fulfill my dream, which is to be a professional baseball player», says Andrés.

The child’s dream: «I want to be a baseball player!»

Andrés, a boy of just 15 years of age, wants to carve his own path and does not stop dreaming of being a baseball player so that he can, one day, wear the uniform of the Tiburones de La Guaira (La Guaira Sharks), in Venezuela, and of the Houston Astros, in the US Major Leagues.

For now, he plays short field or ‘shortstop’, a fundamental position in baseball that requires great agility and speed with the legs, some ‘good hands’ to easily pick up the opponent’s hits and a powerful arm to put ‘out’ the opponents.

This young player, who is a loyal follower of his idol, the center fielder of the Atlanta Braves, the Venezuelan Ronald Acuña Jr., was born in Ciudad Bolívar, Bolívar state, east of Venezuela, a region that is recognized as ‘the cradle’ of the best shortstops in history. Among them, are names such as Alfonso ‘Chico’ Carrasquel, Luis Aparicio, member of the Major League Baseball Hall of Fame, Omar Vizquel, David Concepción, Oswaldo Guillén, and many others.

As a shortstop, Andrés knows that he must be a leader for his team, both on the field and in the dugout – the area of the baseball field where the club bench is – because the player in this position is often given the position of captain of the team. That leadership ability has already given positive results in his life plans with his family.

«I tell the young people to fulfill their dream, that everything can be achieved, that nothing is impossible, and to the parents, to be very supportive of their children», says Andrés, who still says he is astonished because he never thought that his story would get to be known by so many people.