Argentina: A dinner with friends ends in tragedy after becoming a violent kidnapping

It all started with a dinner at a private home between five friends in Argentina, in which there was also a minor who was unharmed.
Share 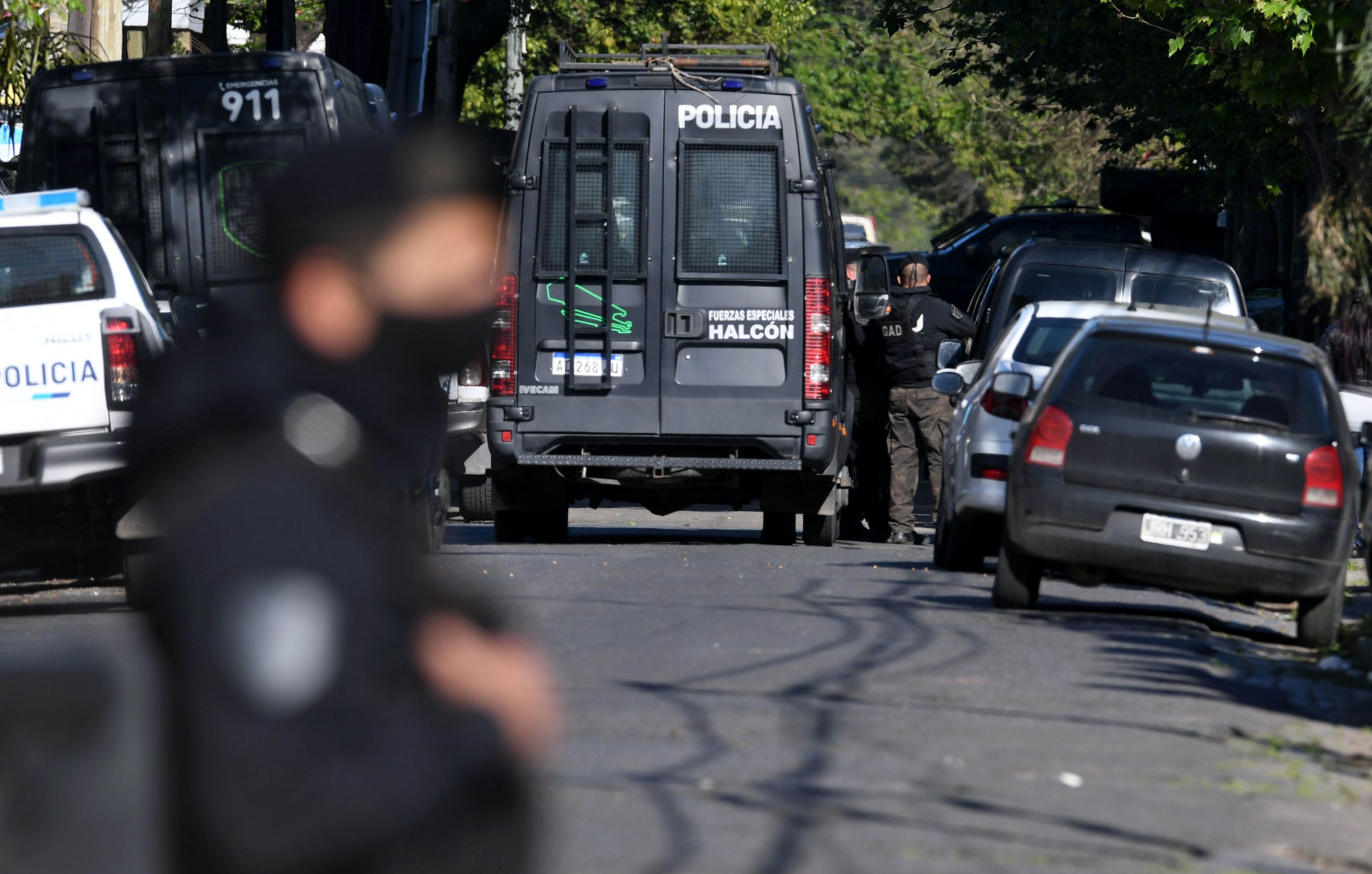 Between Monday night and Tuesday morning there was a dramatic hostage situation with a fatal outcome in the city of Caseros, in the province of Buenos Aires (Argentina): the author of the kidnapping was killed by the police and the victim, his friend, dead.

It all started with a dinner at a private home between five friends, in which there was also a minor, which abruptly ended in an argument between Alejandro Maldonado, 40, and his wife, Paula. It was 11:30 p.m., according to the local media La Nación, when Maldonado violently attacked her spouse when he tried to suffocate her by taking her by the neck. His friends intervened and managed to get the woman out of the room.

After the violent scene, three adults, including Paula and the minor, left the house. However, Maldonado and his friend José Cáceres, 47, remained inside, who, according to the versions of the investigators exposed by the local media, would have decided to stay to contain the aggressor.

However, Maldonado’s next victim was precisely his friend, whom he took hostage in exchange for his wife being handed over to him. Thus, began a situation that came to the attention of the Police and that lasted for more than 10 hours, during which time the aggressor confronted the ‘Grupo Halcón’, the Special Security Division of the Police of the Province of Buenos Aires, at whom the aggressor fired more than 300 shots.

While the events were taking place, the Minister of Security of the Province of Buenos Aires, Sergio Berni, spoke, at the scene, with the local newspaper Todo Noticias and commented that he was able to certify that the ammunition used by Maldonado was of high caliber and that he was impressed by the quantity of cartridges he had available.

Neighbors of the Villa Pineral neighborhood also confirmed the terror they experienced. «They asked us to evacuate before midnight yesterday because there was a hostage situation and lives were in danger», a neighbor told the media. «All night we were in the street and the shots were continuous. It was impossible to count them. He never stopped», she added.

Berni commented that a psychologist, who negotiated with Maldonado in the early hours of the morning, had determined that the attacker had «altered mental faculties» and had said that he was waiting for «the third world war». In addition, he had bulletproof vests and a gas mask.

The minister added that the operational plan was to wait for Maldonado to run out of ammunition in order to enter the house and capture him without putting the officials at risk because it represented a «very high risk» situation, since the kidnapper had at least two weapons: one shotgun and a revolver, and had designed a kind of bunker.

Meanwhile, a sister of the aggressor, identified as Mariana, acknowledged to the Crónica channel that Maldonado, on another occasion, tried to stab his older brother, that his parents were victims of his violence and that his wife was also subjected by him but did not denounce him.

In other statements to La Red radio, Berni warned that during the kidnapping they feared that the hostage was already dead.

«During the night he showed no signs of life», said the minister, adding that even the police threw a rocket bomb and they could only hear «a single person coughing».

The situation lasted until the early hours of the morning, when finally a group of police officers entered the house. According to La Nación, the entry took place by order of the prosecutor of Instruction 3 of San Martín, Carlos Insaurralde.

The tactical group entered the house after breaking a wall, crossed a fire that Maldonado himself would have generated and shot him down. Cáceres was found dead at the scene. The Scientific Police of Argentina, according to La Nación, would have certified that the victim died between six and eight hours before the entry of the officials.

By court order, there is restricted access to the house so that members of the Gendarmerie can carry out investigations that help determine how the events occurred, which left two people dead and their family and friends wrapped in the deepest sadness.