Argentina: the trial that shocks and provokes an intense debate on classism and impunity 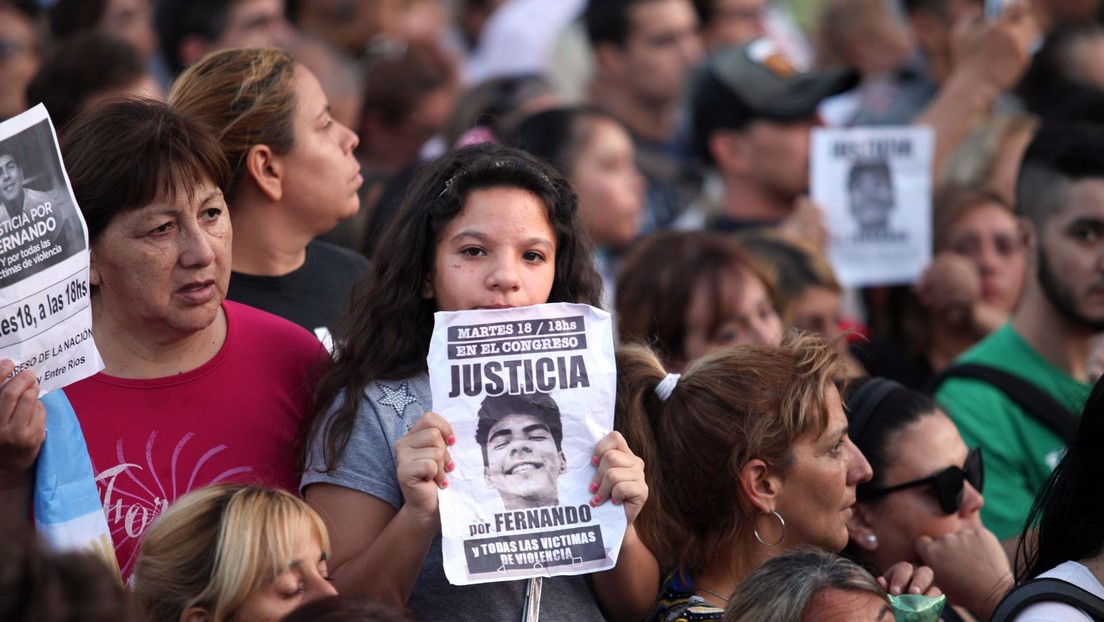 There is no justice for the poor in Argentina. The rich are guaranteed impunity. The media encourages classism and discrimination. If the murderers were poor, the death penalty would be reinstated.

Since they are not, you have to have compassion for them because «the fault lies with the patriarchy». They had no intent to kill. They are also victims. Or not. They deserve, minimum, life imprisonment. They are «monsters», explains the journalist Cecilia González for RT.

The trial for the murder of a young man has exacerbated a social debate in Argentina that monopolizes public and private conversations that try to unravel the motives for the crime and anticipate sentences.

The story that today concentrates media attention began at dawn on January 18, 2020, when eight young men punched and kicked Fernando Báez Sosa, 18, to death as he left a nightclub in the Argentine resort of Villa Gesell, located on the Atlantic coast, 400 kilometers south of Buenos Aires.

The case caused a stir not only because of the viciousness of the murderers and their subsequent indifference to the facts, but also because the crime was recorded live through cell phones and security cameras. The images immediately circulated on social media.

It is, perhaps, the murder of which there is a greater audiovisual record in the country.

From the beginning, the crime had a class component, since the eight defendants, who at that time were between 18 and 20 years old, played rugby, a sport associated with families with high purchasing power and marked by violent practices that exceed and go out from the field of the game.

The victim, on the contrary, was a humble teenager, a law student, the son of a couple of Paraguayan immigrants. The father is a doorman for a building and the mother cares for the elderly. Fernando was their only son.

The videos and chats that the perpetrators exchanged showed that they had no remorse for the death of Báez Sosa. They planned what to say and how to manipulate evidence. They changed clothes and some of them even went to buy a hamburger afterwards. As if nothing had happened.

To make matters worse, when the police interrogated them, they stated that the person responsible for the crime was Pablo Ventura, a rowing athlete who lived in Zárate, the same town as them.

It was a lie. Ventura wasn’t even in Villa Gesell. But he had to spend several days in prison, and was pointed out as the main culprit.

The legal case advanced and, three years later, a trial finally began that, in reality, has become a kind of ‘reality show’.

Matías Franco Benicelli, Blas Cinalli, Enzo Tomás Comelli, Máximo Pablo Thomsen, Ayrton Michael Viollaz, the brothers Ciro and Luciano Pertossi and their cousin, Lucas Pertossi, have been detained since January 2020, charged with the crimes of «double aggravated homicide for treachery and due to the premeditated participation of two or more people” and “minor injuries”.

The trial against them began on January 2 in the courts of Dolores, located in the province of Buenos Aires, and amid strong expectations due to uncertainty about the sentence that will be announced at the end of the month.

One of the many simplifications surrounding the case is whether «rich guys» will be convicted of killing «a poor guy». If there will be justice or if money, as usually happens, will guarantee impunity.

Meanwhile, the hearings are covered live, minute by minute. The news and the front pages of the media are filled with all kinds of statements and details about the victim, the perpetrators and their families. There is an abundance of information and speculation on social networks.

Everything is analyzed: the order in which the defendants sat, why they did or did not cover their faces with masks, their haircuts, the clothes they wear in court, their movements, their facial expressions; the statements of the witnesses, the legal expertise that has been carried out in the case.

Some demand that the defendants be sentenced to life imprisonment in common prisons, without reduction of sentence and without any type of privilege. Along with many other insults, they are considered «psychopaths» because – it’s true – they haven’t shown any kind of remorse.

Others ask for empathy with them, they assure that it was a fight that «got out of hand», that they had no intention of killing Báez Sosa and that they are victims of the patriarchal culture that demands that men be «violent». That, in some way, they «represent» Argentine society.

Hate messages prevail. The court ruling does not matter. The sentence, the virtual lynching is a fact. It is enough that someone defends them or does not adhere to the punitive discourses, for the repudiation to explode.

It happened, for example, to the lawyer Claudia Cesaroni. «A crime, especially committed by several people against one, is a brutal action on the part of those who commit it. Once it has happened, unleashing a media and judicial carnage on the perpetrators, especially if they are young, is brutal and disgusting. Nobody deserves a sentence of 50 years», she warned when the trial began.

In response, she received insults and death threats against her and her family.

Media treatment is also the subject of debate. The consensus is that if eight youths from poor neighborhoods had killed a rich young man, the press would be promoting not life imprisonment, but directly the lowering of the criminal age and the death penalty. It has already happened so many times.

Proof of the benevolence with which some media treat wealthy people accused of a crime was given by a note that summed up with positive characteristics the profile of one of the main defendants who, he stated, had «the dream of being a kinesiologist» and a «passion for epic novels».

They (the media) immediately received massive accusations of wanting to «whitewash» the image of «the murderers», of having been bribed by their families.

Another journalist caused a controversy by assuring that killing and being prosecuted is something that could happen to anyone’s son and for this reason, in this case, the same sentences that the late dictator Jorge Rafael Videla or the drug trafficker Pablo Escobar received should not be requested. .

Social media commenters were relentless with the disproportionate comparison.

The controversies are repeated daily, waiting for the end of one of the most media trials in Argentine history and for which books, films and television series are already being prepared.