Argentina: To work and to still remain poor, the other side of the crisis

28.2% of active workers in Argentina are poor. A drop in salary, in a context of constant inflation, is the main reason.
Share 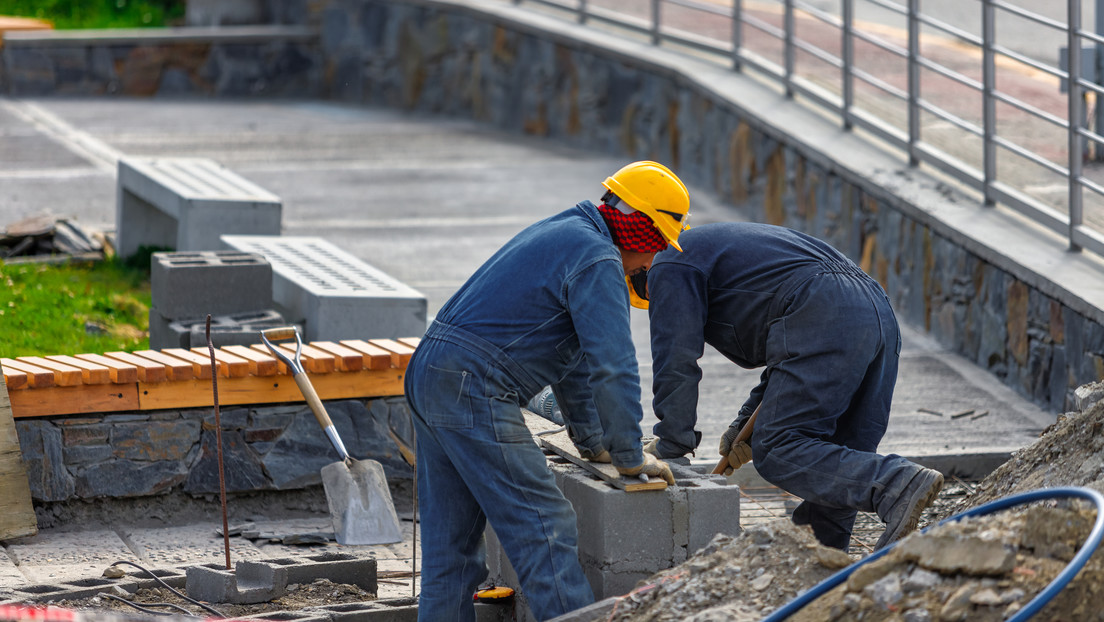 Workers in Argentina have a difficult time. For many, making ends meet is practically an odyssey, and they increasingly reduce expenses to pay for essential needs, such as housing, food or transportation. Thus, in the midst of the crisis, the «labor poverty» of the South American country registers worrying numbers.

The measurements of the Argentine Catholic University (UCA), which are very much taken into account by various political and social fronts, reflect, since 2010, how people who are working, live. And figures as high as in 2021 were never obtained: 28.2% of employed workers over 18 years of age are poor. In other words, almost three out of ten have a critical present, explains journalist Leandro Lutzky in a report for RT.

If the historical period of the studies is analyzed, it began with 17.6% precariousness in the first term of Cristina Fernández de Kirchner, which dropped to 11.5% in 2012. During the economic slowdown in the last period of her administration, the number increased to 15.7% in 2015. Between 2017 and 2019, under the Government of Mauricio Macri, the poverty of the workers almost doubled, reaching 27.2% towards the end of his term. And already under the current leadership of Alberto Fernández, impacted by the pandemic, it has risen one percentage point in recent years.

«The leaps, from 15.5% in 2017, to 20.5% in 2018 and 27.2% in 2019, are almost entirely explained by the deterioration in wages in Argentina», says Santiago Poy, one of the authors of the report. This is due to the fact that in recent times inflation has grown more than wages, reducing the population’s consumption capacity. This serious situation could not be reversed, and it worsened slightly in the context of the health emergency, despite recent signs of recovery in the sphere of economic activity.

«We are in the biggest economic crisis since 2001. It has another scale, another magnitude, but it is still very strong», emphasizes the interviewee. Logically, marginal workers bear the worst part of this situation: the graphs show that among the informal, 37.6% are poor. In public employment, there are 22.7% of people living in poor conditions, and in the private formal sector, 16% are in those conditions. «The problem is that we have a very large secondary and marginal segment, almost 50% of the entire workforce is operating in the ‘extra legality’ (informal) sphere, with unregistered jobs, and without social coverage», says Poy.

Thus, while ‘white collar’ workers receive a salary amount agreed between the unionism, the State and the companies – which often does not even cover the basic family basket – in the informality sector the old and always current law of supply and demand governs : «In general, if there is more supply of labor power, the adjustment variable is income», says Poy. Likewise, the difficulties in creating formal employment could lead to an increase in the number of workers ‘in the black’: «It is very likely that this sector will have difficulties in rebuilding their income», he warns.

Workers who are poor in Argentina and State Allowances

«The pandemic brought more novel things, because there were also job losses in the homes of workers», remarks the sociologist. In other words, in addition to the drop in real wages, the loss of total income in Argentine households must be considered.

In this framework, a situation of State dependency persists. This year, 24.5% of active workers live in households that receive transfers from social policies, such as the Universal Child Allowance (AUH) or the ‘Alimentar’ (Feed) card, according to Poy’s numbers. Among the working poor, 52.6% receive social plans. Argentina, despite the debt payments that it must face, simply cannot cut this public spending, which even the conservative Macri administration sustained in great magnitudes.

In the pandemic, this policy was essential to avoid a significant increase in poverty, although «in 2020 there was more assistance than in 2021», emphasizes the specialist. During the first year of contingency, characterized by the Emergency Family Income (IFE), the delivery of bonds and other incentives by the State, there would have been «8% more poor workers». In 2021, «working poverty would have been 33%, 5% more than today», he details.

Although the current context of 8.2% of unemployment, according to official data, does not reach the historical peak of 21.5% in 2002, and poverty among employed workers does not exceed 38% as at that time, according to a CONICET report, the deterioration of the working class is a constant in recent years.

On this, Poy adds that 40% of current working poverty corresponds to underemployment or part-time employment. In other words, those who «do not have full working hours, would like to work longer hours, but they cannot».

At the same time, many middle class people have two or more jobs to cover the bills, resulting in overemployment. But how many of them would be poor if they only worked a regular day? Poy promises to study it thoroughly in the next report.