Argentina: Who killed Lucas González? the young footballer that the media labeled a «thief»

Institutional violence is an epidemic that has never been eradicated from Latin America. In Argentina in particular, the manipulation of the crime scene and of the victims or witnesses is well known.
Share 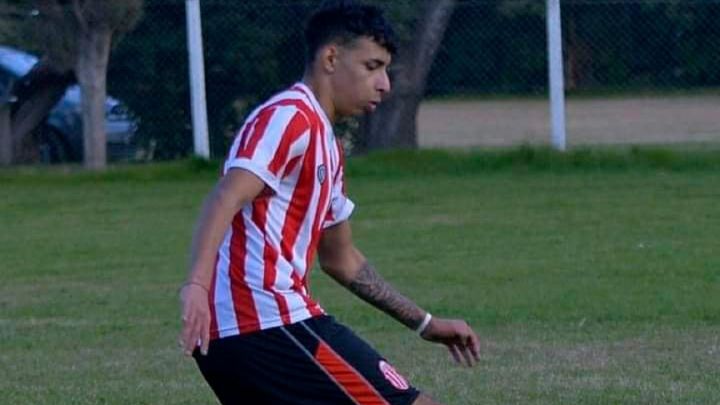 Lucas González was 17 years old. He was a young soccer player who played in the juniors Barracas Central of Argentina. On Wednesday he arrived at his training accompanied by three of his friends who wanted to prove themselves on the team. Two of them managed to be accepted.

The four left the club together. They got in the same car they arrived in and headed for their neighborhood. They made a stopover to buy juice. Minutes later, a vehicle without license plates, in which were traveling Inspector Gabriel Isassi, Major Officer Fabián López and Officer José Nievas, began to pursue them. These policemen who were in plainclothes, never identified themselves and they began to shoot at them.

Lucas was shot twice in the head. They took him to a hospital. He was very seriously injured. And a day later, he died, explains the writer and journalist Cecilia González in an opinion article for RT.

He was killed by the police. That «damn Police», that name that the ‘security forces’? of Argentina, whether state or national, have won by killing, torturing or disappearing their victims. The police already have a long history in these matters.

Almost no social group escapes. Institutional violence and crimes committed by police officers are recurrent throughout the country, with a special emphasis against young people from poor neighborhoods. It is enough to be dark and wear caps and sportswear to be seen and treated as a suspected criminal.

Since it was created in 2016, the Police of the City of Buenos Aires has already accumulated a record of 121 cases of «easy trigger» violence, that is, of agents who shoot at close range, with the ease, irresponsibility and, many times, impunity that grants them the possession of a weapon.

The data is revealed by the Coordinator against Police and Institutional Repression (Correpi), an organization that is doing an invaluable job, because it is dedicated to compiling crimes that most of the time do not impact society. Because, who cares if the police kill poor young people?

This week, the Capital Police were celebrating its first five years of life. But the celebration ended with the murder of Lucas. More coherence, impossible.

The ‘anomalies’ of the Argentine police

The anomalies of the young footballer’s death pile up without surprise, because they demonstrate, once again, how agents protect themselves.

This Friday it is also known that the police told one of the friends who was with Lucas at the time of the attack that he could leave, that he did not have to testify. He was later accused of having escaped. He was lucky. They are often arrested and mysteriously «killed» in police stations. Or buried without identity. Or they are declared ‘missing’.

The violence exercised by the agents in this story is so obvious that it has opened a fissure in the iron media protection that the head of the Government of the City of Buenos Aires, Horacio Rodríguez Larreta, usually enjoys, thanks to a multimillion-dollar investment in official advertising. Larreta is today a firm candidate to be a presidential candidate in 2023 from the opposition to Peronism.

His case is strange, because, usually neither the official press nor the opposition press mess with him, investigate him, denounce him or question him. He is, perhaps, the political figure most cared for by the media in Argentina, which is divided into two major camps: the traditional anti-Peronist media which are the most influential ones who still dictate a large part of the public agenda; and those who defend President Alberto Fernández and Vice President Cristina Fernández. The media and journalists trying to maintain a balance are the fewest.

But, despite the fact that Lucas’s murder has unleashed an unusual crisis for the capital’s government, some journalists are reluctant to exercise any kind of criticism.Thus, an already ingrained double rod is repeated, over and over again, in which the insults, the screaming and the ‘overacted indignation’ erupt only if the institutional violence was committed in a province governed by the political party contrary to the one these journalists militate in Argentina.

The media called him a «thief»

In fact, the first reaction of the majority anti-Peronist press was to validate the version of the Police. They spoke of «confrontation», «confusing episode» and «shooting against criminals». Lucas was identified as «a thief». It took only a few hours to discover that none of it was true. Even so, the miseries do not end.

The host Viviana Canosa, an opponent of Peronism, representative of the anti-science movements and assiduous in scandals – for example, for drinking chlorine dioxide live in the middle of the pandemic – and who is increasingly getting closer to the extreme right, did not hesitate to politically use the crime by asking Lucas’s friends who they had voted for in last Sunday’s legislative elections, as if this would somehow justify that the capital’s police officers had shot them.

In the same vein, journalists Eduardo Feinmann and Jonatan Viale, assiduous defenders of the «strong hand against criminals», engaged in a dialogue in which they justified the policemen and, without recognizing that they (the police) represent the State, put them at the same level as the young people attacked.

«What society do we live in, because in both cases what was felt is insecurity», says Feinmann. «They were both suspicious», added Viale between sighs of resignation, relativising the crime and even feeling sorry for the policemen.

Sure, poor people, they were scared. And what better way to react, with shots against four young men.

Institutional violence is an epidemic that has never been eradicated from Latin America. In Argentina in particular, the manipulation of the crime scene and of the victims or witnesses is well known. The goal, often accomplished ,is to blame them for their own tragedy.

How to forget Luciano Arruga, the 16-year-old teenager who disappeared in 2009 after being detained by police from the Province of Buenos Aires. Almost six years later, his body was found in a cemetery in the capital. He had been buried without a name, without any identity.

The pandemic exacerbated police violence across the country. One of the first cases that caught the attention of public opinion was that of Luis Espinoza, a 31-year-old rural worker who was arrested on May 15, 2020 by the police from the province of Tucumán for violating the quarantine. A policeman killed him with a shot in the back. With the help of other agents, he hid his body in a ravine.

Earlier, on April 5, Florencia Magalí Morales, 39, mother and grandmother, was found hanged in a police station in the province of San Luis. The policemen had detained her when she left her house on a bicycle to buy food, but since she was not carrying identification, they accused her of violating the quarantine. Months later it was found that she was murdered. They strangled her.

Another high-profile story occurred on June 26, when Tucumán police officers arrested Walter Ceferino Nadal, 43, on the street, when a woman accused him of having wanted to rob her. The man was suffocated to death by cops who lowered him to the floor, similar to George Floyd, the case that shocked the US.

In 2020 Lucas Nahuel Verón was also assassinated. That day, he was turning 18 years old. He was a block from his house. He was riding a motorcycle with a friend when policemen from the Province of Buenos Aires shot him. And we still don’t know for sure what happened to Facundo Astudillo Castro, the 23-year-old who disappeared last year. The last time he was seen, was when he had been detained by the Buenos Aires police; 107 days later, he was found drowned.

Before the pandemic, a crime altered Argentine society. In the early morning of May 20, 2019, the adolescents Gonzalo Domínguez, 14 years old; Rocío Guagliarello, Camila López and Danilo Sansone, 13, and Aníbal Suárez, 22, went for a drive in a car and were chased by Buenos Aires police officers who shot them. The shooting caused a crash of which only Guagliarello survived.

The list is long. There are thousands of victims and Lucas is not and will not be an isolated case.

We know that he will not be the last either, because no political party, no leader, has the complex comprehensive reform on its agenda that, for the good of society, the police forces need. Now, the police forces generate more fear than insecurity. They are a danger.