Argentina: Why has Rosario become a police chronicle?

The wake of violence that hits Rosario, one of the main and most populated cities in Argentina, is no coincidence
Share 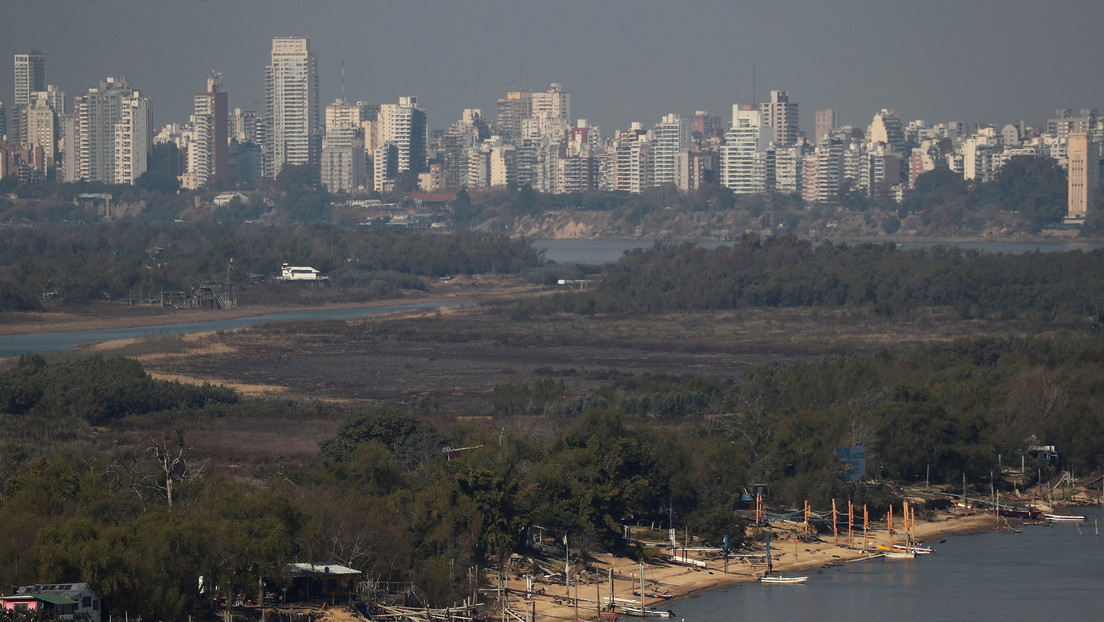 In a single day, six people were murdered in Rosario, a city in the province of Santa Fe, Argentina. All were executed at different moments and in the same way: surprised by a blast of bullets.

Among the victims that day was Carlos Héctor Argüelles, who was shot twice in the head in front of his wife and his children. Argüelles suffered his fourth attack since he had agreed to collaborate as a ‘repentant’ in the investigation against Esteban Alvarado, head of a historic criminal gang in the city known by the same surname.

Before him, Marta Beatriz Aguirre, 22, died after being shot in the head when her house was attacked by two men on a motorcycle. Eight impacts were found in the front porch, one of them entered through the window and impacted the young woman, while she was tending a modest ice cream parlor inside her home.

In mid-August, a 24-year-old man was killed by criminals who broke into his home. The criminals shot at the young man, killed on the spot, and his girlfriend, who was admitted into intensive care. Then they fled, also on a motorcycle, according to a report by Facundo Lo Duca for RT.

The wake of violence that hits some of the main and most populated cities in Argentina is no coincidence. The place, where Lionel Messi and Mario Kempes once learned to play football, with one of the main ports in South America for the global agro-export trade and one of the urban centers most visited by domestic tourism, today stains its streets with blood and thickens the pages of the police chronicle in the middle of the important trial to ‘Guille’ Ariel Cantero, leader of the group Los Monos, another emblematic criminal gang dedicated to drug dealing and extortion.

During 2019, the province of Santa Fe tripled in homicides the national average rate, according to the latest official report from the Public Prosecutor’s Office. The investigation details that 80% of those events took place in Rosario and the city of Santa Fe.

Other aspects of the report that should be considered are the historical series of annual homicides. The year with the fewest incidents was 2006, with 216 murders, while in 2013, the figure rose to 438, when a bloody dispute broke out between Rosario drug groups after the death of another of the Los Monos bosses. A year later, it rose again to 461, still a record amount.

Los Monos, the story of a clan in Argentina

More than 25 years ago, an Argentine criminal organization appeared in Rosario that, with time and a violent methodology, would evolve into the most dominant drug trafficking gang in its territory. The band emerged in the neighborhood of La Granada, south of the city. Its first leader was Ariel Máximo Cantero, alias ‘the old man’ (El Viejo), today on probation. He started with common crimes, but then, together with his sons Claudio ‘Pájaro’, murdered in 2013, and Ariel ‘Guille’ and Ramón Machuca, both detained, they turned their criminal activities to the business of commercializing different drugs, increasing the number of its members to about thirty.

With an impressive array of bunkers and outlets, together with the complicity of sectors of the local police (half of its members and collaborators belonged to the security forces) and judicial officials, Los Monos took over the crime map. But with a distinctive characteristic: a brutal use of violence as a form of extortion to eliminate the other gangs that disputed the territory, such as the Alvarados.

In mid-August, seven of its members, including its current leader, Ariel ‘Guille’ Cantero – imprisoned since 2014 – began to be tried again in Rosario for a dozen attacks against the homes of judges and judicial institutions committed between May. and August 2018. When the trial began, court officials asked ‘Guille’ what he did for a living. He was accurate: «I contract hitmen to shoot the judges», said the offender, who accumulates a prison sentence of 62 years, between the provincial and federal sentences.

Carlos Del Frade is a journalist and deputy for the province of Santa Fe. From his beginning in politics, he has denounced the growth of Rosario criminal gangs and the complicity of the State in strengthening them. In fact, the recently assassinated Carlos Héctor Argüelles, who testified against Esteban Alvarado, had confessed that he was still on the narcocriminal’s black list.

«This trial of Los Monos has to do with the consequence of the first judgement for illicit association that was made between November 2017 and May 2018. When the sentences were made effective, in the provincial Justice system fourteen acts of violence against judges and prosecutors began to be executed. Half are attributed to ‘Guille’ Cantero”, explains the deputy in dialogue with RT.

Politicians and judges agree on one thing: even in prison, Los Monos can generate social instability in the streets in order to continue with their extortions and, of course, so as to not lose the monopoly of their business. “In the neighborhoods the shootings and usurpations continue. All linked to this narco-police gang. They are the ones that complicate people’s lives the most, because they have to do with drug dealing in the streets, which is why they are the last links in the commercialization chain», adds Del Frade.

The journalist also assures that the drug trafficking business in Rosario is parastatal. “The corrupt niches of the states are changing systematically. Where it is seen the most is in the agencies of the provincial security service”, he details. And he adds: “There are also political and judicial sectors that have looked the other way for a long time. The first shipment of cocaine arrived at our port from Bolivia on April 24, 1978 during the dictatorship. That’s when the ‘activity’ began».

For the deputy, there are several decisive points where all the political forces must agree to combat the problem. Among them, Del Frade highlights the urgent elimination of corruption niches in the security forces. He will also aim for the maximum reduction of the circulation of weapons between vulnerable neighborhoods and, fundamentally, attack money laundering.

«The latter makes possible the permanent recycling of criminal businesses. In the neighborhoods, the State must make a virtuous presence of itself: work, education, culture and sports. As long as that does not happen, the youngest are going to be the most affected. They are the first to be recruited to work in the illegal trade”, asserts the journalist.

Origins and political use of Los Monos

The media coverage of the criminal group led by the Cantero family was profound. Since they were consolidated, Rosario was compared with Medellín and Sinaloa by the mainstream media, after the advance of drug trafficking, along with a ‘cartelization’ of Los Monos. However, many specialists agree that these comparisons are far from accurate, given the volume of drug marketing and money collected from the criminal gang.

Enrique Font, a criminologist and researcher from Rosario, assures that Los Monos were used «politically» by the provincial and national government in the misnamed «war on drugs». “We cannot understand the story of a powerful or weak criminal if we do not see him in relation to how the State interacts with him. And a gang whose stamp is violence, were used many times for electoral purposes. And that is counterproductive», says Font.

If we go back to the biography of the group, we must go back 40 years, when the Cantero family settled in the La Granada neighborhood, south of Rosario. At that time, its members were dedicated to stealing horses to use them as transportation in their daily work as collectors of cardboard and other supplies. In fact, when one of his first bosses, Ariel Máximo Cantero, alias ‘The old man’ (El Viejo), was arrested, he was in a car of that style. «He was not on top of a Mercedes-Benz, but a horse», highlights the specialist.

Little by little, the members became linked to the marijuana business and also with the Rosario’s fierce soccer fans . «They negotiated with the deputy commissioner of their neighborhood, something very basic. They consolidated themselves in the early 1990s thanks to the expansion of the cocaine trade from other countries, such as Bolivia and Colombia, not because of their own virtues. And that is not the fault of Los Monos, who never left Rosario, but of more powerful gangs that were able to enter the shipments with the complicity of the State”, details the criminologist.

For Font, the wave of violence unleashed in the Argentine city is not only due to the strengthening of criminal groups, but also due to the repeated social and economic crises of the country, that preceded them. “The pressure to build an identity in the most vulnerable young people collided with the exclusion of the labor markets. Unemployment at the end of the ’90s can hit a generation later, in terms of the attraction of crime as a way of being included”, says the specialist.

The ports of Argentina and the entry of illegal shipments

The port of Rosario is one of the most important in Argentina. Given the large volume of agricultural production in the province of Santa Fe, such as soybeans, its river terminals, both private and public, became essential for international trade. However, it is also the main point of entry and exit for drug shipments.

«The great illegal traffics are done by the great legal routes. The bulk is from large port to large port because it is more difficult to control in industrial quantities. The significant volumes of illegal economies require being in places with legal economies and Rosario is a city where money laundering from agribusiness is very large”, highlights Font.

Los Monos, however, do not apply in this last category. “They never seized large amounts of drugs and it is because they probably did not have them. The tax evasion of a cereal company, on the other hand, can have an impact on ‘feeding’ other groups of more powerful drug traffickers», adds the researcher.

For Carlos Del Frade, private ports «are hotbeds of permanent illegal activity». «It is there where the bulk of the cocaine that arrives and is exported begins to appear», says the deputy. «The first complaint made in this regard was made by the US Drug Control Administration in 1998. Today 75% of Argentine exports enter and leave through there without control. In fact, in February of this year 16 tons of cocaine came out crossing the Paraná river and it was only demonstrated when it arrived in Europe».