Barinas: What does the opposition and the Venezuelan government have at stake in Sunday’s election?

This Sunday the regional elections will be held in the state of Barinas, which although it is a small state, is key to defining the future of national politics, for the next few years.
Share 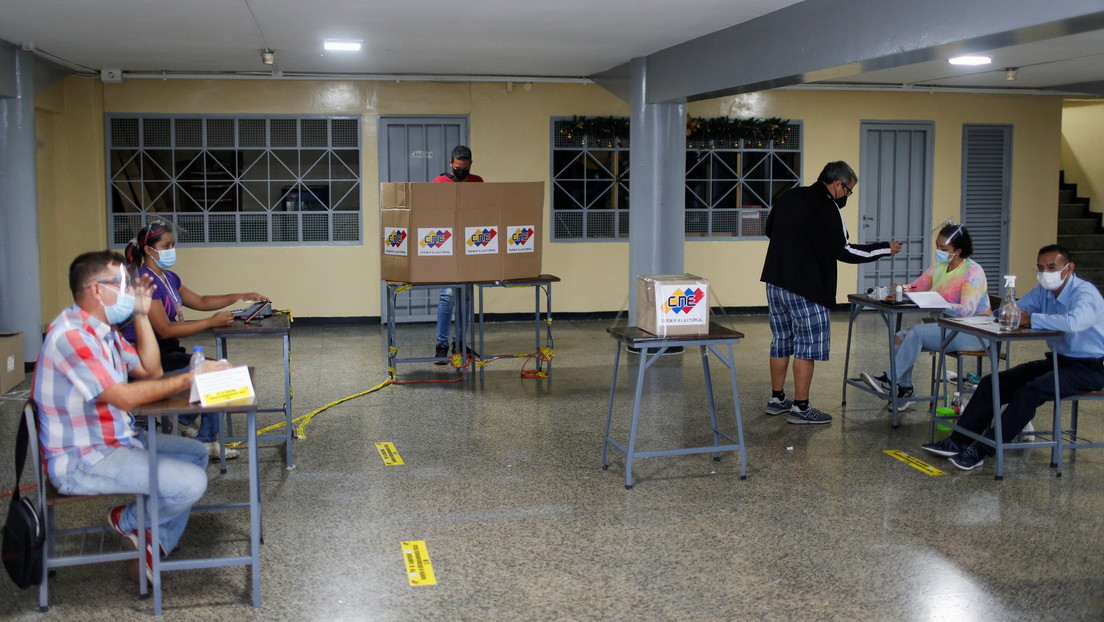 The regional elections in Venezuela are not over. We still have to wait for the election that will be held this Sunday in the small but symbolic state of Barinas –with fewer than 400,000 inhabitants–, which will seal the direction of the elections that were initially called in November of last year.

That day, in November, the governing party swept the number of representative positions, but fell back in the votes obtained in the territories they considered their domains, explains Ociel Alí López in an article for RT.

Although this election does not change the political-territorial map, it could change the symbolic map which is the most important. And the state of Barinas, is very important in this symbolic map.
Barinas is the home state of the late former president and founding leader of the Chavismo, Hugo Chávez. Consequently, it has also been an electoral territory conquered by several members of his family, who won all the elections since 1998 until Argenis Chávez lost the last election against Freddy Superlano, of the Democratic Unity Table (MUD -Mesa de la Unidad Democrática), in a tight count that remained at 37, 6% for the opponent and 37.2% for this leader of the Chavismo.

However, the Supreme Court of Justice (TSJ) disqualified who it considered the winner and called for new elections.

As might be expected, boththe Chavismo and the opposition have put all their concentration and all the cards on the table to win this position of representation.

The Chavismo has tried to rebuild itself by launching Jorge Arreaza, who has been chancellor and minister for many years. It attends to the profile of a high-level official, who has been part of Chávez’s political family, but does not have the last name and is not from that state, which, although it makes the ties clear, also tries to lower the prominence of direct relatives of the charismatic leader who, for 22 years, have occupied governorships and mayors.

Arreaza’s candidacy has articulated sectors of dissident Chavismo and tries to recall the traditional readings that the political movement maintains towards the significance of Chávez ( as a symbol), unlike the more heterodox campaign of November. But this may not be enough.

It should be noted that, according to the figure made official by the TSJ, there is 25.2% who voted for other dissident options to the PSUV and the MUD in the state of Barinas in the November event, and these are essential to achieve victory.

But there are no published polls, so it is not possible to foresee how voters will behave in this new electoral confrontation, especially when the figure of Chávez is at stake. The situation may generate reactions of automatic support, but the fact that the Supreme Court has intervened the previous result could also generate reactions of a punishment vote.

There is a lot in play in Barinas

The MUD has also been reconfigured for this election event. On the one hand, it was able to face a barrage of disqualifications to three proposed candidates and succeeded in getting the current candidate, Sergio Garrido, to receive the support of other formulas that in November were considered enemies or «scorpions» by the traditional opposition, such as the case of Avanzada Progresista.

Garrido, with a moderate profile, is from the Acción Democrática party, but he will not present himself with that party’s electoral card, which will support a third option.

Polarization works for Garrido to the extent that, with it, he can win over the people who might consider the option of Claudio Fermín, who represents the opposition that has maintained an open dialogue with the Maduro government and has not followed the radical designs of the disruptive anti-Chavismo.

What could happen in Barinas?

If Arreaza wins, the government will have deflated the opposition once again and will strengthen its narrative of a ‘definite triumph’ that paints the national map red, with few exceptions. It would also verify that its strategies are really successful and that they managed to subdue the anti-Chavismo in an incontestably democratic sphere, which would give it confidence to face the situation of 2024.

But if this does not happen, and the opposition is the winner, then those factors will have found a winning formula that they could successfully extrapolate to the presidential elections.

On the one hand, because they manage to defeat the Chavismo in a territory that, more than their comfort zone, is their sanctuary. And on the other hand, because they would be winning over the great strategies of the ruling party, such as high abstention and the opposition division, all at stake in this campaign.

If the opposition can jump both hurdles, then it will establish its capacity and potential to win a presidential election and the ruling party, although it has won 19 of the 23 governorships, could feel itself stalked.

The abstention, which always hurt the opposition, in November also affected the Chavez forces that lowered its vote nationwide, but especially in their territories, and it was found that this scourge can also be a boomerang for the government.

It is obvious that the opposition division stands out strongly due to the candidacy of Fermín, a veteran leader who has confronted the traditional opposition, has been a presidential candidate and today, he has launched himself in Barinas to try to prevent his triumph (Garrido) in a more or less veiled way , both because of his statements, and because of the little chance he has of winning in a state that is not his and in which he has not been involved in politics.

But if the ‘subtraction’ from the opposition vote that Fermín will produce that day is not enough, then the strategy by the ruling party to win by dividing the adversary could collapse and its result would be quickly extrapolated, hypothetically, to the national sphere.

So, there comes the worst of the symbolic charge. If the Chavismo were to lose, not only would the defeat weigh down on President Nicolás Maduro, but it would also mean a hard blow for the political movement as such, including other leaderships and sectors, because someone close to Chávez would lose and not a «candidate cooked up» recently by the ruling party. All this in the territory called «cradle of the Revolution».

That is what is at stake. It remains to await the result and evaluate the consequences that this will bring in the national politics, for the next few years.