Bolívar Digital: this is how Venezuela implements the new monetary expression

El Bolívar Digital seeks to reduce the use of cash and diversify digital transactions in its different modalities.
Share 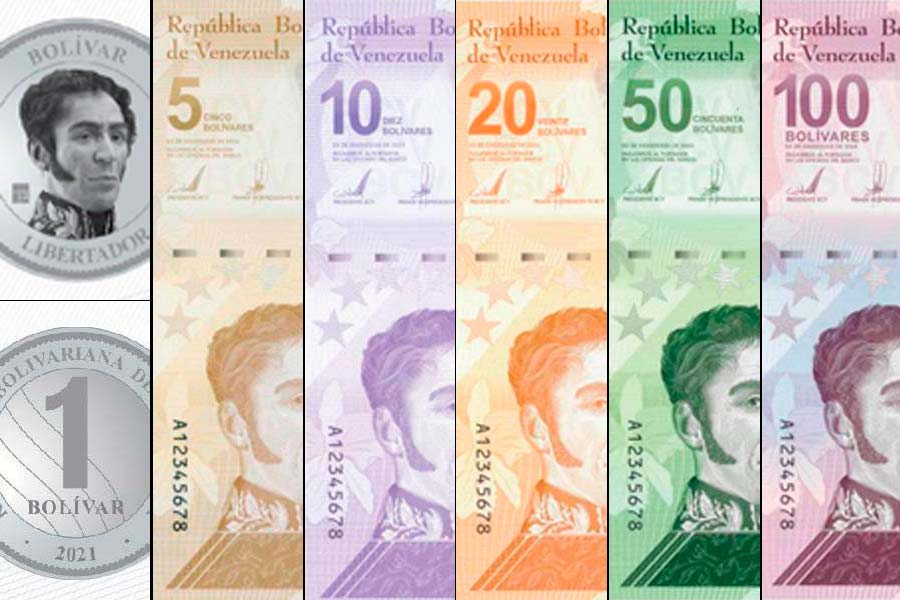 As of this October 1, the ‘Bolívar Digital’ comes into force in Venezuela, a measure that implies the suppression of six zeros in the monetary scale and that aims to promote the use of electronic means as payment methods, to progressively reduce the use of cash.

The Venezuelan vice president, Delcy Rodríguez, announced earlier this week that on Thursday (30/09), starting at 8:00 at night, the different public and private banks would disable their systems to make the necessary adjustments. According to the schedule, the platform will be replenished as of Friday, October 1, when businesses and users will be able to start using the new monetary expression.

However, several banks began on Thursday to make partial adjustments to their systems, while businesses have decided to avoid the use of points of sale for card payments, as well as some digital options, such as electronic transfers, describes a report by RT.

In some commercial premises they have placed notices to alert that they will only receive payments in cash, including foreign currencies, while other businesses keep active payments with debit cards and other digital payment methods, even with cryptocurrencies.

As a preventive measure, a large part of the population prioritized payments for condominiums, services and other transactions in advance, as well as businesses and companies, which even payed the wages of their workers earlier.

1) With the new Bolívar, cash bills and coins are eliminated?

On August 5, the Central Bank of Venezuela released a statement to publicize the new monetary expression that would be launched and announced the circulation of a new monetary cone, made up of three coins and five types of banknotes.

2) What will happen to businesses that do not have a digital platform?

The reason that physical bills and coins are kept in circulation, as explained by the Venezuelan authorities, is to sustain transactions in places where there are difficulties in the use of digital platforms, as is still the case with passenger transport, the informal economy, among other sectors that are usually affected, especially in regions far from Caracas, where there are persistent failures in the electricity supply, internet and with the digital telephony.

However, it was announced, this week, that in the case of public and private transport, the Government will enable an electronic payment system through the VQR code, which will be associated with the Patriadigital platform.

The mechanism can be used with smartphones, in this way, the user will show the code from his o her mobile device to the transport service and the driver or the person who collects de money can scan it to enable the payment, which will go directly to the bank account of the service provider.

The person who does not have a mobile device, can buy a «VQR ticket» or a prepaid card in authorized agencies, to use the units of transport. According to the Minister of Transport, Hipólito Abreu, they have already managed to incorporate more than 10,000 vehicles into the innovative system, and the idea is that it be extended to all fleets.

3) Why a digital currency?

The Bolívar Digital arrives in the midst of a de facto dollarization that has taken hold in recent years in Venezuela, which is why the country’s authorities have stressed that one of its objectives is to preserve, strengthen and boost the national currency.

In this way, the Government also intends to initiate a process of economic recovery to cut the dependence on the physical bank notes of dollars in retail operations.

Another important point is that the Digital Bolívar will not affect the current value of the Bolívar. This week, Vice President Rodríguez assured that its price in the exchange market will remain the same, since the only thing that will happen is the elimination of the six zeros.

«Any amount expressed in national currency will be divided by 1,000,000. In other words, 1,000,000 is going to be equal to 1 bolívar”, explained Rodríguez about the conversion implemented in the country.

4) How will the transactions be diversified?

In addition to reducing the use of cash, the new monetary expression aims to increase and diversify digital transactions in its different payment methods: transfers, mobile, text messaging, fingerprint, QR code, points of sale and others.

For this reason, and in parallel, public and private banks advance the activation of the new coins and banknotes for the purchase and sale of currencies through their digital platforms, which allows account holders to carry out personal transactions to exchange bolivars for dollars and / or euros, or deposit foreign currencies to convert them into bolivars whenever they want.

This option, enabled in a large number of banks, allows savers to avoid hyperinflation, by converting their bolivars into foreign currencies and vice versa. On a daily basis, these currencies average a value disclosed by the BCV and that is quite similar and even sometimes higher than the so-called “parallel average”, which has been constantly described by the Venezuelan government as an element used to boycott the economy.

5) What are the difficulties for the new Bolívar?

In mid-September, the Venezuelan authorities denounced that several computer attacks were perpetrated from the United States on the platform of Banco de Venezuela (BDV), the State financial institution with the largest number of users in the South American country.

Rodríguez denounced that the attack, which caused the bank’s IT platform to collapse for five days – between September 15 and 20 – had been «intense and aggressive», and aimed at «degrading the natural and normal functioning of the bank system» to damage «the brain» of the banking platform of the BDV.

The official asserted that this attack also sought to boycott the implementation of the Bolívar Digital and was detected through the Anti-Intruder Protection System (IPS), which was able to register «the trace» of the aggression generated in the United States.

Days later, the system of the also state Banco Bicentenario suffered a series of attacks that would have been executed from Colombia, Chile, Ecuador and Canada.

Rodríguez denounced that the attack coincided with the meetings that the President of Colombia, Iván Duque, held with the head of the US Southern Command, Craig Faller; and with the fugitive from the Venezuelan Justice, Leopoldo López.

For her part, the Minister of Science and Technology, Gabriela Jiménez, added that the attack against the banks is persistent, but assured that the workers were being vigilant to counteract attempts to damage the banking platforms.