Brazil: the battle for the Presidency between Lula and Bolsonaro increases in social networks

In social networks, Bolsonaro managed to unite the 'conservative world' of Brazil, where he produced a demonic speech against the Left
Share 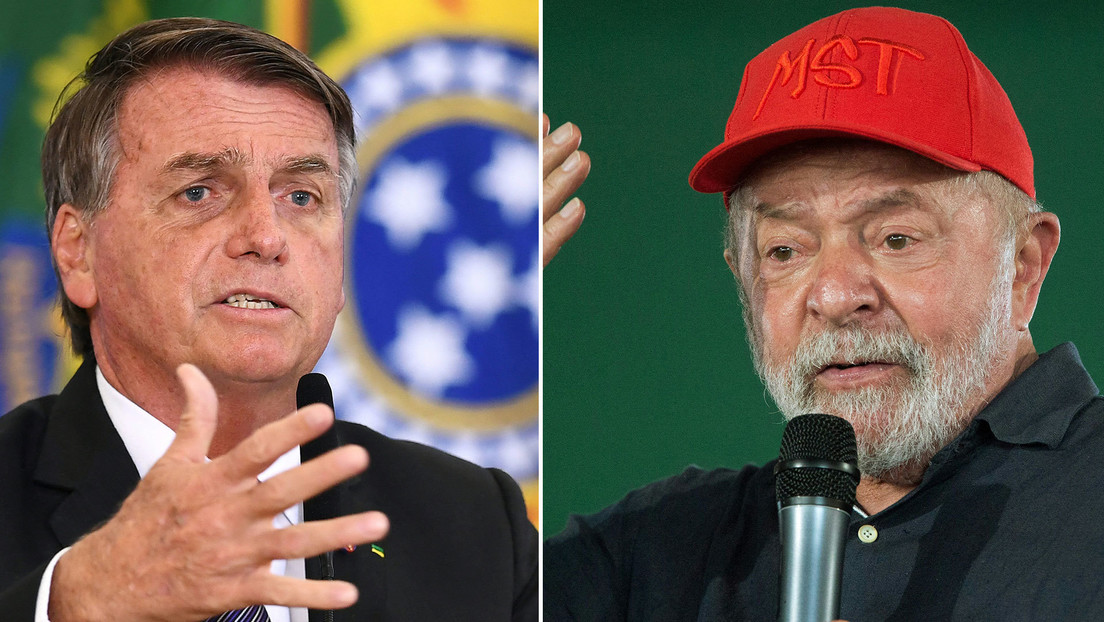 With less than two weeks left for the presidential elections in Brazil, social networks echo a fierce, scathing campaign, in which direct accusations, epithets and personal attacks have skyrocketed among the competitors.

The profile of the giants who star in the diatribe differs too much in the virtual world and this has a political effect that until now has been undeniably in favor of the current president Jair Bolsonaro. However, the leftist candidate and former president, Luiz Inácio Lula da Silva, has been advancing in this field, which was a privileged space for the victory of the former in his successful 2018 campaign.

Lula is more like an analogical leader. His political ascent was forged in interpersonal and direct relationships in the factories, the roads, the mobilizations and sidewalks. A metallurgy worker whose career was promoted amid the secrets and discretions imposed by the military dictatorship and the total censorship of the Brazilian media, explains sociologist Ociel Alí López for RT.

When Lula won the elections in 2002, just like the previous times he had tried without success, social networks did not exist. If anything, the Internet was already emerging, but it was not considered the leading sphere that it is today for doing politics and getting votes.

Quite the opposite occurred during the political rise of Bolsonaro. His career is not so new. He comes from being a councilman since the nineties, then a deputy for almost 25 years and on several occasions he managed to get a good number of votes. He knew how to remain a kind of ‘outsider’ in the political sphere, a defender of military causes and a nostalgic for the dictatorship. He always represented the most radical values of conservatism, which helped him on several occasions.

However, his rise to the level he would eventually reach was unimaginable until then. For example, when in 2017 he tried to be president of the Chamber of Deputies, he obtained just four votes. Very different from Lula, who was a presidential candidate four times before reaching the presidency and a recognized national leader.2018: the rise of Bolsonaro in Brazil

Bolsonaro’s brilliant career was achieved almost entirely in 2018, the year in which he surprisingly slipped in among the favorites and then he ‘swept away’ with the majority of the votes in the first round of elections after suffering an assassination attempt that ended up boosting him considerably.

It was at that last moment, that the networks turned him into the colossus that he became, without taking away merit from his excellent symbolic management, it was the virtual world that significantly helped him achieve the presidency by a considerable difference of votes between himself and Fernando Haddad, of the Workers’ Party (PT).

His meteoric rise grew from several pillars. The ‘perfect’ connection between his defended military-conservative legacy in Brazil, the discredit of the Workers’ Party after the logical fatigue of almost four presidential administrations, the campaign against the Left for alleged cases of corruption and the effective use of social networks that allowed him to spread a whole number of half-truths, open lies and apocalyptic speech.

The WhatsApp chains served as tentacles that allowed him to permeate new audiences and the decisive use of the social networks allowed him to bury a traditional Left that still greatly privileged the reality of the street over the virtual world.

According to some studies, 120 million Brazilians, of the 208 million inhabitants and 147 million voters who were registered in the 2018 presidential elections, frequently used the WhatsApp messaging chain, through which Bolsonaro’s candidacy aggressively sneaked in, using the political malaise of several years of leftist rule.

The problem at that time is that the Left had also lost the street and the social reality was not accompanying it in the same way as in previous campaigns.

But it was in the virtual field where Bolsonaro, along with his sons, managed to unite the Brazilian ‘conservative world’, not only the elites but especially the popular world, using religion and the gospel for that purpose and producing a demonic discourse about the Left and the PT. Also pointing against the progressive and liberal discourses that had been advancing the fight for women’s rights and for the LGBT community, against racism, the preponderance of the role of the State or secularism.

All these advances are being ‘shot down’ from a speech that successfully dusted off the Cold War’s ‘anti-communist’ doctrine, along with an ‘incorrect’ right-wing populism. Those were the times of the rise of Trumpism.

With all this, Bolsonaro won with a very wide margin. In the first round he took 46% of the votes, while his closest competitor, Haddad, took 29%. And in the final ballot, he achieved 55% against the 44% obtained by the PT candidate, surpassing him in this last round by more than ten million votes.

Now, for his re-election, things do not look the same. Bolsonaro’s administration in Brazil has been classified as disastrous by a good part of the powers of the State and the media that accompanied him in 2018. The coronavirus claimed more than 600,000 deaths amid his indifference and his denial speeches. The PT, and especially Lula, have taken on a new air. And the fight on social networks looks much more even. Almost all the polls give Lula a considerable advantage.

But there are still several open flanks where the dispute does not end.The fight in the virtual world

Due to changes in the permissiveness of several famous communication companies, Bolsonaro has openly criticized – as former US President Donald Trump did at the time – the main social networks and has urged his followers to use Telegram , an agency that is much more tolerant of extreme speech, from where it tries to continue its work of spreading hateful ideas and half-truths.

The Superior Electoral Court (TSE) has been much more careful on this occasion. It has forced him to take down videos and the Lulaflix page, where harsh messages against the Left and Lula are concentrated, is being closely monitored, although it is still open.

However, what Lula’s campaign can do from legal denunciation and electoral regulations is ineffective. For this reason, Lula’s followers have created Bolsoflix, a page that, in the same tone as Lulaflix, attacks Bolsonaro and his management in the face of the coronavirus, the corruption, his lies and the enrichment of his family, as well as the hateful reactions of some of his followers.

In the same way, Lula already has a presence on all networks, although not yet with the power of Bolsonaro.Lula and Bolsonaro in the social networks of Brazil

Something similar happens in other networks. On Twitter, for example, Bolsonaro’s official account has almost 9 million followers, while Lula’s barely exceeds 4 million.

The truth is that Lula is advancing in the virtual field, but he still has a long way to go to catch up with Bolsonaro, whose tabloid, incorrect and anti-political discourse allows him to raise much more ‘attention’ to his words, something that is essential to succeed in this field.

Perhaps that is why Lula has had to enter into a direct diatribe and use the language of Bolsonaro. Since one of his first acts of the campaign, he has been repeating it in different ways: «If there is someone possessed by the devil, that is Bolsonaro», with which he rescues the story of the current president and his virulent disqualifications to redirect the effectiveness of this speech in the conservative world and especially in the evangelical voter. This religious group has turned out to be key to Bolsonaro’s entry into the popular world, which was dominated by Lullism for decades and is now in dispute between the two political leaderships.

According to various surveys, Lula is comfortable in the lead. But in the virtual world the dispute continues to develop. Lula is advancing but it is not known if enough, at least to cut off the freedom enjoyed by Bolsonaro in his attacks and in anti-petism (anti PT) in general.

In the remaining days of the campaign in Brazil, this terrain will be key. It is possible that with the progress of Lula and the limitations of both the TSE and the communication companies themselves to the ‘fake news’ of Bolsonaro, the virtual campaign will be even more even. But it is also true that Bolsonaro is an excellent competitor in this field and any new ‘show’ can give him the upper hand.

We will be attentive not only to the polls in Brazil, but also to what may happen in the virtual field that today is key to winning elections, even more so, if it is intended to triumph with the majority necessary to end the duel in a first round.