Brazil: The reason why DiCaprio made Bolsonaro angry again  because of a publication about the Amazon 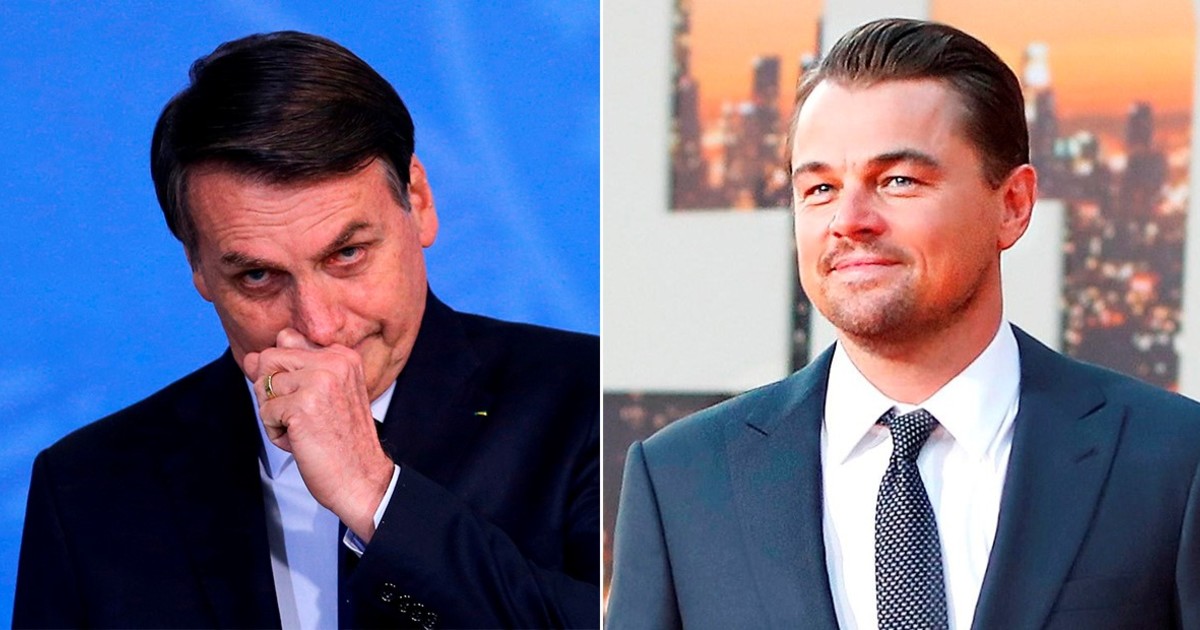 The president of Brazil, Jair Bolsonaro, attacked Leonardo DiCaprio again for a publication that the actor made on his social networks about the Amazon.

On Tuesday, on his Twitter account, DiCaprio posted a video of a map from the Brazilian organization MapBiomas showing the change the Amazon has suffered due to illegal deforestation.

“How extensive is deforestation in the Amazon, one of the most important places on the planet for people and wildlife? According to this map from MapBiomas, the region has faced an avalanche of illegal deforestation at the hands of the extractive industry in the last 3 years”, wrote the actor.

A day later, on Wednesday night, Bolsonaro’s response came: «You again, Leo? This way you will become my best electoral cable, as we say in Brazil!”, informed RT.

«I could tell you again to give up having a yacht before giving sermons to the world, but I know progressives, they want to change the world but they never want to change their behavior», added the president in his attack on DiCaprio.

He also told him that he can «keep playing» with his «Hollywood star toys» while he and his government continue to work.Brazil: “The nation that preserves the most”

Bolsonaro complained that the actor pays more attention to the South American giant than to the forest fires in Europe and the US. «One can wonder if he is obsessed with my country (or its resources) or if he simply believes that Brazil is the only one on Earth», argued the Brazilian president.

In the cataract of messages that followed, the president told the actor that unlike the places he pretends not to see «brilliantly playing the role of a blind man», Brazil «is and will continue to be the nation that preserves the most».

According to Bolsonaro, during his administration the average deforestation has been much lower than in past administrations. An issue that contrasts with what was reported by MapBiomas, which indicates that in 2021 deforestation grew in all Brazilian biomes and that only the Amazon lost 18 trees per second.

The president said that «all those who attack Brazil and its sovereignty» are unaware that they have preserved «more than 80%» of its native vegetation, that they have the cleanest energy among the G20 nations and that they announced a new commitment to eradicate illegal deforestation by 2028, and not by 2030 like most countries.

Bolsonaro asked DiCaprio to stop spreading «misinformation» as he did in 2019, passing off an old photo about the Amazon wildfires as being from that year.

Finally, the Brazilian president asked the actor: «What do you think about the success of the coal market in Europe?».Previous controversies

This is not the first time that Bolsonaro and DiCaprio have argued over the Amazon. In November 2019, the president accused the actor of giving financial support to local environmental organizations that «set the Amazon on fire»; something that the Hollywood star denied.

In August 2020, after DiCaprio questioned the work of the Brazilian Government to confront the fires in the Amazon, the Brazilian Vice President, Hamilton Mourão, challenged him to make an «eight hour» journey through the Amazon region, to «better understand how things work».

At the end of April and the beginning of last May, Bolsonaro responded to DiCaprio again, after the actor urged the young people of Brazil to vote in the next elections in October, when they will elect the new president, thinking in favor of the Amazon.

“Brazil is home to the Amazon and other critical ecosystems in the face of climate change. What happens there concerns us all, and the youth vote is key to driving change towards a healthy planet», said DiCaprio.

Bolsonaro responded ironically: “Thank you for your support, Leo! It is very important that all Brazilians vote in the next elections. Our people will decide if they want to maintain our sovereignty over the Amazon or be governed by thieves who serve foreign interests. Good job on The Revenant!” he wrote on Twitter.

Later, in an informal chat with the press, the president commented that «it would be good if DiCaprio kept his mouth shut instead of talking nonsense out there».