Can indigenous people prevent others from usurping their popular elected positions in Mexico?

Inclusion itself, even though it is regulated by law and is even part of an electoral process, is not effectively guaranteed if there is no control over compliance with the parameters that ensure that historically excluded sectors are part of the process
Share 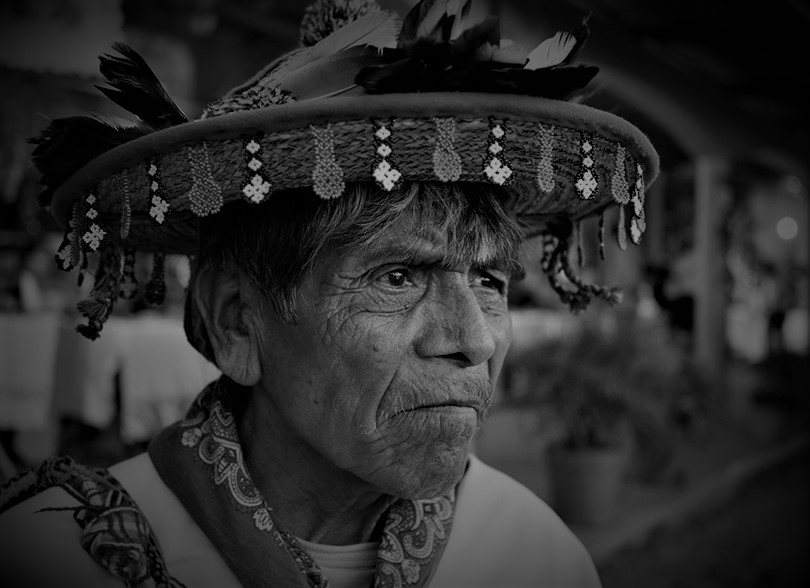 Inclusion itself, even though it is regulated by law and is even part of an electoral process, is not effectively guaranteed if there is no control over compliance with the parameters that ensure that historically excluded sectors are part of the process. This occurs in Mexico with popularly elected indigenous positions, which despite the fact that they exist, they have been usurped by people who do not represent the original communities.

Faced with this situation, the General Council of the Institute of Elections and Citizen Participation (IEPC) of Chiapas approved the issuance of the Operating Rules in order to verify the documentation presented by the political parties to accredit the Qualified Indigenous Self-registration for the nomination and registration of candidatures for the positions of Local Councils and members of the City Council.

This situation is addressed in a report released by the Mexican media Chiapas Paralelo, written by Yessica Morales, and in which the situation regarding the usurpation of the positions designated for indigenous representation is explained. To avoid this situation, the Movement for the Free Determination of Indigenous Peoples in Chiapas, urged the electoral bodies and political parties to respect and that a guarantee of the indigenous affirmative action, which through the INE / CG572 / 2020 agreement , considered essential to increase from 13 to 21 the number of districts with 40% or more indigenous population, and also 11 women should be nominated.

This concern arises due to the upcoming 2021 electoral process, in which federal and local deputies and members of city councils will be chosen. In addition, it is also generated based on the actions issued by the National Electoral Institute (INE) and judgments of the Superior Chamber of the Electoral Tribunal of the Federal Judicial Power (TEPJF).
In this agreement, the Committee for the Elimination of Racial Discrimination indicated its concern about the «number and range of government positions held by indigenous people, especially women, in Mexico», therefore, it recommended that Mexico redouble its efforts to ensure full participation of indigenous people, especially women, in all decision-making institutions, particularly in representative institutions and in public affairs.

It also calls for effective measures to be taken to ensure that indigenous peoples participate at all levels of public administration.

Usurpation and dispossession of indigenous candidacies

Chiapas Paralelo explains that the representation in Districts I, II, V and XI in Chiapas, for example, were usurped by non-indigenous people who self-assigned themselves for their convenience and because of power agreements. In the case of District I Palenque, the Together We Will Make History Coalition (Juntos Haremos History) nominated Manuela Obrador, the candidate usurped the place that an indigenous woman should occupy.

On the other hand, in 2018, it was revealed that former secretaries of the Chiapas government falsified documents to obtain candidacies and reach the Congress of the Union, Humberto Pedrero Moreno and Rubio Montejo, in District II Bochil and District XI respectively.

As federal deputies were elected, says the Chiapas Paralelo article, complaints were filed with the Electoral Tribunal of the Federal Judicial Power (TEPJF), since they falsified documents of the authorities of the Monte Grande and Jerusalem towns, who indicated that neither Pedrero and Rubio are indigenous, they have never lived in these communities, and that they did not even know them. They also filed a criminal complaint against them.

Other cases mentioned by the Movement were that of Alfredo Vázquez Vázquez from District III Ocosingo and Clementina Marta Dekker Gómez from District V San Cristóbal de Las Casas. However, in the case of Rubio Montejo, they highlighted that he seeks to be reelected, but they are aware that he usurped the indigenous identity.

“It is outrageous that electoral institutions, as well as the then CDI endorsed his identity (…) although Roberto Antonio Rubio Montejo is not indigenous, nor does he speak Tojolabal and even less is he a Tseltal indigenous, we ask the electoral authorities to verify the qualified self-assignment so that the representation be indigenous in the next legislature», claimed the indigenous Movement of Chiapas.

The group added that another of the usurpations of indigenous identities occurred in the local district XXI Tenejapa, where Valeria Santiago Barrientos, who is not indigenous, was a local deputy for the Green Ecologist Party of Mexico (PVEM) and during the last electoral process she executed violations of the collective rights of indigenous peoples.

The movement demanded that in this electoral process the affirmative actions for indigenous peoples be complied in both the federal and local councils and municipalities of Chiapas and Mexico.

They add that in the country there is no other means to guarantee indigenous representation in Local and Federal Congresses, except in Oaxaca, which, through affirmative action, will be able to nominate independent indigenous candidates by its own regulatory systems (uses and customs).

They add that there are legal precedents and that the jurisprudential criteria are applicable for the defense of the collective rights of the indigenous and Afro-descendant peoples and communities of Mexico.