A Chiapas banana company in Mexico has begun to see the positive results of saying goodbye to glyphosate and welcoming organic planting on its banana plantations, a decision that has been key to increasing its production
Share 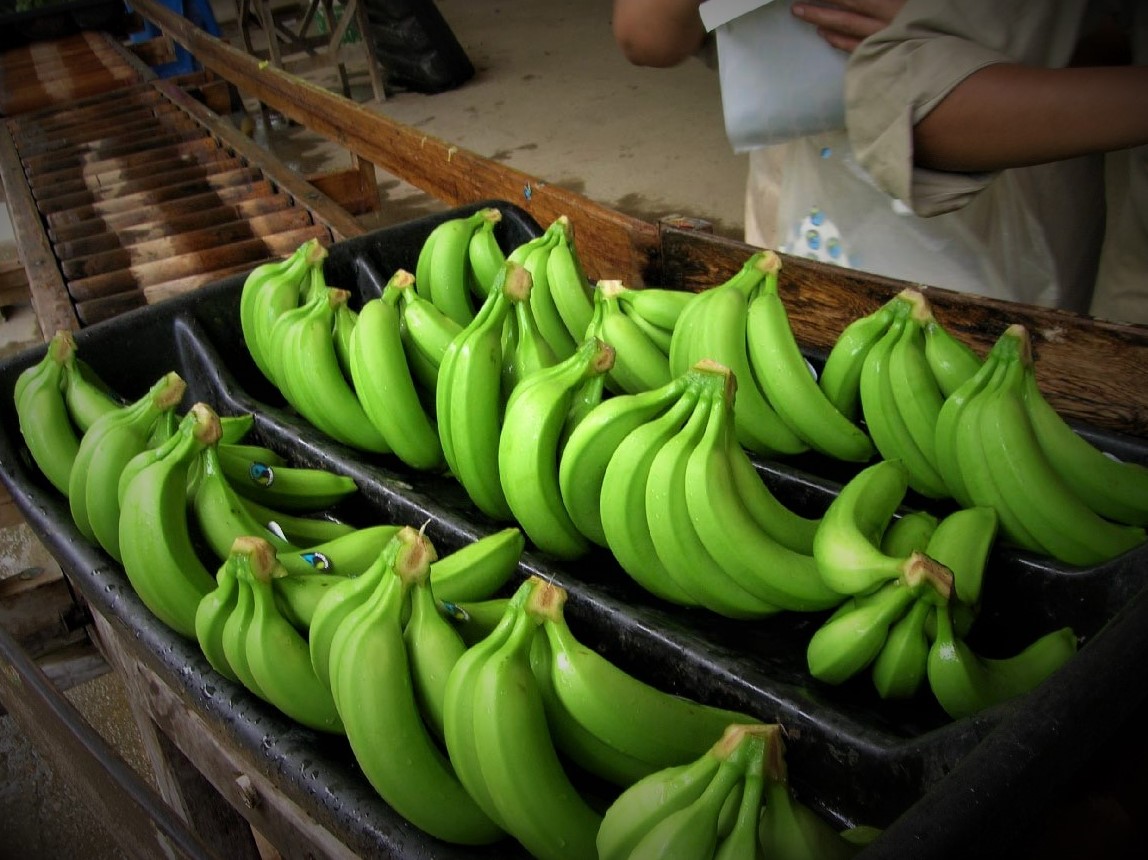 A Chiapas banana company in Mexico has begun to see the positive results of saying goodbye to glyphosate and welcoming organic planting on its banana plantations, a decision that has been key to increasing its production.
The company is located in Tapachula, in the Soconusco commune, a historical, cultural and economic region that belongs to the state of Chiapas and is located in the extreme south of Mexico, on the border with Guatemala.

Banana or plantain is the most cultivated tropical fruit in Mexico and one of the four most important in global terms, only behind grapes, citrus fruits and apples. Only in Soconusco 250,000 tons of bananas are produced annually and exported to the world.

Exal Moreno Tejeda, Field Director of the Nava Company in Tapachula, told the Mexican newspaper Chiapas Paralelo that at the Don Rolando Farm they are dedicated to the cultivation of bananas and the soil is a priority for them. That means the elimination of herbicides like glyphosate and paraquat, in order to make a sustainable farm with better yields.

Moreno commented that in Chiapas the rainy seasons are well defined, which is very important for irrigation, because without it they cannot work the crop.

The rainy seasons are from May to November, but in September and October they can reach up to 6 inches of water, so they must have good irrigation and drainage designs, to have the best oxygenation conditions for the roots.
All this process allows them to collect an average of boxes (with the fruit) per hectare of 3,500, with a goal of reaching 5,000.

In Chiapas, they began with the elimination of herbicides four years ago, which has allowed them to increase to an average of 4,400 boxes of bananas per hectare, therefore, they consider that to achieve their objective they need to increase organic matter, the ‘population’ of beneficial microorganisms in the soil and worms, to transform the residues that come out of their harvest.

Moreno describes that such an environment will favor the obtaining of large and better quality bunches of bananas, thanks to the improvement of the soil, giving the optimal conditions to its roots and being able to achieve a sustainable cultivation with environmentally friendly agroecological practices.

He also mentioned that for the conservation of their soils, they have implemented the ‘lug coverage’ that extends throughout the crop like a carpet, helps prevent soil erosion, gives greater nitrogen fixation, conserves humidity, improves conditions of a microclimate for microorganisms and worms, increases organic matter and prevents weed growth.

The ultimate goal – Moreno says – is to completely eliminate the herbicide from their crops, since the soils were damaged with agrochemicals for a long time and there is no microorganism that survives glyphosate.

In addition, organic production will allow them to obtain healthy bunches of bananas that they will send to the market with less agrochemicals, it will improve the pre-harvest stage, from the moment of the deflowering, and will allow better control of production.

Banana or the plantain is the fourth most important food in the world, only behind corn, beans and rice. At present, it is the most cultivated tropical fruit in Mexico, with an annual production of more than 2 million tons. It is cultivated in 16 states of the Mexican Republic, where Chiapas, Tabasco and Veracruz are the main producers, among the three, they generate more than 60% of the total production.