In Latin America, migrations would mobilize more than 17 million people who would be forced to move from their homes because of climate change
Share 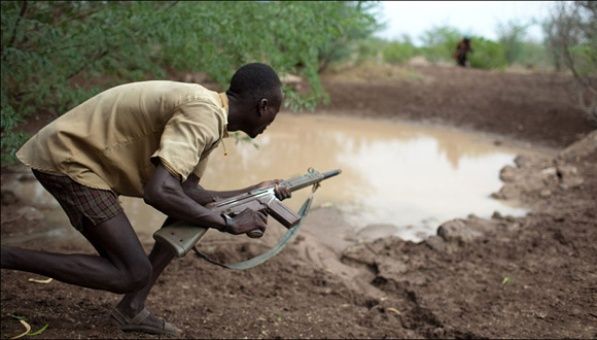 A study by the World Bank (WB) warns that climate change could generate massive internal migrations in countries around the globe, if «early and concerted measures» are not taken in favor of the environment.

According to the latest edition of the Groundswell report – published by the World Bank on its website – climate change could cause 216 million people in six regions of the planet to move within their own countries by 2050.

The study indicates that internal migration “will increase in the coming decades and then accelerate in the second half of the century, if countries do not reduce global greenhouse gas emissions and build resilience to the current and future impacts of climate change», explains RT.

In addition, the report adds that «no region is immune» to this situation, especially where the impact of climate change could damage the livelihoods of populations and, consequently, generate the loss of habitability in the places that remain «highly exposed”.

These displacements could be prevented by applying «early and concerted action» to help reduce global greenhouse gas emissions, while managing «inclusive and resilient development» policies to reduce up to 80%. the scale of the internal migration.

Kanta Endoud and Viviane Clement, lead authors of the report, note that «the opportunity to act» is what still generates hope. «Ensuring that development is green, resilient and inclusive are essential to lower the human cost of climate change».

In parallel, they add, «countries can anticipate and prepare for those elements that promote migration, for example by providing support to communities for adaptation, diversifying livelihoods or facilitating mobility when necessary».

If contingency measures are not applied – the study warns – «critical zones» of migration and immigration related to climate issues would begin to emerge from the year 2030 onwards.

These first outbreaks of migration would occur in places where «livelihoods are threatened» and would target regions «with the best livelihood opportunities».

Endoud and Clement indicate that the hotspots would be generated in 2030 and would continue to «intensify and expand», if no action is taken on them.

For example, they detail that in Africa (south of the Sahara) 86 million internal migrants could be mobilized because of climatic reasons; while in East Asia and the Pacific, they forecast 49 million.

In addition, in South Asia, another 40 million would migrate; to North Africa, 19 million; in Latin America, 17 million, and in Eastern Europe and Central Asia, another 5 million people.