Colombia, all that is still needed to stop the entrenched violence 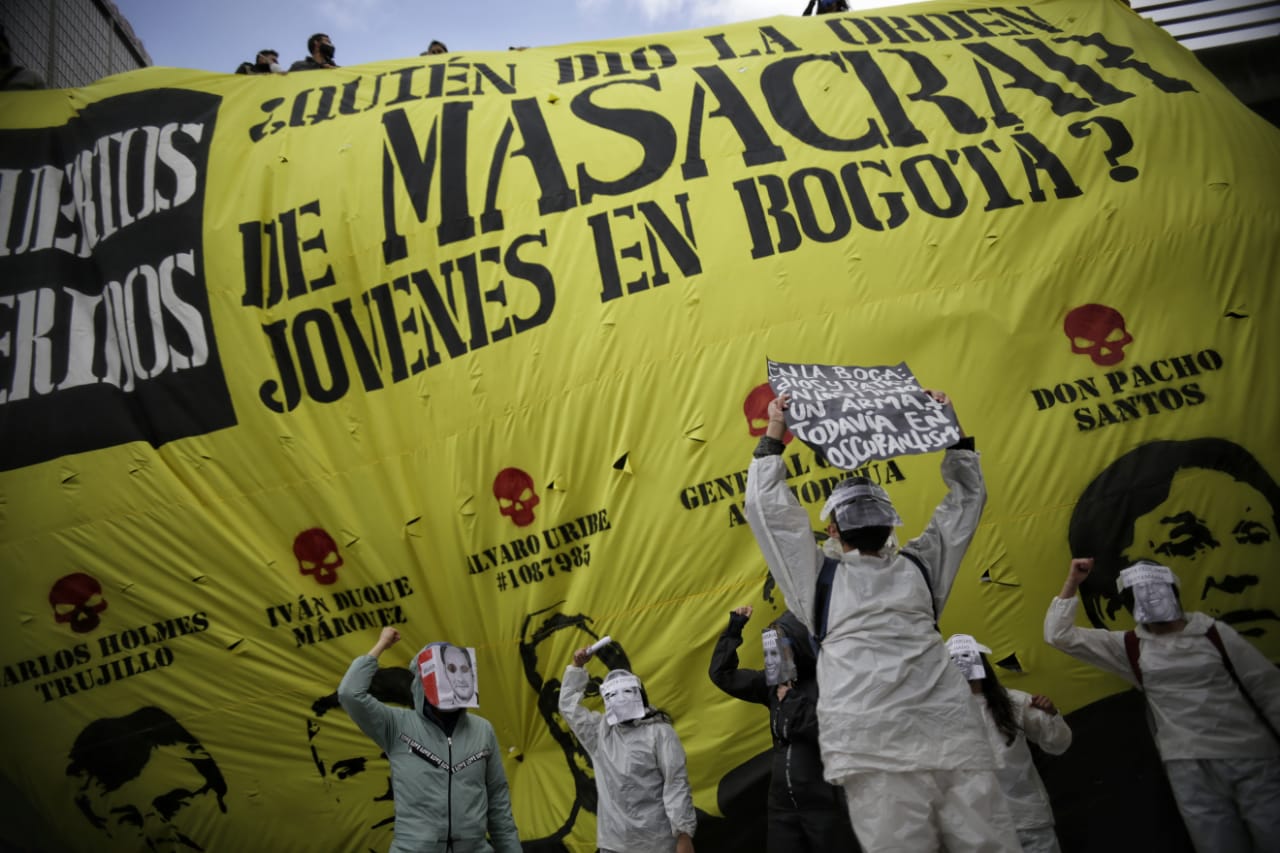 Armed violence in Colombia does not stop. It was assumed that after the signing of the Peace Agreement in the country, between the Revolutionary Armed Forces of Colombia – People’s Army (FARC-EP) and the Colombian Government, by then in the hands of former President Juan Manuel Santos, the country would progress in favor of peace. However, the opposite has happened and after the inauguration of the Uribista Iván Duque, the violent events have multiplied.

The first thing Duque did was break the agreements established in the peace treaty and this encouraged the return of the armed struggle of a faction of the FARC-EP and the resurgence of violence, entrenched in the country for more than 70 years. This has caused the South American country to be affected, above all, the most vulnerable population, including ex-guerrillas and social fighters, among whom are the Afro and indigenous population.

Five years after the signing of the Peace Agreement between the disappeared guerrilla group and the State, the United Nations Verification Mission presents one of its quarterly reports, as established by mutual agreement with the Government of Colombia. This analysis of the conditions of former combatants covers the period between December 29, 2020 and March 26, 2021, explains a report by RT, written by Nathali Gómez.

Among its conclusions, which will be presented this Wednesday by the head of the UN Mission in Colombia, Carlos Ruiz Massieu, highlights the resistance of Colombians, «who are still waiting for the promise of peace to come true». In Massieu’s opinion, «it is impossible to overstate the urgency of curbing violence against ex-combatants, communities affected by the conflict, social leaders and human rights defenders».

Despite the fact that the head of the Mission states that he is aware of the measures taken by the security forces to guarantee the physical integrity of the ex-combatants and social leaders, he is «seriously concerned that these heinous crimes against Colombians continue to be committed».

The agency reiterates its request to «all State entities to mobilize decisively to improve prevention, protection and response to these threats». «To make the promise of lasting peace a reality, it is necessary to consolidate an integrated State presence throughout the country», says Massieu.

What are the pending points in Colombia?

In 2020, the United Nations Verification Mission in Colombia proposed five priorities for the comprehensive implementation of the Peace Agreement, established by the Colombian Government and the FARC-EP, in 2016. The points whose progress will be reviewed in this report are:

On the first point, the international organization reports that in these three months 14 ex-combatants were assassinated, which adds up to a total of 262 since the signing of the Peace Agreement. In addition, they have registered 59 homicide attempts and 21 disappearances.

The text states that the ex-guerrillas «continue to have to move for security reasons» due to the presence of armed groups confronted by territorial control, illicit crops and activities linked to drug trafficking.

Regarding the situation that has generated the violence, the UN recalls that last February, the Special Jurisdiction for Peace expressed its concern about the insufficiency of the measures adopted by the national and local government to protect ex-combatants.

In this regard, the Colombian Justice has presented its figures on the resolution of the cases. The Prosecutor’s Office has reported 35 convictions, 25 cases in the trial stage, 42 in the investigation phase and 47 in which arrest warrants have been issued.

In addition, there are 275 arrest warrants for persons allegedly linked to these attacks, including 56 against the alleged intellectual authors, of whom 17 have been arrested.

Regarding the guarantees for ex-combatants, the UN explains that although there are Army and Police units in the areas where the former territorial spaces for training and reincorporation of signatories of the Peace Agreement are located, on the outskirts “security continues to be a challenge».

For this reason, the mission of the multilateral organization is in talks with the Ministry of Defense and the Police to determine the possible risks to the integrity of ex-combatants who live outside the former territorial spaces for training and reintegration.

Among the murders of ex-guerrillas, several have occurred in the vicinity or within the spaces contemplated for them to live and develop their productive activities. The most recent act of violence was recorded earlier this year when Gyovany Claro, known as Gerson Piñeros, died during a shooting in the municipality of Tibú, in the department of Norte de Santander.

The murder of social leaders has become a constant in Colombia. Human rights groups and affected communities regularly denounce the murder of a community fighter by unknown persons belonging to illegal armed groups in dispute.

The figures that the Office of the United Nations High Commissioner for Human Rights (OHCHR) manages is 24 murders in the last quarter, of which seven were indigenous leaders.

The departments with the highest number of cases are Cesar, Nariño and Valle del Cauca. In addition, ten large-scale murders were documented and twelve are in the process of verification.

The absence of the Colombian State in the areas of greatest conflict has also been alerted by human rights defenders, politicians and victims of the violent actions of the armed organizations in dispute.

For the UN, «the concentration of violence in some regions is the result of a limited presence of the State», «high levels of poverty» and «the proliferation of illegal armed groups and criminal organizations».

Since the signing of the Final Agreement, violence against ex-combatants and social leaders has been concentrated mainly in 25 municipalities in the departments of Antioquia, Cauca, Caquetá, Guaviare, Meta, Nariño, Norte de Santander, Putumayo and Valle del Cauca.

Another data collected by the UN is that most of the murders of ex-combatants occurred in rural areas. There are places that are difficult to access for the security forces (or those of connivance with criminal groups) where the illicit coca and poppy crops and the laboratories for their processing are located.

According to the mission of the international organization in Colombia, three-quarters of the homicides of ex-combatants registered since the signing of the Agreement occurred in rural areas, and a little more than half took place in the 25 municipalities mentioned, which are home to 10 of the 24 old territorial spaces for training and reintegration, as well as new areas for reintegration.
Reincorporation process

The report explains that as part of the commitments between the Government of Iván Duque and the ex-combatants, after the March for life and peace, in November 2020, on March 10 of this year, the first of seven regional sessions of the National Council was done, and in it, a work plan was approved for the departments of Arauca, Guaviare and Meta.
Former combatants and local authorities have stressed the importance of the constant participation of actors at all levels and of security guarantees for them.

For the verification mission, «it remains a priority to ensure the sustainability of the reincorporation process» and it is «essential to guarantee the access of ex-combatants to livelihoods».

The document highlights that «access to land is essential» for the sustainability of the productive projects of ex-combatants. However, it is precisely in these areas where armed groups are in conflict over control of illicit businesses.
Regarding the need for rapprochement between the parties, to consolidate the Peace Agreement, the organization affirms that when five years have passed since its implementation, «dialogue at the political and technical level is essential to jointly overcome the challenges».

Similarly, last December, the parties agreed to extend until January 2022 the mandate of the Commission for monitoring, promoting and verifying the implementation of the Final Agreement composed of the parties.