Paramilitarism in Colombia has caused the death of almost 100,000 people in the last 30 years
Share 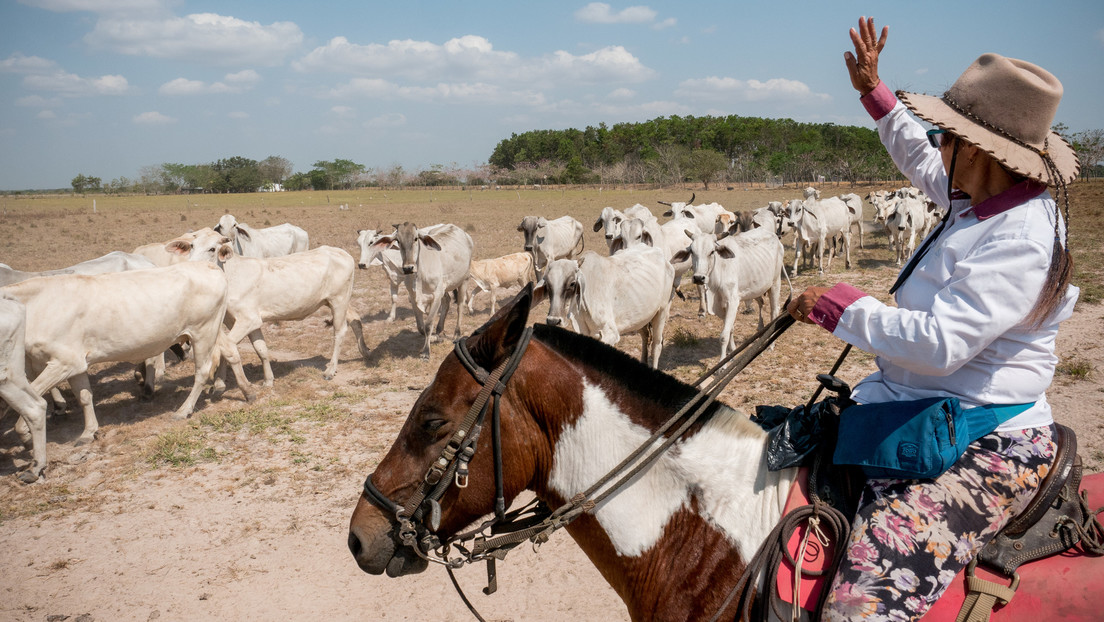 An intense debate on the networks and in the Colombian media has unleashed the call of the president of the Federation of Ranchers (Fedegan), José Félix Lafaurie, to organize a «group of cattle breeders of immediate solidarity reaction» against the recent illegal occupations of land.

His proposal brings back bitter memories for Colombians. Almost three decades ago, the so-called Convivir were created in the country, which were self-defense organizations of armed civilians that gave rise to paramilitarism, which left more than 94,000 deaths in Colombia.

Lafaurie asked that these groups be formed «so that when there is disturbance in a property, everyone immediately comes to support the rancher». The call was made through a video that went viral on social networks.

His request was due to the fact that weeks ago, some 200 people illegally occupied a ranch located in the municipality of Curumaní, in the department of Cesar. After the intervention of the authorities and the presence of a large group of ranchers from neighboring areas, the eviction of the people who illegally occupied the ranch was carried out.

Despite the fact that the Convivir existed decades ago, this practice was observed again during the anti-government protests of 2021, when groups of armed civilians acted in parallel with the Police in the city of Cali, in the department of Valle del Cauca, to prevent the transit of a caravan with protesters from the indigenous minga.A “solidarity reaction” for Colombia

In an interview with W Radio, the president of Fedegan was about to abandon his participation in the program «Sigue la W» after several altercations with Andrea Díaz, one of the program’s hosts.

When Díaz asked him if his proposal was the return of the Convivir, Lafaurie said, upset, that what he was proposing was a «solidarity reaction» of the ranchers against the possible occupation of their lands and that history could not repeat itself.

«Solidarity is expressed with presence, it is not Convivir, do not give it an interpretation that does not correspond to reality and that is clearly sanctioned by law», he said.

The husband of the right-wing senator María Fernanda Cabal clarified that the civilians who accompanied the authorities to carry out the eviction of a group of people who took over a property in Cesar were not carrying weapons.

“Why do ranchers, in the face of criminal third parties, have to sit idly by? No one here was armed». In her opinion, «the monopoly of firearms should be in the hands of the institution that they belong to».

When Díaz asked him if such a proposal could not «go wrong», he charged against her again and replied that «no one is setting up (armed) security groups».

Lafaurie was accused of having ties to paramilitarism by the former governor of the department of Córdoba, Benito Osorio (who is in prison) in a sworn statement before the Special Jurisdiction for Peace (JEP). Similarly, the former head of the United Self-Defense Forces of Colombia (AUC), Salvatore Mancuso, described him as a spokesman for former President Álvaro Uribe for the AUC.The response of the Government of Colombia

In an article ‘Invaded Land’, published in La Opinion, Lafaurie assured that «difficult times» were coming for agricultural producers due to the «uncertainty» of how the three million hectares of land contemplated in the Comprehensive Rural Reform of the peace agreement would be obtained. In the text, he also referred to the «threat of those who feel authorized to occupy or invade productive farms».

The government of Gustavo Petro met these speculations and others that have been ‘spread’ in the media about the alleged relationship between his proposal for «democratization of the land» and the recent land seizures.

«Those who want to promote invasions hinder the Government’s management and this could result in them being investigated by the authorities», warned the Presidency in a statement.

The text asked those who «are inappropriately invading private property» to refrain from doing so. Likewise, it was ratified that the proposal for an «agrarian reform to seek equity in access to land» is still valid, so that «ownership of property» must be «respected».

It was recalled that the properties held by the Special Assets Society (SAE) will go to the most vulnerable Colombians, in high-risk areas, cooperatives, women and young entrepreneurs, but that the process will take time while the relevant studies are carried out. .Reactions in the social networks

Despite the clarifications, the proposal of the president of Fedegan was widely rejected in the social networks, where caricatures on the subject were even circulated.

Senator Gustavo Bolívar, of the Historical Pact, wrote a tweet in which he stated that his country «The time has passed for organizations like Convivir or anything that may seem like a ‘self-defense’ group».

Bogotá councilman Diego Cancino, from the Alianza Verde party, recalled that the action of paramilitarism had a high cost for Colombia, that meant «bloodbaths». «Stop promoting paramilitarism! That is what the public force is for. No one has ordered to invade anything”.

The independent politician Abraham Katime wrote that the right wing sectors, which at this time are part of the opposition, “are in favor of the war to ‘inflate’ their pockets. That’s why they hate peace so much».

Although his opinion was in the minority group, right-wing congressman Miguel Polo Polo, who had to publicly apologize to Francia Márquez for having called her a «thief» and a «fraudster» during the campaign, showed his support for the rancher and businessman.What were the Convivir?

Fear over Lafaurie’s recommendation brings to the present a proposal that led to the practice of paramilitarism.

During the government of César Gaviria (1990-1994), surveillance and private security cooperatives were created for agrarian defense against the action of guerrilla groups. Later, it fell to the administration of Ernesto Samper (1994-1998) to regulate them, explains the media Las 2 Orillas.

In 1995, it was determined that they would be called Convivir and it was established that their members could carry weapons and military communication equipment, to «collaborate with the forces of order in the fight against the insurgency», according to the aforementioned media.

In a bulletin of the Commission of Colombian Jurists, it is pointed out that Uribe promoted these organizations «with enthusiasm» while he was governor of Antioquia (1995-1998) and that he gave them the final push for their formation and start-up. Some of the Convivir were led by well-known former paramilitary chiefs and it is estimated that they were made up of some 120,000 members.