Colombia: «Mayoras» and «los nadies», the expressions for which they attack Francia Márquez on social networks

The controversy in Colombia over the words used by the vice-presidential candidate also demonstrate the opposite sides of a conflicting society.
Share 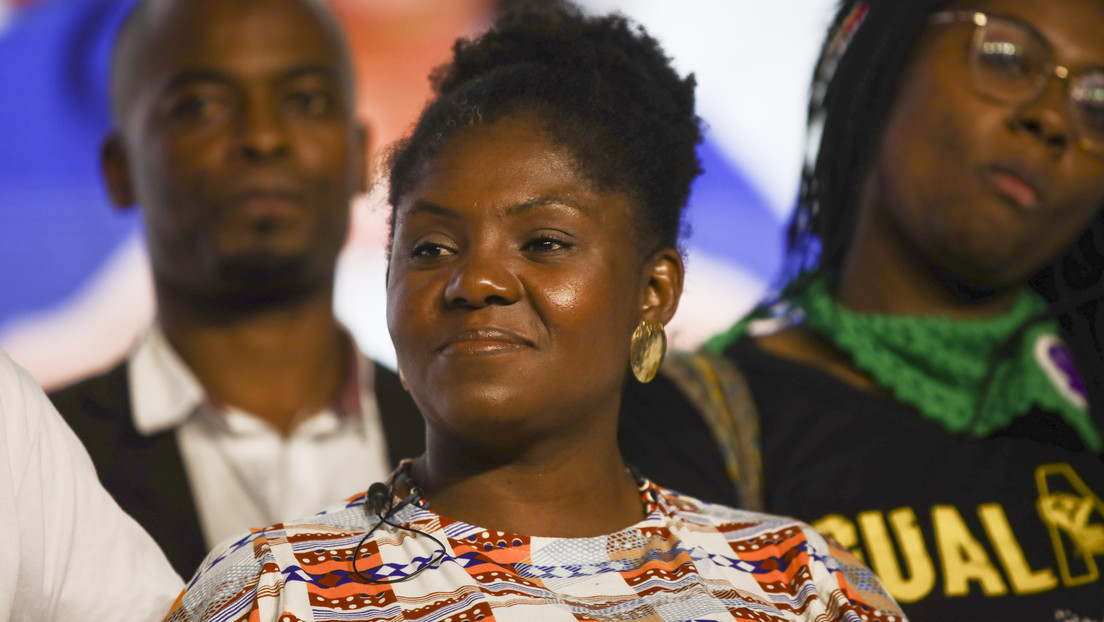 The afro-descendant lawyer and environmental activist Francia Márquez Mina, who is also the running mate of the leftist Gustavo Petro for Colombia ‘s presidential elections, has become the target of attacks on social media for her alleged misuse of language.

The candidate, who comes from the social group ‘Soy porque somos’ (I am because we are), offered an interview to the local news outlet Noticias Caracol, in which she —among several topics— had to explain the origin of her political movement.

«I am because we are is a philosophy, a ‘life bet’ that says that I am, if you are;that we are, if nature is. It is that ‘bet on life’, that philosophy inherited from our elders (Márquez said mayores y ‘mayoras’ which is elders in masc. and fem. But the fem. version is in disuse according to RAE) who were enslaved, but who always bet on collective construction, to see us as a collective society, to see us as an extended family, it is that ‘bet on life’ that today, Los nadies (the nobodies) and the Afro-Colombian, indigenous, Raizales, Palenqueros, peasants, youth, teachers, diversities, we all have made a great effort to coordinate, in a common commitment to occupy the political sphere, to occupy the State”, explained Márquez.

After her statements, several users on Twitter began to criticize the candidate for having used the words «mayoras» and «los nadies» and even asked, on that same platform, for the pronouncement of the Royal Spanish Academy (RAE).

«The form ‘mayora‘ is only registered in the academic dictionary as an unusual feminine noun, with the meaning of ‘the Mayor’s woman’ (‘official of certain scales’)», the RAE replied to one of the users who consulted, but without taking into account the context in which it was said.

Then, in another response, the RAE explained that the word «mayor» has a single ending: «hombre mayor (older man)», «mujer mayor (older woman)»; and when it is used as a noun to refer to a group of people, «it is simply said «los mayores (the older ones)«, as an expression that includes «both the old men and the old women». In addition, it clarified that in the case of the indefinite pronoun «nadie (no one)», there is only that form and it means «no person».

The expressions of Márquez during the aforementioned interview, beyond the assessment of the RAE, do not constitute errors, since they are part of a historical, cultural and social context of the most excluded communities.

In the case of “las mayoras”, Márquez refers to an ancestral term with which the native communities in Colombia identify a group of women who guide them.

“For your information, mayoras means wise women, who have the ethical and moral authority to guide the course of our peoples. I am very sorry that for you the only correct language is the one inherited from the colony», said the Colombian candidate on Twitter, in response to the accusations against her.

Regarding «los nadies (the nobody)», the Urgent Spanish Foundation (FundéuRae), which is sponsored by the Agencia Efe and the Royal Spanish Academy, whose objective is to «collaborate with the proper use of Spanish in the media», explains that «both los nadie as los nadies are suitable plurals to refer to people who seem invisible to society».

In addition, the foundation adds that «although the Dictionary of the Spanish language includes the voice nadie (nobody) exclusively as a pronoun, the María Moliner dictionary records this word also as a noun, with the meaning of ‘insignificant person, of little importance or of little character».

The reactions in Colombia

One of the supporters of the candidacy of the conservative Federico Gutiérrez in Colombia, who defines himself as a «digital strategist and political consultant», commented on Twitter that he had a headache after hearing France say «mayores and mayoras».

However, among the answers he received, a user told him: «In Cauca [southwest Colombia] they say «Mayoras» since before the inclusive language. They are the women who have authority within the community, I hope the headache has passed».

The Colombian senator elected by the Special Indigenous Constituency of the Alternative Indigenous and Social Movement (MAIS), Aida Quilcue, also reacted to the controversy: «Mayoras and mayores, words of great meaning for ancient peoples. They express great respect for people with wisdom of life. They are not words that are used for linguistic fashion. But it is reasonable that many do not understand it, because respect is something they do not know», she pointed out.

Colombian senator Iván Cepeda also spoke on the subject, pointing out that those who are scandalized by Márquez’s statements «shamelessly use language to insult, lie and instigate violence».

Another user of the social network commented: “Mayoras, a word that existed in the Pacific before the inclusive language, like matrona (matron) among my Caribbean community, refers to the wise and thinking women in our ancestral towns. People in privilege will never understand».

“Mayora is a beautiful word (as beautiful as sumercé). You don’t have to be a user of ‘inclusive language’ to use it. Its use, in fact, comes from long before the todes or the [email protected]. We owe a lot to our mayoras (elders who are women) and it is time to vindicate them“, wrote another user of the social network.

The controversy in Colombia also prompted the leader of northern Cauca, Clemencia Carabalí, to explain in an article the reasons why talking about ‘mayores and mayoras’, «is not an accidental matter».