Business owners subjected young people to derision, one of them a minor. Their bodies were later found next to a sign that read "thieves".
Share 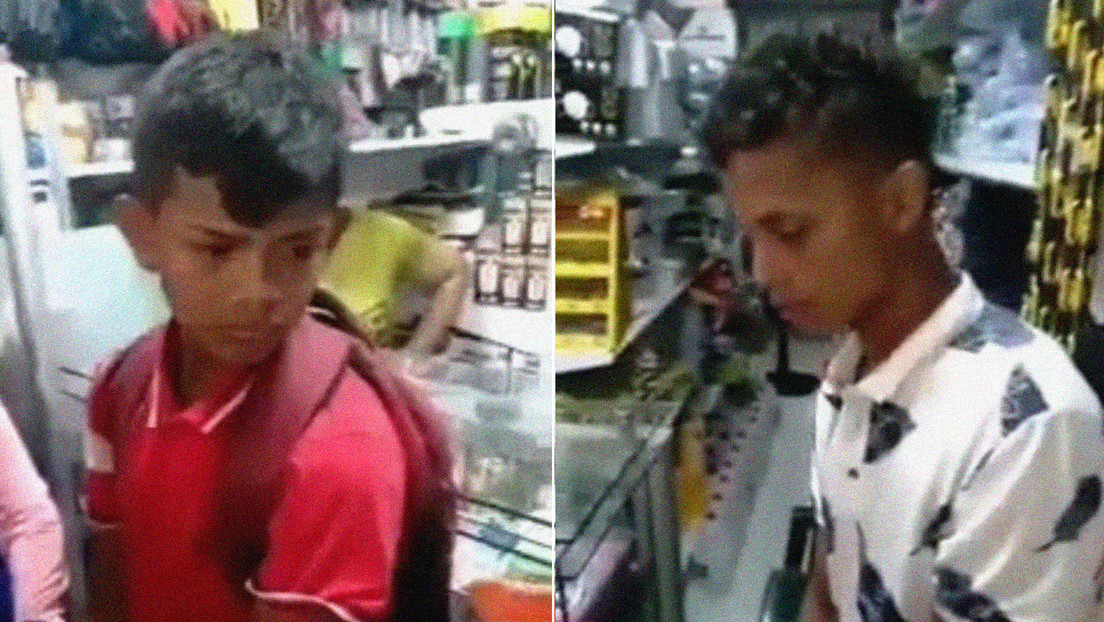 A 12-year-old boy and an 18-year-old young man, both of presumed Venezuelan nationality, were allegedly murdered in Colombia by an unidentified group of armed civilians, minutes after merchants from the municipality of Tibú, in the department of Norte de Santander, tied them up and recorded them, accusing them of having entered the establishment to steal.

The event would have occurred last Friday. Instead of calling the authorities, the merchants tied the two young boys by the hands, subjected them to derision and documented the illegal retention in a video that circulated on social networks, reports RT.

In the video, the man filming threatens the child and the young man that he will spread the material so that people «realize what kind of thieves there are». «You are very young boys and we do not want to see you tomorrow, lying on some side of the road, you are under our responsibility and we are going to hand you over to the authorities», is heard in the recording.

Minutes later – according to local media – the two teenagers were kidnapped by motorists and later appeared murdered with a shot to the head each. Around the boy’s neck, they hung a sign that read the word «thieves».

The bodies were found in a rural area known as Barrio Largo, on the road that leads to the municipality of Catatumbo.
The UN Human Rights Office in Colombia condemned the murder of the 12-year-old boy and urged authorities to investigate the crime. «We call for respect for the life and protection of children», said the agency, which made no mention of the murder of the young man who was also shot.

For its part, the Colombian Prosecutor’s Office reported this Monday that it had appointed a specialized group of prosecutors, investigators, criminalistics and forensics specialists to carry out the investigations related to the crime.

Colombian political leader and senator Gustavo Petro demanded an explanation from the Tibu police and warned that the attorney general «cannot leave this crime unpunished».

Petro recalled that in 2018, when he was in his presidential campaign, the Norte de Santander police led him to an «ambush» where – he assured – they were going to assassinate him. «Today, the murder of these children shows that the state in Tibú is at the service of paramilitarism and crime», denounced the congressman.

The local police commander, Colonel Carlos Martínez, informed Caracol Radio that they have offered a reward of 100 million Colombian pesos (more than 26,000 dollars) in exchange for information that helps locate those who “deprived of liberty, tied up, beat, and drove them to the site so as to kill the victims».

The officer, who pointed to illegal armed groups as responsible for the incident, reminded citizens that they should not «take justice into their own hand» and pointed out that «the legally constituted authorities are there for that (to do justice)». Martínez assured that the irregular situation had not been denounced by the population, which supposedly would have prevented the fatal outcome.

The Secretary of Government of Norte de Santander – according to local media -, described the double homicide as an unacceptable act and stressed that «no one can be subjected to forced disappearance, torture, cruel or degrading treatment». Similarly, the regional Ombudsman, Jaime Marthey, assured that his office will accompany the families and requested speedy investigations.

For his part, the attorney general of Venezuela, Tarek William Saab, reported that he will send an official communication to his Colombian counterpart, Francisco Barbosa, to request that the facts be clarified and the responsibilities in the murder of the two young boys, who are allegedly of Venezuelan nationality.

According to the statements of the Colombian merchants and residents of the area, Colonel Martínez’s version contradicts what really happened. In addition, they accuse the police of having «deliberately» ignored the calls made by the community to hand over the adolescents to the authorities.

“We made several calls and they did not respond, we thought the worst was going to happen, as it did. In this town, there is no law at all, look what happened. That’s the way it is every day», told a resident, who kept his identity for fear of reprisals, to Noticias Caracol.

Local merchants, who make no mention of the illegal detention they did to the teens, say they are scared for their lives and they have evidence to show how the events happened.

«The police are not telling the truth, things were not like that. The incident occurred in a warehouse, and from that moment, they called the police many times, but they did not arrive», said another person quoted by Noticias Caracol.

A merchant blamed «the armed actors» for what occurred and said that the tragedy could have been avoided by the police: «Here, the armed actors, do what they want. Here, the law has been imposed by them for a long time. Today we are concerned about the silence of the mayor (Nelson Leal López), and of the National Police, who does not recognize that they did not act».

The Municipal Council for Peace, Reconciliation and Coexistence of the Mayor’s Office of Tibú, expressed in a statement its «concern regarding the public order situation» and rejected the «systematic acts of violence» against social leaders, human rights activists, teachers and urban and rural traders. It also warns that the population is the victim of harassment, terrorist acts and femicides.

Tibú is one of the municipalities most affected by the presence of illegal armed groups. In the last hours, in addition to the crime against the two adolescents, the murder of a man identified as Jesús Benito González Pérez also occurred in that area.