Colombia: the alarming figures of violence left by Iván Duque that Petro’s government now has to face 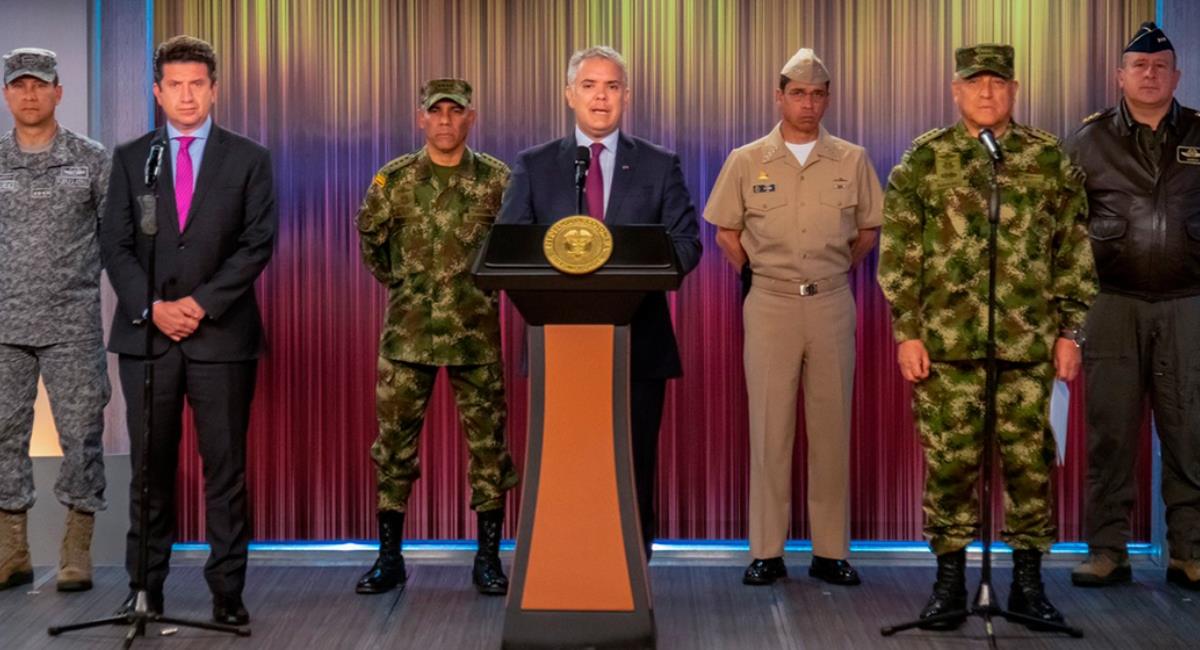 The Government of Iván Duque says goodbye with an alarming figure of violence marked by the continuous series of murders of social leaders and ex-combatants and by the reappearance of massacres, a phenomenon that has not occurred for decades in Colombia.

Although Duque received a country that had just been reconfigured after the signing of the Peace Agreement between the State and the extinct Revolutionary Armed Forces of Colombia (FARC), at the end of the Juan Manuel Santos Administration, different analysts and defense organizations of human rights consider that their understanding of this complex post-conflict phase was insufficient.

Throughout his presidential term, the non-compliance with what was agreed in Havana, to guarantee the peace process that was just beginning and that had to be accompanied by the State apparatus, was denounced. Generally, Duque responded to the violence with militarization, leaving no room for comprehensive attention to the historical demands of the municipalities and cities devoured by decades of armed conflict, which currently suffer from clashes between illegal groups for access to their territories, explains the journalist Nathali Gómez for RT.

Social leaders were left unprotected in their own communities against the local power exercised by narco-paramilitary groups and FARC dissidents guerrillas. The same thing happened with some of the ex-combatants, whose reintegration into civilian life cost them their lives, in the midst of constant demands for guarantees to carry out what was contemplated in the Peace Agreement.

Another point that remained on the table in the period of the standard-bearer of the Democratic Center was the dialogue with the illegal armed groups. In 2019, the channel that had been opened with the National Liberation Army (ELN) was interrupted and at the end of Duque’s mandate there were no attempts to resume it.

During these four years, the Institute of Studies for Development and Peace (Indepaz) monitored the murders of social leaders and former guerrillas, in addition to the massacres. This non-governmental organization, which keeps its own registry of victims, presented last Tuesday the report ‘Figures during the government of Iván Duque-Balance of violence in figures’, which covers from August 7, 2018, when he took office as president, to August 1, 2022, less than a week before Gustavo Petro occupies the presidential chair.The red numbers in Colombia

In his management, Duque has defended his proposal for «peace with legality», cataloged by his political opponents as a resource to disregard the 2016 Agreement and neglect the signatories who laid down their arms. This governmental plan, in obvious disagreement with what was established in Havana, has not worked to effectively address the problem of the murders of social leaders and ex-combatants.

Indepaz data show that in the last four years 957 social leaders and human rights defenders have been killed, as well as 261 ex-combatants. Similarly, there have been 313 massacres that left 1,192 victims.

In addition, according to the brief, there have been 2,366 threats, 220 cases of forced disappearance, 555 kidnappings, 446 confinement events, according to the Investigation and Accusation Unit (UIA), which belongs to the Jurisdiction of Peace (JEP).

The most affected departments are Cauca, Nariño, Valle del Cauca and Putumayo. The Nariño municipality of Tumaco is the hardest hit by the assassination of social leaders, signatories of peace and massacres.

Other information, collected by the NGO Temblores and reflected in a document, refers to the homicides attributed to the National Police, which amount to 421, in this four-year period. Likewise, 83 deaths are recorded in the context of the 2021 national strike, of which 44 are attributed to the Public Force.

As for national homicides, they stand at 50,179. The highest figure was in 2021, when 13,873 murders were reported, according to information taken from the National Police.What do these figures show in Colombia?

In a section of observations, Indepaz blames the armed groups for the murders, massacres, threats and forced displacement in rural communities that are difficult to access.

The armed organizations with the most power and presence in the country are the Clan del Golfo, the main and most dangerous drug-criminal group in Colombia, followed by the guerrillas of the National Liberation Army (ELN) and the Gentil Duarte and Segunda Marquetalia structures, which are part of the FARC dissidents.

In the areas where these groups operate, which are in conflict over access to natural resources and income from illicit businesses, the Government has failed to comply with the agrarian reform, the anti-drug policy, the substitution of illicit crops and the Peace agreement. This has been an ideal breeding ground for the reconfiguration of these groups, which occupied the spaces left by the FARC.

The decisive vote for the victory of Gustavo Petro came precisely from these forgotten places, where the hand of the State does not reach, but the barrels of the rifles do. In these areas, as evidenced during the 2021 protests, monetary poverty levels exceed 30% and access to public policies is limited.

Although social leaders are commonly spoken of in a generic way, this group includes environmental defenders or indigenous authorities, who mostly come from indigenous peoples; peasants and small producers; community fighters; women who develop social work; members of Afro-descendant communities and members of organized groups, among others. All of them focus on social action as a way to make up for the absence of the State.Possible causes of the murders

In its analysis, Indepaz maintains that the «population of small producers and merchants in areas of illegal economies dominated by drug trafficking» are considered «part of the criminal chain» and «their claims are frequently seen as forms of protection of the cartels«.

Along these lines, he points out that the «regional social organizations that have opposed the militarization and eradication of coca crops» are seen as «suspicious» and as «obstacles» by State security forces.

As for the signatories of the Havana agreement, the NGO considers that the «government discourse and that of the ruling party», which does not recognize what is established in it, «has become an incentive» for them to be stigmatized and isolated socially and politically. «This lack of environment for reincorporation has facilitated criminal aggression with hundreds of homicides of ex-combatants», states the text.

In its recommendations, the institution for the defense of human rights maintains that «a human security policy is urgently needed as a great matrix of strategies and measures of the State based on the transition to total peace», where State entities and the Public Force should be included.

Likewise, the need for the comprehensive implementation of the Peace Agreement, the resumption of negotiations with the ELN and the «talks for the submission to justice of armed macro criminal organizations and the dismantling of the paramilitary complex» are reaffirmed.