Colombia: the controversial case of the businessman who run over and killed 6 young people with his vehicle keeps the country in suspense

Colombia remains in suspense over the case involving Enrique Vives, an important businessman and politician who ran over seven people and six of them died
Share 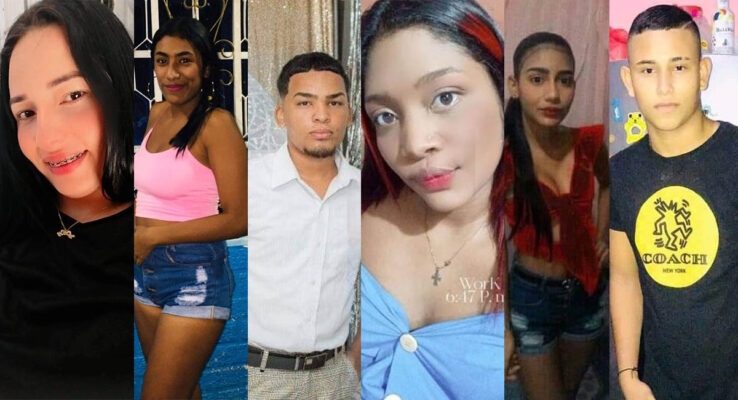 The Colombian judicial system is in the middle of a controversial case that has put a businessman and politician from the coastal region of Santa Marta at the center of the controversy. Enrqiue Vives caused the death of 6 people after running over them with his car.

More than a week after the fact was registered, the case keeps Colombian society in suspense because the judicial process involves Enrique Rafael Vives Caballero, an important businessman and politician in the area.

The collision occurred at dawn on September 13, when Vives Caballero rammed his truck into a group of 7 people, including several teenagers, who apparently were walking inside the left channel of the ‘Troncal Caribe’ (main caribbean highway) of Colombia, an artery road located in the Gaira de Santa Marta sector, capital of the Magdalena department, in the north of the country.

The collision caused the death of Camila Romero (18 years old), Leonir Romero (17), Juan Diego Alzate (15), Laura de Lima (18), María Camila Martínez (24) and Rafaela Petit, a citizen of Venezuelan nationality (30). The only survivor of the event was Bryan José Áñez (14), who was seriously injured for several days in a coma.

Hours after the collision, the local police arrested Vives Caballero and determined that he had more than 2 degrees of alcohol in his blood. The indictment hearing was set for Wednesday, September 15, the same day that the businessman was admitted to a clinic for a «post-traumatic shock», an argument used by his defense so that he could absent himself from the courts.

Given the situation, the victims’ relatives asked that the medical report on Vives’ state of health be made known, fearful of a delaying maneuver by the defendant’s defense. In fact, the governor of Magdalena, Carlos Caicedo, said that the businessman’s hospitalization was a pretext to evade justice.

Vives Caballero, (40 years old), is described as a renowned regional businessman and politician who, in 2015, was a candidate for the Santa Marta council for the ‘Another Santa Marta is possible’ movement, according to El Espectador. In addition, he is one of the owners of the company Bananitas S.A.S., dedicated to the food sector.

The commander of the Santa Marta Police, Jesús de los Reyes, said, after his capture, that the businessman had pending judicial records and one of them was for speeding.

Last week, Vives’ defense alleged that the businessman remained in a «state of unconsciousness» that made it impossible for him to appear in court, but Legal Medicine went to the clinic where the alleged perpetrator was hospitalized, and confirmed that not only could he go to court, but that he should be held in preventive detention.

Thus, on Friday of last week, the Prosecutor’s Office charged him with murder with eventual intent. Vives did not accept responsibility for the collision, pleaded not guilty and assured that he was not «running away from justice».

The businessman was charged, after it was determined that his intoxication and the high speed at which he was driving increased the risk of the accident and limited his reaction to maneuvering, diverting the vehicle and avoiding the collision. The Prosecutor’s Office requested that the maximum penalty be imposed «for having committed the same crime six times», a sentence that could mean more than 37 years in prison.

According to El Tiempo de Colombia, the defense offered compensation of 4,000 million pesos (more than 1 million dollars), through the vehicle’s all-risk insurance, in exchange for the victims’ relatives dismissing the charges for the collision that caused the death of six people.

The proposal was rejected and the victims’ lawyer requested the seizure of the businessman’s assets to guarantee economic reparation for the families, as well as another 350 million pesos ($ 90,000) required by those affected.

Immediately afterwards, Vives’ lawyer pointed out the victims as responsible for the incident, for «invading» the road and putting their lives and that of the drivers at risk. He resorted to «eyewitnesses» who said that the collision occurred  inside the road, that the businessman tried to put on the brake to avoid the impact and that he would have got out to help the young people, but that the inhabitants of the sector did not let him.

In the middle of the process – advanced over the weekend – the Colombian Attorney General’s Office opened a «preliminary» investigation against the members of the Santa Marta Metropolitan Police who detained Vives. According to RCN Radio, the inquiries were to «establish the existence of alleged disciplinary offenses related to alleged irregularities in the procedure».

For the moment, the justice decided that Vives should remain in the Rodrigo de Bastidas de Santa Marta prison, determining that «he represents a danger to society» and that, is he is freed, he «may affect the administration of justice», as he has already tried evade justice alleging health problems. His defense appealed the measure and asked that the trial be resolved with Vives free from prison.