Colombia: What is happening on the border with Venezuela and an escalation of violence that leaves more than 20 dead?

The Colombian Army affirmed that the confrontations between armed groups in areas of the Arauca department are for the "control of illicit economies".
Share 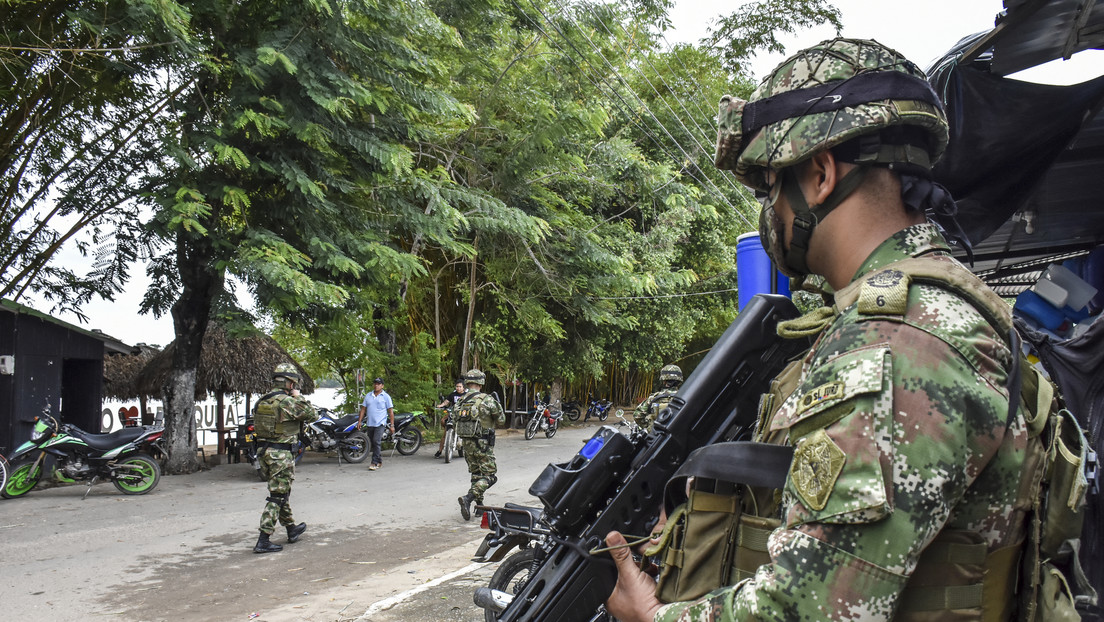 In less than 24 hours, there has been an escalation of violence in Colombia that has killed more than twenty people and has put more than 2,000 inhabitants of various municipalities, in the department of Arauca, at risk of displacement. The Army of that country attributed the situation to the confrontation between armed groups for the «control of illicit economies».

A statement from the Quirón Task Force Command, belonging to the Army’s Eighth Division, reported «a series of homicides» in the municipalities of Saravena, Arauquita and Fortul, which would be the result of fighting between members of the National Liberation Army National (ELN – Ejército de Liberación Nacional) and dissidents of the defunct Revolutionary Armed Forces of Colombia (FARC – Fuerzas Armadas Revolucionarias de Colombia), informed RT.

The Command announced that «a Security Council was held» with «all the civil and military authorities», and the mayors of the municipalities of Tame and Saravena. «All the institutions have come together to develop a unified action so as to be able to reach these points which find themselves withdrawn from the urban centers of the department», says the text.

Defense Minister Diego Molano reported on his Twitter account that a departmental Security Council was held on Monday morning and that in the afternoon there will be an operational meeting to take «measures for the protection of the civilian population and for border control».

Previously, regional and municipal authorities and international organizations warned about the violation of the human rights of the population living in the areas where illegal armed organizations operate and requested protection from the State security forces.

Local media have reported a series of clashes in the municipalities of Arauquita, Tame, Fortul and Saravena del Arauca, which are on the border with Venezuela. These actions have caused the death of more than twenty people, according to the report handled by the authorities so far.

The violence was generated by the breach of an alleged «non-aggression pact» between the two illegal armed groups, said the Governor in charge of Arauca, Alejandro Navas Ramos, interviewed by Blu Radio. According to his data, the number of victims amounts to 22.

For his part, the Tame municipality official, Juan Carlos Villate, stated in an interview with W Radio, that last Sunday, when the confrontations took place, it was the «most violent day in the last ten years». According to the information that Villate handles, there were 24 people killed in 24 hours.

The Ombudsman’s Office published several posts on its Twitter account where it expresses its «deep concern about the worsening of the armed conflict in the department of Arauca», and asserts that «the confrontation between illegal armed groups» puts «the civil population at imminent risk».

According to the information they have compiled, in the last few hours «there have been homicides, threats, illegal detentions, massive displacements and risk of forced displacement» in the border municipalities of Tame, Fortul, Saravena and Arauquita.

The Ombudsman’s Office affirmed that it maintains «continuous contact» with the leaders of these sectors and with the local authorities.

The Twitter account of Juliette Rivero, representative in Colombia of the United Nations High Commissioner for Human Rights, published that this body participated last Sunday in the Security Council held in Tame and continues to monitor «the difficult human rights situation that is present in the department of the Arauca».

In another post, Rivero made a call «to ensure respect for International Humanitarian Law and the human rights of the civilian population», and to «activate the necessary contingency plans and measures that allow compliance with the recommendations of the early warnings of the Ombudsman’s Office».

Colombia and the violence in Arauca

The conflict between the armed groups in the rural populations and on the border with Venezuela, in the department of Arauca was constant during the past year.

Just six days before these murders, the Colombian Army reported the deactivation of ten high-powered cylinder bombs in a rural area of Arauquita. Apparently, the explosives were going to be used against the military who are carrying out actions in the area, reports El Nuevo Siglo. A car bomb had already been detonated near a military base, without any casualties, in September 2020.

As a sign of the territorial control maintained by the illegal organizations in dispute, on December 20 a Colombian Army lieutenant was released in the village of La Esmeralda, also in Arauquita, kidnapped in April by the FARC dissidents, and who had been left for dead.

However, the situation with the greatest tension during 2021 was experienced between March and April in the Venezuelan state of Apure, bordering the Arauca, when there were several combats between the Bolivarian Army of Venezuela and Colombian irregular groups, which left casualties on both sides. and a group of displaced people who crossed into Arauquita.

These new confrontations in the border area with Venezuela take place a week before the repetition of the elections for governor takes place in the state of Barinas, about two hours from Arauquita. So far, the Venezuelan authorities have not commented on this matter.