Deforestation, displacement and crimes: the impact of the pandemic in the South American jungle 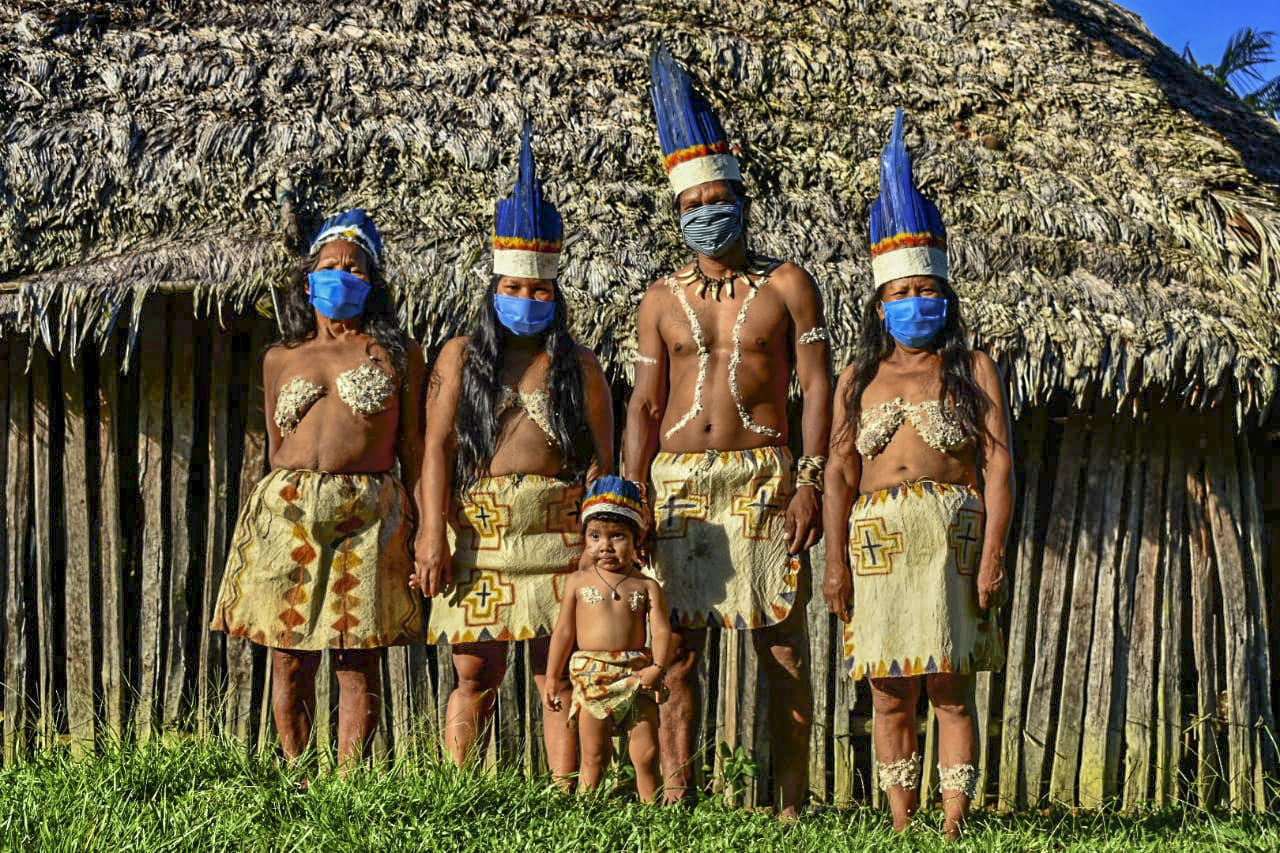 The conditions generated during the Covid-19 health crisis have been used by illegal groups to advance the destruction of forests in South America. Since March 2020, when the global pandemic was decreed, 724,557 deforestation alerts have been triggered in protected areas in Colombia, Ecuador, Peru and Bolivia.

In a report by journalist Nazareth Balbás for RT, it is detailed that each of these alerts, according to an investigation by Mongabay, is triggered when a 30 x 30 meter area is destroyed in a tropical forest, or what is the same, when a jungle area equivalent to two basketball courts is lost. In the first six months of this year alone, 34,709 alerts have been detected.

Satellite images reveal that areas of the Amazon (Colombia, Peru and Ecuador) and Chiquitania (Bolivia) are the areas most affected by this phenomenon. In these green lungs, indiscriminate logging is observed for various purposes, among them, timber trafficking, monocultures and drug trafficking, a ‘landscape’ that especially affects the indigenous communities that inhabit these lands.

Violence, displacement and the loss of their properties is the most palpable consequence in those territories, where the presence of the State is replaced by the action of armed groups willing to open routes for the extraction of resources, such as wood or minerals. or the trafficking of illegal goods, such as drugs.

Who dominates the territories?

The drug traffickers who are members of organizations such as the ‘Clan del Golfo’, the dissidents of the extinct Revolutionary Armed Forces of Colombia (FARC), landowners and people involved in logging the forests are the main responsible for the escalation of deforestation and violence.

The Mongabay report makes special mention of Colombia, where drug traffickers have increased the number of routes for the trafficking of illicit substances, a ‘modus operandi’ that coincides with the record increase in cocaine production in that country in the last year, according to the report from the White House Office of National Drug Control Policy that was released last month.

This study determined, in parallel, that in 2020 there was an increase «in violence in rural areas» in the context of the pandemic. The picture is similar in Peru, where, in that same year «coca cultivation and cocaine production reached a record level of 88,200 hectares».

According to the conclusions of the US office, the evident expansion of drug trafficking control areas “shows the need to increase holistic approaches that combine economic development, greater government presence and citizen security, interdiction and eradication in key rural areas to reduce the production of cocaine in a sustainable way and build peace in conflict-affected areas».

But the recommendations of the US – the main consumer of drugs produced in Latin America – are far from the reality. Mongabay’s joint investigation highlights that the advance of irregular groups has been due to the absence – or consent – of the State and has affected not only nature, due to deforestation, but also the indigenous communities that live in those territories, who suffer violence and forced displacement.

Anatomy of violence and deforestation

In Peru, the indigenous peoples located in the Ucayali region, and those of Santa Rosillo de Yanayaku and Anak Kurutuyaku, in the San Martín region, have stopped touring their own lands for fear of being killed by drug traffickers who operate in that region.

The inhabitants estimate that drug traffickers have stripped them of at least 10% of their land, while they have allocated some 2,000 hectares for the cultivation of coca and the installation of base paste laboratories. The action of these illegal groups has been exercised through intimidation and the imposition of «norms» that deprive indigenous communities of free movement through their own territories.

Data collected from the beginning of the pandemic to the present account for the murder of at least seven indigenous leaders in Peru, three of them this year. The last one reported was the murder of Mario Marco López Huanca, head of the El Sira Communal Reserve, who was shot by drug traffickers while walking along the Anacayali River.

In Colombia, the outlook is even worse. So far, this year alone, at least 28 indigenous leaders have been assassinated, according to the count carried out by the Institute for Development and Peace Studies (Indepaz), which counts a total of 86 social and environmental activists who have been victims of homicide.

The Colombian Amazon also appears among the areas of greatest conflict due to the appearance of illegal armed actors who not only increase deforestation, but also exert their coercion against the native communities that surround the Sierra de la Macarena national parks (department of Meta) , Serranía de Chiribiquete (departments of Guaviare and Caquetá) and, above all, the Yaguará II indigenous reservation (Llanos del Yarí).

In Bolivia and Ecuador, the situation is also worrying. The extraction of wood in the basin of the Bobonaza, Curaray and Villano rivers, in Ecuadorian territory, has not only had consequences in the deforestation, but also in the installation of ‘settlers’, the rupture of the social fabric and the proliferation of illegal activities, details the Mongabay report.

In fact, the former Ecuadorian president Lenín Moreno flaunted the increase in non-oil exports in the country during his government, however, part of this phenomenon was possible due to the excessive increase in the exploitation of Amazonian raft timber, a fast-growing wild tree, that has the characteristic of being the lightest wild tree known, it is even lighter than cork.

Meanwhile, the Bolivian Chiquitania continues to be under siege by land traffickers who intend to install extensive soybean plantations and dispute the territory with their legitimate inhabitants, especially in the protected area of Bajo Paraguas San Ignacio de Velasco.