Ecuador and the town of ‘Agua Blanca’, an ancestral place of sulphurous waters

Every year, this ancestral South American community in Ecuador receives around 16,000 tourists, both national and foreign.
Share 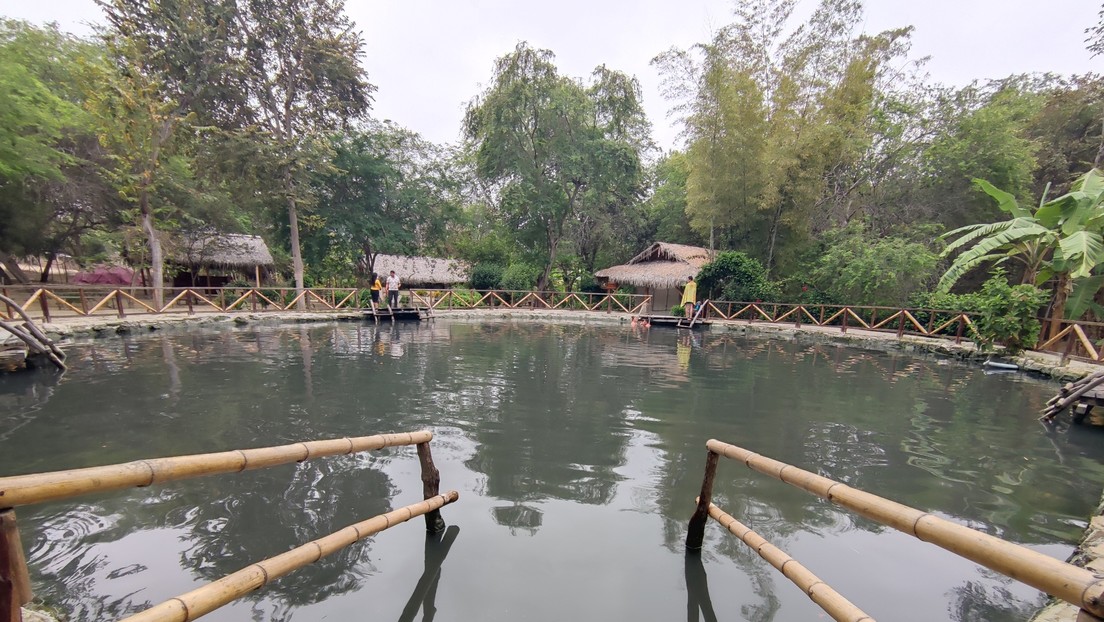 In Ecuador, those who want to enter an indigenous community immediately think and plan their trip to the regions of the Amazon or the Sierra, where most of those communities are concentrated; however, there is one on the coast that attracts many tourists.

It is the Agua Blanca (White Water) community, located in the Machalilla parish, in the Puerto López district of the Manabí province. It is within the Machalilla National Park, explains journalist Edgar Romero in a report for RT.

Every year this community receives around 16,000 tourists, both national and foreign.

Although its history dates back several centuries, the community was founded in 1930, has had legal life since 1965 and offers community tourism since 1986. In December 2020, the Ministry of Tourism granted it the recognition of Pueblo Mágico (Magic Community), adding this distinctive to a score of places in the South American country.

The tour begins with a visit to a museum, one of the most important on the Ecuadorian coast, where more than 1,100 archaeological pieces are exhibited, belonging to the Manteña culture.

«The (Manteña) culture dates from AD 800 to 1532», says Rony Ventura, one of more than 20 native community tour guides who offer tours to visitors.

Ventura refers to the Manteños, a pre-Columbian culture from the coastal region of Ecuador, which had mutual commerce and fraternal coexistence with the Huancavilcas, for this reason it is also called the Manteño-Huancavilca culture.

Formerly, what is now Agua Blanca was known as Salangome and it was the main settlement of what was called the ‘Señorío de Salangome’ (Dominion of Salangome), which also included Tuzco (today Machalilla), Sercapez (current Puerto López) and Salango, which preserves that name, explains Ventura.

«This was one of the most powerful ‘señoríos’ (dominions), along with those of Jocay and Picoazá to the north», says an explanatory poster inside the museum. The publication also indicates that «this was the culture found by the Spaniards, when they found the South American continent in what is now the Republic of Ecuador», and that «their descriptions of powerful lords, long-distance traffic, and densely populated centers were abandoned as a result of the social and economic collapse produced by the Spanish invasion».

In the museum, funeral urns in the form of vases are exhibited with the bones of the deceased inside, the bases of ceremonial chairs carved in stone in a U-shape that was a symbol of power, necklaces made with different materials (such as the spondylus shells, which gives it its name to the tourist route of the Ecuadorian coast), rustic weapons, fabrics, among other objects found in the area.

After visiting the museum, the tour continues to a place where other funeral urns were found in the form of vases and are preserved for future generations to see.

According to Ventura, the number of inhabitants in the ancient settlement was between 4,000 and 5,000 inhabitants. Currently – the guide points out – there are about 78 families and around 320 people who live in Agua Blanca.

The Agua Blanca lagoon in Ecuador

«The name of Agua Blanca comes from a lagoon of sulfurous water […] that forms a white layer at the top, which disappears when the water begins to move», says Ventura.

That lagoon, a little further away from the town center, is the next stop on the visit to the Agua Blanca community.

«It is about four meters deep and it is cone-shaped», says Ventura, who explains that the water is subterranean and comes from «a natural spring that depends of a branch of a volcano», clarifying that, although these colossi are not on the coast, there are many in the mountains of the South American country.

Before the visitors dive into the lagoon, the guide gives them a small glass of clay that is taken from the bottom of the same well, to be applied on the skin, mainly on the face. Ventura points out that this product «is good for pimples or sunburn».

Ventura says that the water is good to «relax». With it «the body will feel more relieved». It is also credited with healing properties and antioxidant effects that help ‘fight’ the aging process.

In addition to being able to bathe in the water, it is also used for agriculture, specifically for 15 family orchards, where bananas, mangoes, lemons and papayas are produced, explains the guide.

Next to the lagoon, another group of residents offers massages; These are made with the same mud from the sulfurous well, with chamomile oil or with oil of palo santo, an arboreal species from the area that has an intense aroma with a slightly citrus touch.

Another option for relaxation is the ancestral ‘temazcal’ bath, in a temple or vault built for this purpose. These are steam or sweat baths in which palo santo is also used and the locals claim that it has healing properties.

They also have handicrafts for sale, and they are developing a project to make shampoo with a seed called barbasco, and they offer various palo santo products, such as incense, oils, talcum powder, soap and candles.

In Agua Blanca there is restaurant service and whoever wants to stay, can do so in one of the cabins they have, in which they offer «a good night’s sleep», without internet or cable television.