Ecuador: Why are students and teachers protesting Guillermo Lasso?

Various sectors such as peasants, students and teachers in Ecuador have carried out protests to demand reforms from Guillermo Lasso
Share 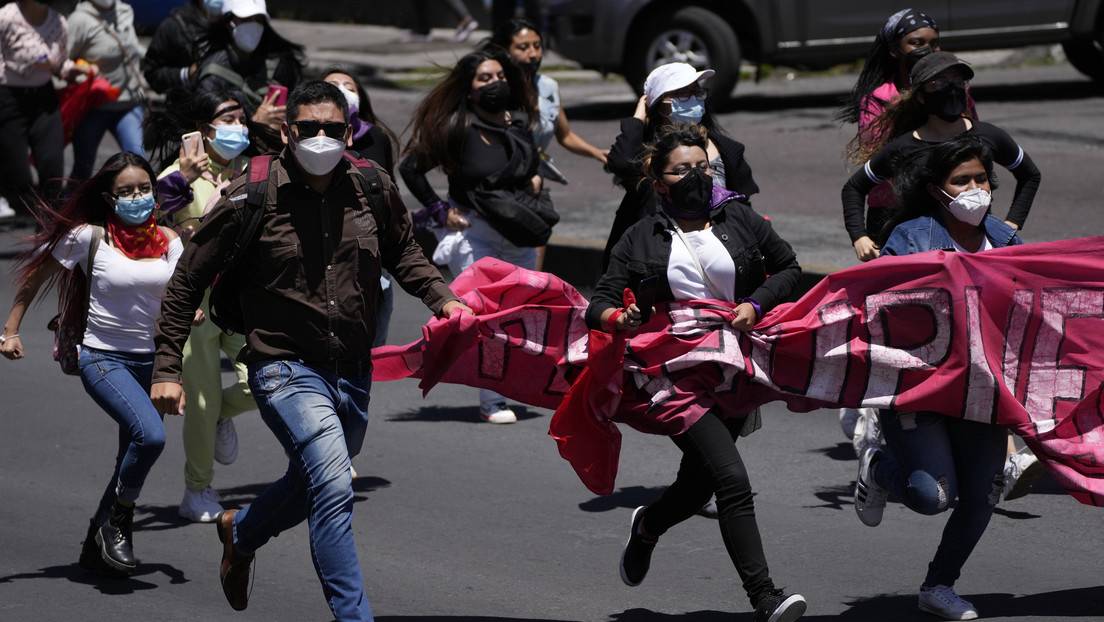 After the demonstration of rice farmers registered last Wednesday in Ecuador to demand improvements in the sector from President Guillermo Lasso, there was a new mobilization by students and teachers from public universities on Thursday.

Among the demands of students and teachers is respect for the universities’ budget  and that the reform project they presented to Parliament to the Organic Law of Higher Education (LOES) be debated, details a report from RT.

At a press conference, Mauricio Chiluisa, national president of the FEUE, said that there has been a «systematic cut (of the budget) during the last 5 years», in which more than 650 million dollars have been taken away from higher education institutions.

Likewise, the unions detailed that the extension of the 2021 budget plan reduces funds to public universities by more than 40 million dollars.

On August 23, the Ministry of Higher Education, Science and Technology and Innovation (Senescyt) informed – through a statement – that the budget of the universities has gone from «1,077 million dollars in 2020 to 1,106 million dollars in the 2021».

However, in an interview with Radio Pichincha, María Augusta Hermida, rector of the University of Cuenca, said that the 29 million that the Government says it has increased the universities’ budget includes the amount assigned to two new universities, which from this year form part of the Permanent Fund for University and Polytechnic Development (Fopedeupo) with which state funds are delivered, which are the University of the Arts and the National University of Education (UNAE).

«The universities’ budget of public universities has been mistreated in recent years because we have gradually suffered cuts», said the rector.

In August, eight private universities in the country, called ‘co-financed’, reported that they will not be able to offer the necessary scholarships to their students, due to the cut of more than 12 million dollars that the Council of Higher Education made in the budget allocated for this assistance. They denounced that «it is a severe blow to the country’s underprivileged students».

In 2020, in the midst of the covid-19 pandemic, the government of then-President Lenín Moreno cut the budget of public universities by more than 98 million, which generated protests in the country.

Reforms to the LOES in Ecuador

The reforms presented by the students to the LOES ( The Organic Law on Higher Education) before Parliament have already been qualified by the Legislative Administration Council (CAL) of the National Assembly and sent to the Permanent Legislative Commission on Education, Culture, Science, Technology, Innovation and Ancestral Knowledge.

The FEUE maintains that its project, which seeks to reform 78 articles to the LOES, seeks to «guarantee a university which should be democratic, scientific and of quality».

However, the Ecuadorian Executive also sent its own project to make modifications to the regulations and also received the approval in the CAL.

From the FEUE, they made it clear that they do not support the text of the Guillermo Lasso administration, which was personally delivered by the president to Parliament on August 17.

His proposal, aimed at reforming nine articles, has been questioned. Hermida, in the interview with Radio Pichincha, said that «it was not debated» and «the product that was presented was not known to anyone»; She also pointed out that the suggestions they sent were not taken into account by the Executive.

«I believe that with this proposed reform, greater access (to public universities) for young people is not being guaranteed […] there is no greater offer of more places or quotas (so more people can study) «, emphasized Hermida.