Haiti: keys to understanding a country engulfed in ungovernability and poverty

The night of Tuesday, July 6 and the early morning of Wednesday, July 7, will remain in the history of Haiti as one of its worst episodes and in which its president, Jovenel Moïse, was shot dead in the middle of an ambush
Share 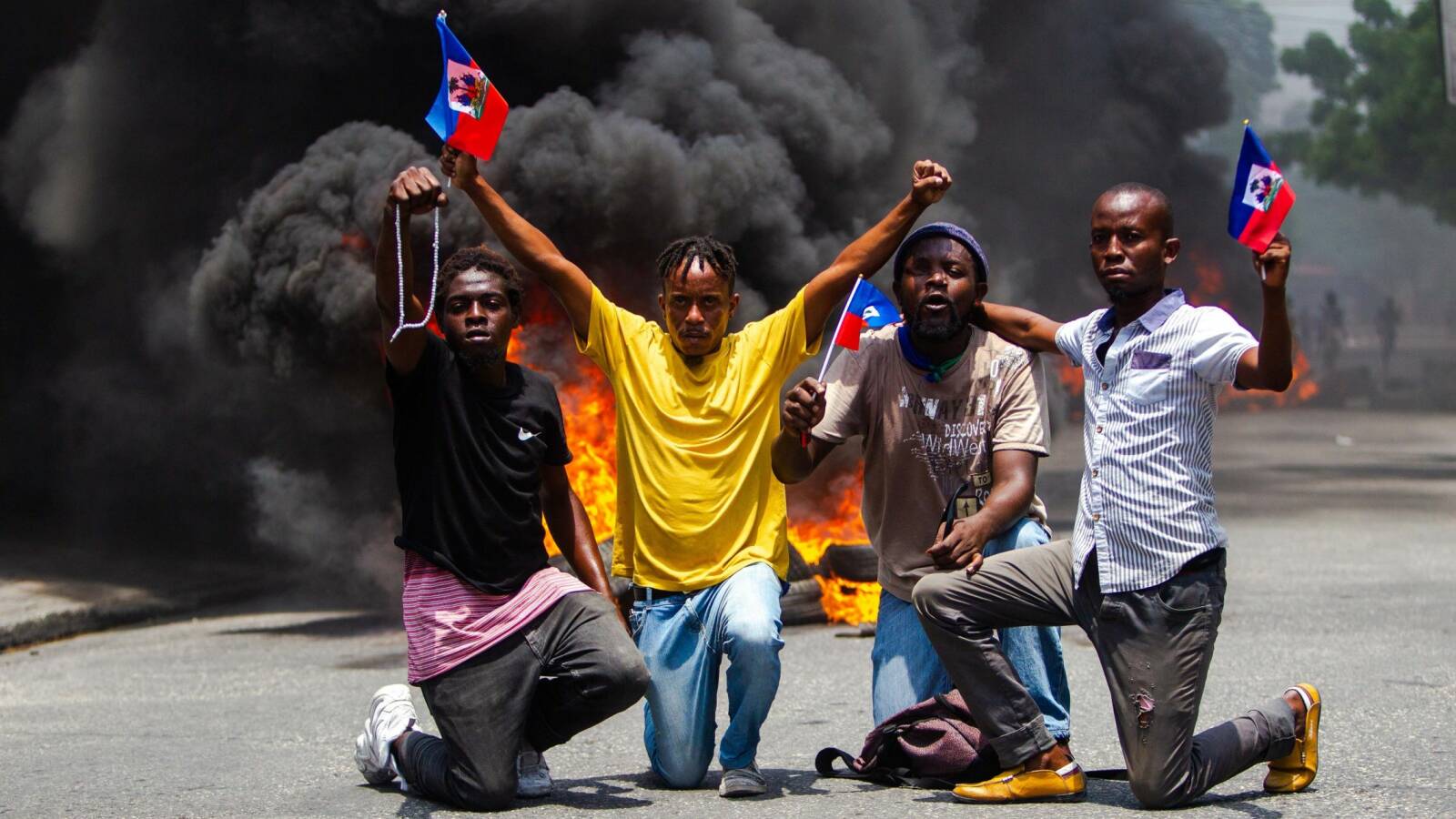 The night of Tuesday, July 6 and the early morning of Wednesday, July 7, will remain in the history of Haiti as one of its worst episodes and in which its president, Jovenel Moïse, was shot dead in the middle of an ambush. The assassination was carried out by a paramilitary assault group that entered his private residence in the Pelerin neighborhood of Port-au-Prince.

This event, once again, jeopardizes the battered stability of the country, plagued by political and social turbulence and by the concatenation of natural disasters in recent years and a decaying social situation that carries decades of high inequality.

A BBC Mundo report explains in keys the situation in which the Caribbean country finds itself.

1. Poverty and disasters in Haiti

Haiti has been the poorest country in America for years. In the last decade, although the Gross Domestic Product (GDP) per capita has improved slightly, going from US $ 662 to 765, the percentage of the population that lives on less than two dollars a day continues to be above 60%.

The risk of hunger is always present among a population devastated by the concatenation of crises, poor harvests influenced by natural disasters and inflation in the country.

The UN estimates that nearly 4 million Haitians, out of a population of about 11.5 million, are food insecure. One fifth of the population, about two million people, have been forced to emigrate. Eleven years ago, the country was devastated by one of the most important natural disasters in recent history, a magnitude 7 earthquake that had its epicenter in Léogâne, about 15 kilometers southwest of the capital Port-au-Prince.

It was the most serious earthquake to have occurred in Haiti since 1842. The earthquake and the two aftershocks that followed left 316,000 dead, 350,000 injured, thousands of houses collapsed and 60% of the medical infrastructure destroyed.

The virulence of the phenomenon and the fragility of the buildings and infrastructure magnified a tragedy with a death toll that was 10 times higher than all disasters that have occurred in Haiti since 1963, estimates the United Nations Development Program (UNDP). The economic damage was also huge: US $ 7.9 billion, 120% of the State’s GDP. In addition, 1.5 million people were left homeless.

It would not be the only natural disaster that they would see since then, because in 2016 Hurricane Matthew swept the southwest of the country causing 573 deaths and leaving some two million victims and Hurricane Laura passed through the country in August 2020 also leaving dozens of deaths and material damage in its wake.

Similarly, epidemics have decimated the population. The 2010 cholera infected 520,000 people and killed at least 7,000. The epidemic became endemic and, although the cases have decreased, the coronavirus took its place.

So far, just over 19,100 infections and 462 deaths have been officially recorded. However, experts warn that the real figures are much higher, as little control tests are carried out, and the arrival of new variants is multiplying the rate of infections. The upward trend could be «catastrophic», said Laure Adrien, director general of the Haitian Ministry of Health, to AFP.

Insecurity has set in in Haiti, especially in recent years. Numerous armed gangs have proliferated in the streets. Last June alone, more than 150 people were killed and another 200 kidnapped in the metropolitan area of Port-au-Prince, revealed a recent report by the Center for Analysis and Research in Human Rights (CARDH), an NGO specializing in the matter.

«The country is besieged by armed gangs that spread terror, assassinations, kidnappings, rapes (…). Port-au-Prince is besieged in the south, north and east. We are witnessing an increasingly passive society while the country is under siege», says the report that describes the situation as «hegemony of crime in Haiti».

The security forces seem overwhelmed by the phenomenon. The Army, which was eliminated in 1994 to prevent coup attempts (and reinstated in 2017), barely has 500 members, and the 15,000 police officers in the country do not seem to be enough to control the situation.

In addition, the armed forces and security bodies have been accused of committing indiscriminate killings and even the UN Security Council has asked Haiti to investigate the massacres of La Saline in 2018 and Bel-Air in 2019, in which dozens of civilians were killed.

Political instability is a constant in the country, suffice it to say that it is the only country in America that has had more than 20 governments in 35 years. However, its last conflict originated in 2015.

At that time, the then president Michel Martelly ended his term, but the controversial elections forced the appointment of an interim president of another political party, until the electoral authority recognized, a year later, the victory of Jovenel Moise, assassinated this Wednesday.

The opposition claimed that Moïse’s five-year term should have ended on February 7, since the end of the Martelly government in 2016. Moïse, however, insisted that he should govern one more year because he did not take office until February 7, 2017.

Moïse’s mandate was marked by social protests, especially in 2019, when thousands of people paralyzed practically all the activities of the country’s public and private institutions.

The protests have been spurred by economic unrest and a corruption scandal in which government officials allegedly embezzled $ 3.8 billion in aid from PetroCaribe, an oil assistance program. But Moïse never thought to resign.

«The solution to the problems we are currently going through is not the resignation of the president», he said in 2019 in an interview with BBC Mundo.

«The solution resides in unity, serenity and coexistence. That is why we tell all Haitians that we need to unite. We need to look into each other’s eyes to tell each other the truth. We need a united country to create a better country for the next generation”, he stated.

«We are not in a position to kill each other», he declared. Moïse’s assassination comes just two months before the presidential elections, scheduled for September 26. An election in which Moïse could not be a candidate.

The president had called, for the same date, a referendum to approve a new Constitution, a project that did not have the support of the opposition or the international community.

For some experts, this was «the straw that broke the camel’s back» of social unrest, as Alexandra Filippova, from the Institute for Justice and Democracy in Haiti, explained to BBC Mundo in February.

«Then, since he took power, there have been strong accusations of corruption, that the government has not only failed to protect the population from violence, but has also been complicit in certain violent acts», she said.

«He has also been highly questioned by the ways in which he has suppressed the protests against him and the way in which he has failed to contain crime and kidnappings, which have increased more than 200% during his government”, said Filippova.

In January 2020, Moïse dissolved Parliament and since then ruled Haiti by decree, being «the only and exclusive power in the country», said Robert Fatton, a professor at the University of Virginia, in the United States.

We have to wait and see the development of events from this moment on, both in the streets and in Haitian institutions.

The interim prime minister, Claude Joseph, who reported the death of the president and declared himself in charge, has made a call to the population to calm down and has assured that both the police and the army are in charge of maintaining order.