How big is the housing deficit in Venezuela? This is how the government’s plan to solve the situation is advancing

Torrential downpours in much of the northern part of the country and a large-scale flood was the ‘seed’ of a governmental program in Venezuela that, over a decade, has allowed the construction of more than 3
Share 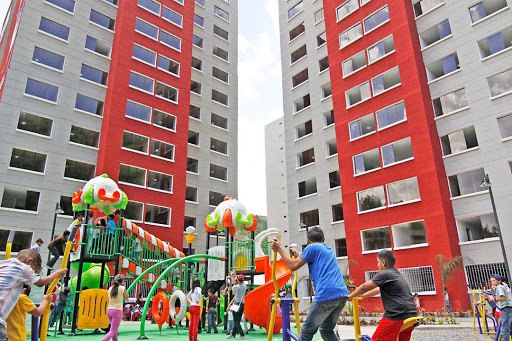 Torrential downpours in much of the northern part of the country and a large-scale flood was the ‘seed’ of a governmental program in Venezuela that, over a decade, has allowed the construction of more than 3.5 million homes.
The intense rains that affected 10 states in the country, between the end of 2010 and the beginning of 2011, had more serious effects in the states of Falcón, Miranda, Vargas and the Capital District. At that time, President Hugo Chávez issued an emergency decree and visited some of the risk areas, where downpours collapsed homes and left tens of thousands of people homeless.

Chávez ordered an immediate response and the actions involved the protection of families in temporary shelters, promising to provide them with a new home as soon as possible. Due to this situation, on April 30, 2011, the «Venezuela Housing Mission» (Misión Vivienda Venezuela) was officially created, according to a report by RT.

The program began with a registry that aimed to obtain the real number of affected families and the identification of those who resided in risk areas. On the first weekend, 100,000 households were included and in a few months the number exceeded half a million.

The high demand for housing that was established in that census, re-dimensioned the objective of the program. Chávez promised that he would not only serve families at risk, but also the rest of the population that lacked a home of their own: some, due to the high cost of properties and others, because they were victims of real estate scams.Thu

s, Chávez set a goal of building 2 million homes between 2011 and 2017, which would be financed and paid for at a «fair price» and «without speculation». To achieve this, the Venezuelan government became directly involved, incorporated private construction sectors and signed international agreements.

The first landmarks of this Housing Mission

It took four years for the program to reach the first million homes. That milestone was recorded on December 31, 2015. Three years later, the second million home was assigned to a Venezuelan family, on March 20, 2018, a figure with which the government of Nicolás Maduro fulfilled (although a year later) with the promise drawn up by Chávez in 2011.

Maduro then mentioned that the goal had been achieved despite the continuous sabotage directed against his country and the so-called «economic war», as the Executive called the pressure exerted by the US and the EU, which later led to unilateral coercive measures.

«We can say to Commander Chávez: Mission accomplished! Now we are heading towards 5 million homes», Maduro promised in 2018, as a new goal for the year 2025.

A year and a half later, the Maduro government reached the goal of 3 million homes. This occurred on December 26, 2019.

In mid-March 2021, 3.5 million homes had been constructed. Upon reaching that number, Maduro stressed that the program had delivered 40% of the houses to young families, a sector that he considered a victim of the «capitalist market».

According to data from the private sector, publicly disclosed by spokespersons for the Venezuelan Chamber of Construction, the housing deficit in the country would be around 2.5 million homes.

Precisely, the Government’s projection is to build 2.5 million homes over the next four years. «Yes, it is possible to build, yes, it is possible to resist, yes, we can move forward», said Maduro, referring to the goal they have managed to achieve, «despite the fact that the sanctions have done great damage» to the country.

To speed up construction, the Venezuelan president authorized the creation of the «Petro-Real Estate System», which is part of the so-called «Anti-Blockade Law» and which, according to the Government, «will allow progress in meeting the housing goals».

The use of the «Petro Inmobiliario», explained Maduro, will be given as «a reserve currency of value and financial viability», which will allow to establish «commercial alliances with private construction companies and input industries», to execute projects that have as a source of payment «the mortgage loans of the beneficiaries and the agreements of mixed sales of houses».