How is the border situation between Venezuela and Colombia in the Táchira region and northern Santander developing?

The border activity between Colombia and Venezuela has come to exceed 7 billion dollars in commercial exchanges.
Share 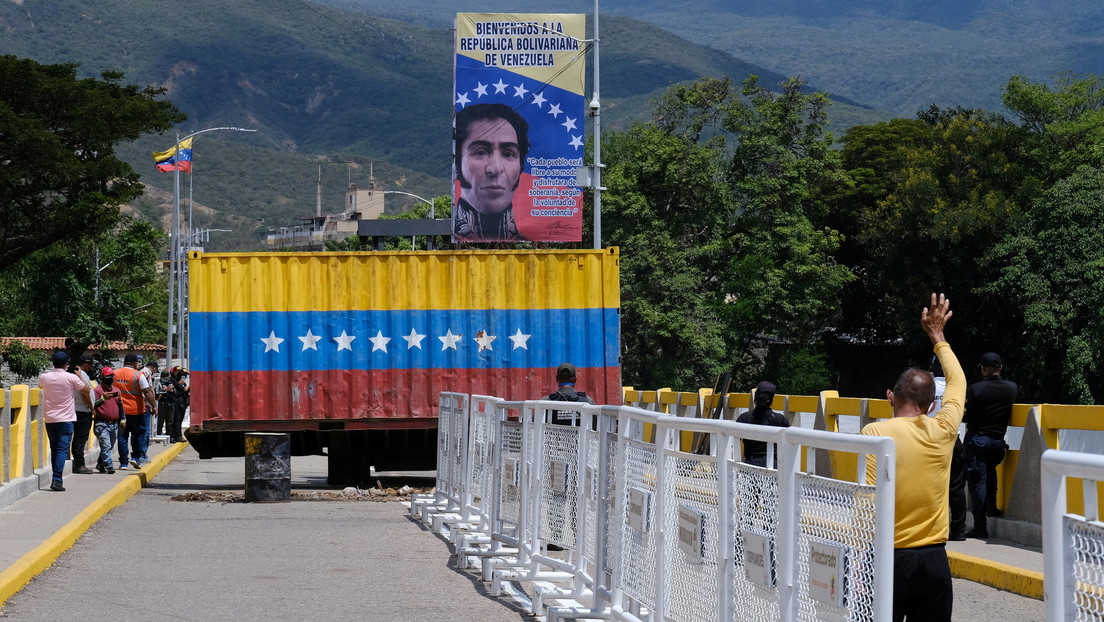 The border crossing between Colombia and Venezuela begins its slow ‘thaw’ with the enablement of the Simón Bolívar and Francisco de Paula Santander international bridges, to allow the passage of heavy cargo vehicles between Cúcuta and the Táchira state.

After the authorization of the «Commercial» and Progressive opening of the frontier with Colombia – informed by the Vice President of Venezuela, Delcy Rodríguez – initiated the preparations for the long awaited ‘normal’ crossings, that has been restricted for more than three years.

William Gómez, mayor of the Venezuelan municipality of Bolívar, Táchira state, declared for the Colombian media W Radio that «in the coming days» cargo vehicles will be allowed to cross, which will give formal start to the measure announced by Rodríguez on Monday.

«The pedestrian crossing will still be restricted because now we expect the articulation with the health and migration authorities, because when the reopening is announced, an average of 12,000 to 15,000 people will be passing through the bridge», explained Gómez.

The Mayor clarified that «the first phase» of this commercial reopening of the border will be carried out by the Francisco de Paula Santander International Bridge, which connects the Colombian city of Cúcuta, from the Department of Northern Santander of Colombia, with the people of the municipality of Ureña in the Táchira state.

Gómez commented that the passage will only be enabled, for now, for heavy cargo vehicles because it has not been authorized for particular cars or public transport.

The measures have been agreed in conjunction with officials of the Government of Colombia, who are responsible for the areas of migration and customs, as well as representatives of the North Regional Administration of Santander.

What happened after Venezuela’s announcement?

After the Venezuelan vice president announced the commercial reopening of the border, the representative of the Venezuelan Government in Táchira, Freddy Bernal, reported that the process will be «gradual and bio-safe» and stressed that it would begin with the withdrawal of the containers that were in the middle of international bridges, from the border conflict registered in Cúcuta on February 23, 2019, reported RT.

The containers represent a symbol of resistance for the Venezuelan authorities, since they were arranged to prevent the passage of heavy-load trucks, from Colombia, who tried to enter without authorization to the country with a supposed «humanitarian aid», after the self-proclamation of the ex-deputy Juan Guaidó as «interim president».

That episode, encouraged by the governments that made up the group of Lima, caused the closure of the binational border that has been maintained up to now. The almost null relations between Caracas and Bogotá, because of Ivan Duque’s position of not recognizing the government of President Nicolás Maduro, prevented the restoration of the dialogue between the parties to normalize the situation in the extensive bordering area.

This week, the Venezuelan authorities indicated that the passage towards regularization at the border was given with a view to revitalize the local economy, considered one of the most alive in the region.

In fact, Vice President Rodriguez recalled that border activity between Colombia and Venezuela has come to be more than 7 billion dollars in commercial exchanges in its history, which translates into «a very direct message to the productive forces» of both countries.

Meanwhile, the Migration Department of Colombia issued a statement to remember that «the border passage has been gradually happening» and «taking into account a series of schedules for the entrance and exit of travelers».

In the document, the Colombian migratory authorities emphasize that since June 2 they opened their border with Venezuela and that the process of entry of people to Colombian territory is carried out with «the ‘pico’ and cedula» system.

In the case of people who need to travel to the interior of the country or go to a third destination, they must comply with other requirements and records such as a travel ticket so as to leave Colombia , a hotel reservation or a letter of invitation, as well as possessing economic resources for their support and travel documents valid and current.

Migration Colombia also reported that once the process of entry to their country is stabilized in the border crossings with Venezuela, it will analyze the possibility of resuming the expedition of the Border Mobility Card (TMF). It also recalled that health controls to travelers are to be done and checked by departmental and local health authorities.

The Colombian Venezuelan Economic Integration Chamber (CAVECOL) celebrated the announcement of the border trade opening with a statement, since they considered it a key factor «in the reactivation of productive activity and the legitimate and formal commercial exchange».

Cavecol members urged that the measure be coordinated between the authorities of both countries so that, soon, the regular passage of pedestrians and vehicles for commercial exchange «is allowed», so as to reverse the unfavorable effects «that the restrictions and the prolonged closures caused in the region».

«Now, more than ever, stable conditions are needed for the reconstruction of the social and business tissue on both sides of the border», add the entrepreneurs, without ignoring that it is a complex operation.

However, the guild insists on the need for the actors in charge of regulating the passage to «put aside personal interests, giving priority to their commitment to favor the restoration of normality, for healthy coexistence and formal trade between both nations, for real».