Is Uruguay now a threat to the stability of Mercosur? 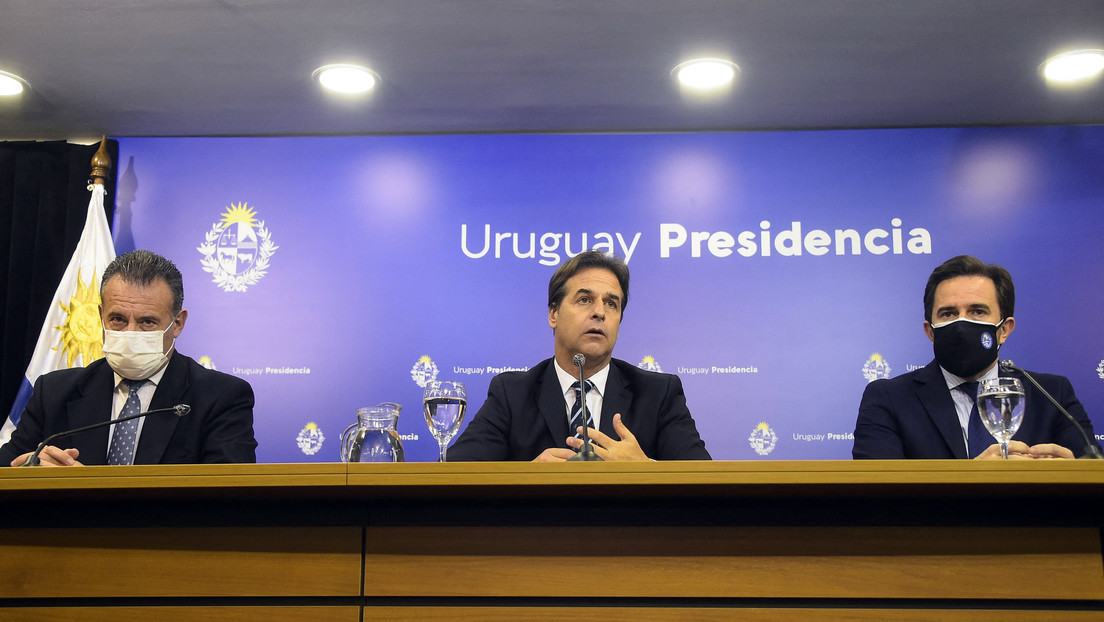 Uruguay has no time to lose. The president of that country, Luis Lacalle Pou, did not hesitate to say so in various ways during the press conference to announce that he had received a letter from the Chinese government «agreeing to advance a free trade agreement».

«The world is moving very fast and it is not waiting for us, and Uruguay today goes from words to action», said the president, after stating that an eventual trade agreement with the Asian giant is «a very nice possibility», quoted in a report by Nazareth Balbás for RT.

The problem is that this bilateral pact could have other mourners within the Southern Common Market (Mercosur), a bloc made up of Uruguay, Paraguay, Brazil and Argentina, which in recent years has been weakened by the lack of consensus among the Governments that currently comprise it: while Lacalle and the far-right Jair Bolsonaro push for «commercial flexibility», the leftist Alberto Fernández is moving in the opposite direction.

On Tuesday, in a meeting with parties from all political sectors in Uruguay, Lacalle admitted that he was aware that the decision could have negative reactions within Mercosur. But he showed no intention of backing down: «If it creates discomfort, it will be nothing more and nothing less than a little discomfort».

The most anticipated response is that of Argentina. Although there was no pronouncement from the Foreign Ministry or the presidency, the Argentine Minister of Productive Development, Matías Kulfas, considered that Uruguay’s position is incompatible with Mercosur.

«You can make a bilateral agreement with China outside of Mercosur or you can continue in Mercosur. Mercosur regulations are very clear. The agreements are made as a block; they are not done bilaterally. It is a decision that the Uruguayan government will make and we will be observing what it does», said Kulfas, quoted by La Nación.

Does Uruguay’s loyalty to Mercosur look to China?

However, the Uruguayan president maintains that his country has been «very transparent and very loyal» about its negotiations with China and explained that his Foreign Minister communicated the decision to Argentine Foreign Minister Felipe Solá. «Everyone knew which was our path, we informed them in advance and started walking», he pointed out.

According to Lacalle, the only thing Uruguay committed itself to, was to start the negotiations, communicate the decisions and, eventually, to summon «the other members of Mercosur to move forward». But a block negotiation is not so easy either.

The first step that Uruguay will take, will be the feasibility study for the establishment of an eventual free trade agreement. Montevideo has emphasized that this issue is of a bilateral nature, which is why it affirms that the approval of the parliaments of the Mercosur countries is not required to move forward.

This position, however, contravenes the Treaty of Asunción, which establishes that all negotiations outside Mercosur must be through the figure of consensus among the members of the integration mechanism, an issue that Argentina constantly cites to oppose Uruguay’s decision to negotiate ‘in solitary’.

Meanwhile, Lacalle defends his right to speak ‘one on one’ with China. “If we move forward together, the better, because Mercosur as a whole has more negotiating power than we alone. What does not seem appropriate to us is that if the others do not advance, Uruguay should stay put».

One of the main reasons for this haste is that more than 30% of Uruguay’s exports –especially raw materials– go to China. Lacalle’s premise is that Montevideo would have the possibility of taking its products to the Asian market with tariff preferences and «opening up to the world to generate prosperity».

«Uruguay is in trouble, each day that passes is a day lost», insisted the president, who did not miss the opportunity to recall that previous governments – such as that of Tabaré Vásquez, of the opposition Frente Amplio – also took steps in relation to China. «We are not inventing the wheel», he said.

What the president did not say is that when Vásquez announced a negotiation with China, in 2017, he opposed the measure with an argument that today would work against him: “Progress is being made without having an explicit or implicit endorsement coordinated with the other countries, members of Mercosur. You will have heard in the electoral campaign and now, the famous decision 32 of 2000, which inhibits the partners from advancing alone in negotiations with other countries outside the bloc».

Are they in a hurry because of Brazil?

The other important partner in the debate is Brazil. In this regard, Lacalle announced that his economy minister, Azucena Arbeleche, had met informally with her Brazilian counterpart, Paulo Guedes, to communicate the decision on China.

«There was an acceptable return, so Brazil is also aware of this situation», said the president, who was very cautious when addressing the issue at the press conference. The excess of care has a compelling reason: the South American giant is on the eve of a presidential election and, if there is a change of political course, Uruguay would probably lose the support that it enjoys today, with Bolsonaro.

The ultra-rightist, unlike Fernández, has agreed to a free market policy and, in a way, has bet on the weakening of Mercosur. For this reason, Lacalle hinted that the rush to advance with China also has to do with taking advantage of the support of his Brazilian counterpart.

“Any electoral process can suggest a change. Today we have a certain position from Brazil, which I don’t know if it will change (after the election). What I do know is that the one we have today (Brazil’s position), serves Uruguayan interests, in the case of advancing bilaterally with China, with which, if it serves us now, let’s take advantage».

What could happen with the US

Beyond the foreseeable «discomfort» within Mercosur with China, despite the fact that Paraguay has approached Beijing in the last year and made threats to break with Taiwan, Uruguay is also unaware that the US could frown.
Given this possibility, the Uruguayan president has already announced that the eventual free trade agreement with China is not exclusive. «We are open to signing FTAs with all the countries of the world».

In a display of political pragmatism, Lacalle assured that his interest is «the welfare of Uruguayans», so he would have no problem advancing in an FTA with China and, in parallel, negotiating under the same conditions with the United States. : «This is not one or the other, if it is both, better».

The pre-feasibility study should be ready by the end of the year and, if approved, it would be the decisive step for an FTA with China, which cannot be negotiated in a single presidential term. That is why Lacalle has sought the support of all political parties – after communicating the news – and is preparing for an upcoming debate in the Senate on the matter.

For now, the president’s strategy is to put «all efforts» in the negotiation with the Asian giant, «always with one eye looking at the rest of the world». The problem is that while Lacalle promises to look in all directions, he observes Mercosur from the corner of his eyes..