Islamic State of Afghanistan: The greatest terrorist threat on the planet? 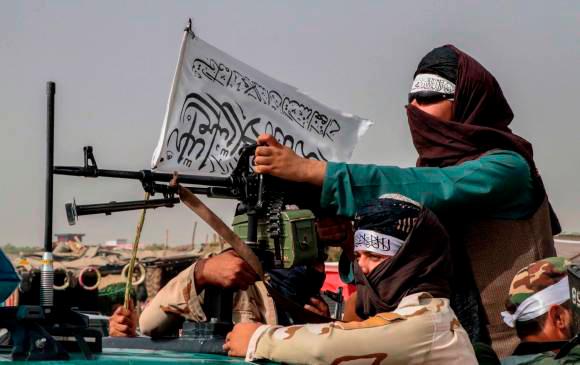 The Islamic State of Greater Khorasan, an offshoot of the terrorist group blamed by the US government for the deadly attacks in Kabul, was formed in eastern Afghanistan 6 years ago and quickly became one of the biggest global threats in the world.

Despite the years of the Washington-led coalition’s military campaign, the jihadist Salafist organization survived and launched a new massive attack as the US and its NATO partners withdrew their troops from Afghan territory, and as the Taliban have returned to power, reports RT.

President Joe Biden cited the threat of IS attacks to keep the August 31 deadline for the withdrawal of US forces from Afghanistan. He blamed the group for the attacks near the airport in the Afghan capital, perpetrated by two suicide bombers, who were among the crowd of civilians outside the gates of facilities controlled by US service members.

«Let those who carried out this attack, as well as anyone who wishes [to] harm America (US), know this: We will not forgive. We will not forget. We will hunt them down and make them pay”, he declared during a speech from the White House.

For his part, the international analyst Nicola Hadwa, pointed out that he finds the attack that took place at the Kabul airport «very suspicious», since «there are voices in the US that ask not to withdraw and stay in Afghanistan». He added that the attacks could cause the country to prolong its «artificial presence» on Afghan soil.

What is the Islamic State of Greater Khorasan?

The IS affiliate in Central Asia emerged in the months after the group’s core of fighters swept through Syria and Iraq, forging a self-styled caliphate, or Islamic empire, in the summer of 2014. It took local and international forces 5 years of fighting to push them back in Syria and Iraq. The Afghan branch takes its name from the Greater Khorasan region, which encompassed much of Afghanistan, Iran, and Central Asia in the Middle Ages. The group is also known as ‘ISK’ or ‘ISIS K’.

The group started with several hundred Pakistani Taliban fighters, who took refuge across the border in Afghanistan after military operations drove them away from their home country. There, they were joined by other like-minded extremists, including Afghan Taliban fighters unhappy with what they – unlike the West – viewed as the overly moderate and peaceful forms of the Taliban.

As the Taliban sought peace talks, in recent years, with the US, other disgruntled radicals turned to the more extremist Islamic State, increasing in number. Most of them were frustrated by negotiations with the US authorities at a time when they thought the movement could achieve a military victory.

The group has also attracted an important cadre of the Islamic Movement from neighboring Uzbekistan; fighters from Iran’s only Sunni Muslim-majority province; and members of the Turkestan Islamic Party, made up of Uighurs from northeast China. Many of them were drawn to the violent and extreme ideology of the Islamic State, which includes the promise of a caliphate to unite the Islamic world, a goal the Taliban never embraced.

Why is IS Khorasan a major terrorist threat?

While the Taliban have limited their fight to Afghan territory, the Islamic State group in Afghanistan and Pakistan has endorsed the call for a global jihad against non-Muslims.

The Center for International and Strategic Studies, based in Washington, counts dozens of attacks that IS fighters have launched against civilians in Afghanistan and Pakistan, including the Shiite Muslim minority, as well as hundreds of clashes with Afghan, Pakistani and of the US-led coalition since January 2017, reports AP.

Although the group has yet to carry out attacks on US territory, the US government believes that it represents a chronic threat to its interests and those of its allies in South and Central Asia.