Italo Ferreira: the young Brazilian who surfed poverty to reach the top of the Olympism

After a heartfelt hug with two members of his team and many happy tears, Italo Ferreira was pulled out of the water on his teammates shoulders shoulders
Share 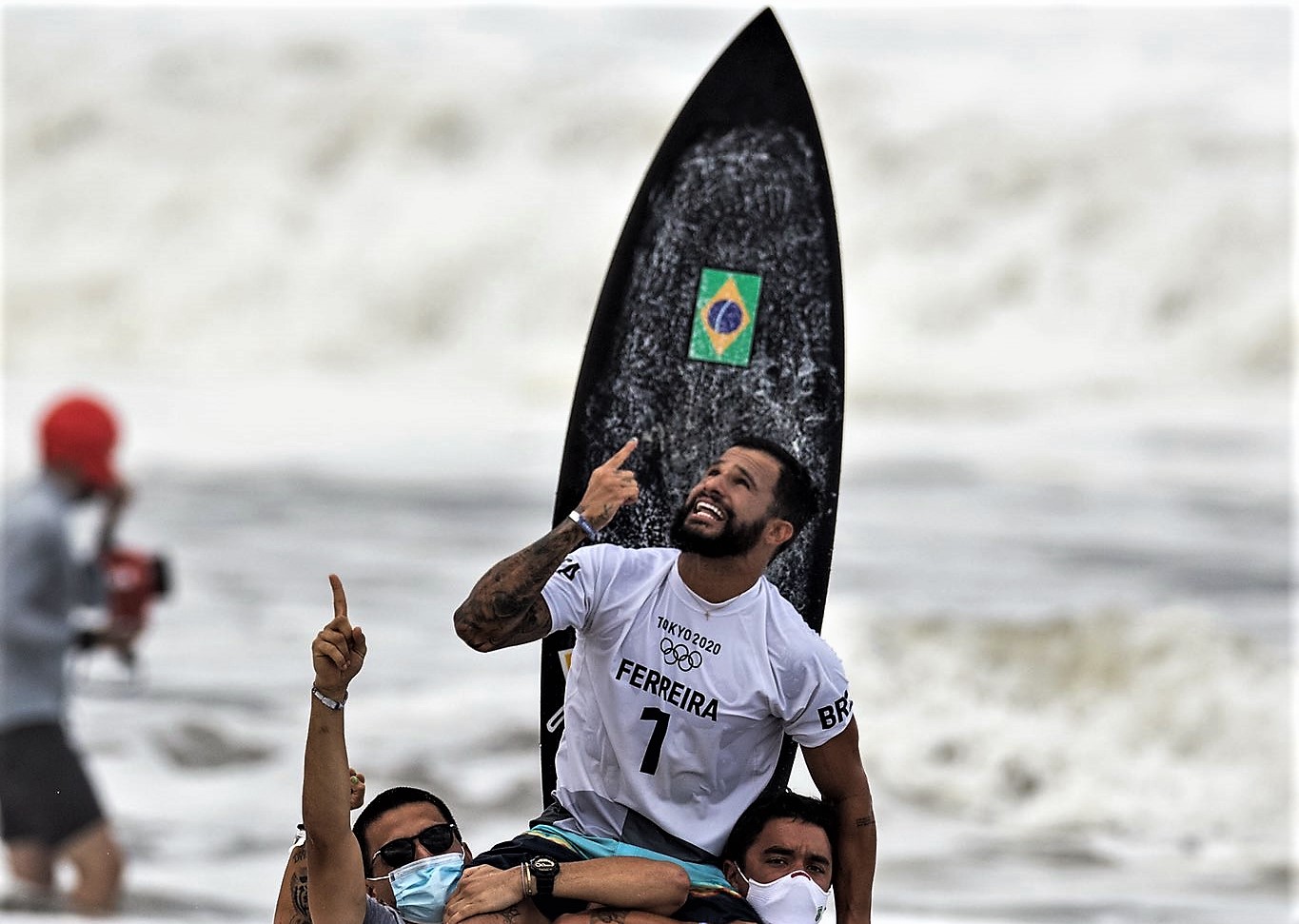 After a heartfelt hug with two members of his team and many happy tears, Italo Ferreira was pulled out of the water on his teammates shoulders shoulders. At 27, the Brazilian, from the impoverished northeast of Brazil, became the first Olympic surfing champion on Tuesday and won the first gold medal for his country at the Tokyo Games.

The imminent arrival of Typhoon Nepartak made the Tsurigasaki Sea, some 100 kilometers south of Tokyo, the perfect setting for competing in this newcomer sport in an Olympics.

But after the first wave, the Brazilian’s board broke in two while trying to perform a maneuver. Seconds later, Italo swam to the sand to get a new one and return to the sea determined to make history.

«When you stop to think about your story and where you come from …», he said to a journalist from O Globo in an interview shortly after his victory. He couldn’t finish the sentence.

Italo began to cry disconsolate, covering his eyes with his hands. Even the journalist’s voice broke with excitement.
«My intention is to help people, my family (…) I wish my grandmother were alive to see this. I am very happy to see what I have become, because of what I did for my parents. I always asked for this dream to come true and it happened”, he assured. But, who is this man that everyone talks about today in Brazil?

Italo was born in Baía Formosa, a city of 8,000 inhabitants, in the state of Río Grande do Norte, known for its natural beauty and almost desert beaches. As in the whole country, soccer is one of the favorite sports of young people there, but surfing is almost on par.

He was eight years old when he fell in love with this sport, but he did not get his first board until he was 10. Until then, he used to surf with borrowed boards and with the polystyrene lids of the refrigerators where his father stored the fish to sell, details  a report by Marta Miera for RT.

Since he got on that first surfboard, Italo has been conquering titles, and in 2019 he rose as world champion of the World Surf League (WSL) in Hawaii, becoming the third Brazilian to do so.

«When you come from below, when you go through difficulties, you have more will, more grit, more determination. It was no different with me”, he said.

Without forgetting his city, his roots and his people, the surfer, who has become a model and inspiration for the young people of Baía Formosa and for all Brazil, recalled that the Italo Ferreira Institute is underway to help children in vulnerable conditions, through the practice of this sport.

«With this opportunity I will be able to contribute a little more to the evolution of this new generation. Being able to have these kids in the institute, teach them and show them that it is possible, that they can also achieve their goal», he assured.

And that project already has its headquarters: the house where his grandmother, Dona Mairiquinha, who died two years ago, lived. She was the great inspiration of this athlete who on Tuesday, became a legend, and he dedicated his Olympic gold to her.