The Attorney General of the United States, William Barr, authorized the initiation of investigations into Donald Trump’s allegations
Share 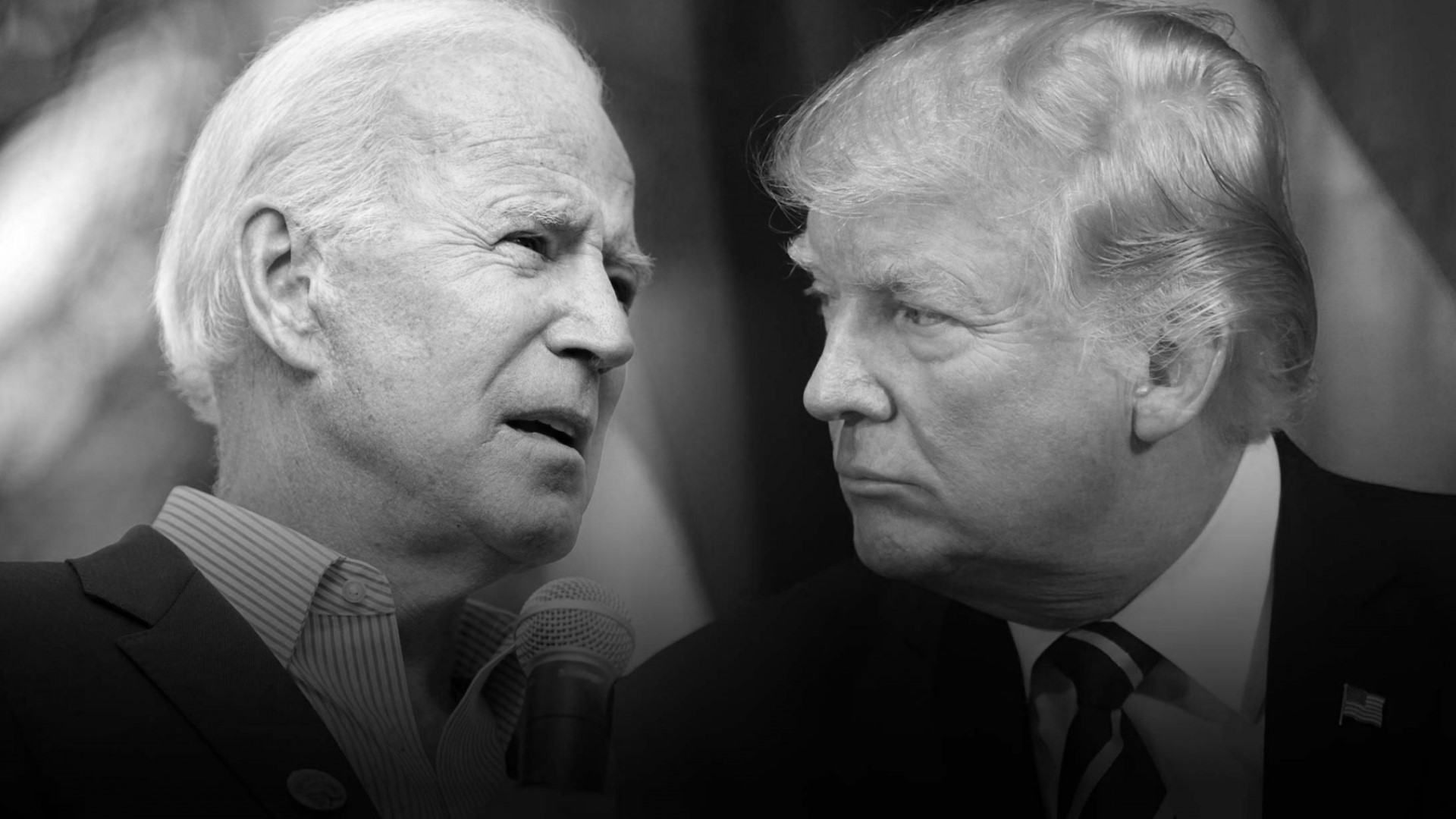 The Attorney General of the United States, William Barr, authorized the initiation of investigations into Donald Trump’s allegations. These have to do with alleged irregularities in the recent electoral process. Therefore, federal prosecutors will be in charge of doing them before the results of the elections are certified.

Barr explained that the investigations can be launched if there are clear and credible allegations of irregularities in the voting process. Much more – he added – if they can affect the outcome of a federal election. This is how it reads in a statement published this Monday.

Faced with this dilemma, the question arises: Can the results of the US presidential elections be decided in court? To answer it, it is necessary to review the facts known so far.

The US media declared who won the elections, something absolutely normal in that country since the mid-19th century. In this case, it was the representative of the Democratic party, Joe Biden. But his Republican rival, President Donald Trump, challenged the vote counting in four key states.

The Trump campaign denounces, without presenting a single proof, that there is electoral fraud. Specifically, they speak of four states – Pennsylvania, Wisconsin, Georgia and Michigan – where they want to stop the count for Trump to win.

Why do the media declare the winner of the electoral contest?

Generally, or always, when the data shows that a candidate has an irreversible advantage, the main media channels declare that person the winner. This announcement must be given in the early morning hours of the day after the vote. However, these results are not official, but projections, since the official count always takes days to be known.

The main problem this year is that, due to the effect of the pandemic, there is an enormous volume of votes by mail. So the official count is taking longer than normal. Now, everything got worse because some states ordered – by decree – that no ballot could be counted until the centers closed on election day.

This caused the counting of the so-called “absentee votes” to begin, manually, the same night of November 3. Additionally, votes by mail demand more time because certain verification requirements must be met.

“If the contest is too close and neither candidate takes a good advantage, the count continues before the winner is known”. This was explained by Matthew Weil, director of the electoral project of the Bipartisan Center for Policy Research, in an interview with the BBC.

When the lawsuits started

Before Tuesday’s face-to-face vote, there were more than 300 lawsuits in 44 states. All were linked to early voting by mail, which this year approached 100 million votes.

The complaints focused on a number of issues. Among them, the deadline for sending and receiving the ballots, the mandatory signatures of the witnesses and the envelopes used to send them.

On the one hand, Republican-controlled states argued that the restrictions were necessary to crack down on voter fraud. On the other hand, Democrats charged that they were attempts to prevent people from exercising their civic rights.

Now, the lawsuits are focused on states where, curiously, Trump lost. Because for the current president, in the states where he won there were no irregularities of any kind.

What are the key states in dispute?

The Trump campaign requested a recount in Wisconsin, arguing “observed anomalies” on Tuesday, November 3. But, it is not clear when that count would take place. Usually that doesn’t happen until officials finish reviewing the votes. At the moment, the deadline in Wisconsin to close that process is November 17.

Interviewed by the BBC, Richard Briffault, a professor at Columbia University School of Law, recalled that in 2016 there was also a recount in Wisconsin. In the end, it “changed a hundred votes”.

He then specified: “A recount is not a means to question the legality of a vote. It is literally a means of making sure the calculations are correct”.

Trump won Michigan in 2016 by its thinnest margin: just over 10,700 votes. This November 4, his team announced a lawsuit to stop the count there. However, officials have already unofficially counted 96% of the votes.

Thousands of votes still remain uncounted in this state, and the majority come from historically Democratic regions. That is why the American media projects a Biden victory.

The challenge is centered on the state’s decision to count ballots postmarked on Election Day, but arriving up to three days late. Based on the latter, Republicans are seeking an appeal.

In this regard, Weil believes that this lawsuit would have a greater chance of succeeding than the previous ones. He recalled that the Supreme Court was at a standstill before Judge Amy Coney Barrett joined.

“There is a risk that some of those postal votes cast on Tuesday, but not received until Friday, may be discarded. Yes, it would be an incorrect result, but I think it is a legally possible result”, he said.

But, Weil adds that the results would have to be “very, very tight for that to matter”. He recalled that the authorities strongly urged voters to deliver their ballots at the centers, instead of sending them by mail. “So I guess there won’t be a lot of ballots that can be discarded, if that’s the case”, he said.

Republicans and Trump’s team filed a lawsuit in Chatham County, Georgia, to stop the count. Again, they alleged “problems” with the processing of absentee ballots.

In this case, the request to “justice” is that the county ballots received after the polls closed on voting day be removed from the count.

Could this electoral disaster reach the Supreme Court?

In the early hours of Wednesday, when Trump denounced “fraud” without showing proof, he made clear his next action. “We will go to the Supreme Court of the United States. We want the voting to stop”, he emphasized.

Voting has already stopped. The polls closed on Election Day. Only late votes remain, such as Pennsylvania, which were only delayed by restrictions imposed by the Republicans.

In this particular, Weil assured: “The Supreme Court does not have any kind of special power to stop the legal counting process”. Briffault also agreed, explaining that there may be disputes over close contests in crucial states. “But, they must have (a case) that raises a constitutional concern” for it to reach the Supreme Court, he said.

“There is no standard process for taking electoral disputes to the Supreme Court. It is very unusual and would have to involve a very important topic”, he added.

So if the Trump campaign plans to challenge the result, it must first do so in state courts. Then, if you do not get the desired ruling and a recount is not ordered – for example – that is when you could take the case to the Supreme Court.

But, generally the counts are activated automatically if the margins are quite tight. The last example of this happened in Florida in 2000, in the battle between George W. Bush and Al Gore.

How long can the whole process take?

Because it is a presidential electoral process, there are federal and constitutional deadlines to move forward. States have about five weeks – starting Nov. 3 – to determine which candidate won their presidential race. This year that deadline is December 8.

Then, if a state has not declared a winner by that date, the president is chosen by the electoral college, regardless of the result of the popular vote. In this case, Congress can rule that the final count will not be made.

On December 14, the “electoral colleges” of each state meet to vote, with or without the results of the popular vote. And, if there is still no winner by January 6, Congress decides the outcome.

That last step is known as “contingent choice”. Here, the House of Representatives elects the president. How do you choose it? Well, each state delegation in the House has one vote. In the end, whoever wins 26 votes is the new president, since there are 50 states.

For its part, the Senate confirms the vice president. And – only in this case – is that there could be a president and a vice president from different parties.

But, Weil notes: “A lot of things would have to go wrong to get into this situation. That is, the election should be incredibly close. (…) Because there could be court rulings in several states and still have a candidate who gets 270 votes in the electoral college”.

What if the states don’t agree on who won the vote?

It could happen – although unlikely – that the Executive and Legislative powers in a state do not agree. For example, that one of the parties alleges that the final vote count is inaccurate or manipulated.

This is a possibility in key states such as North Carolina, Pennsylvania, Michigan and Wisconsin. Why? Because they currently have divided governments: Democratic governors and Republican-majority legislatures.

So, in a closed election, legislators could theoretically separate from their governors and present their own results to Congress. And there, Congress would have to determine which are the valid votes: those presented by the legislature or those of the governor.

If the House and Senate agree, no problem. But, if they are divided, it would be to enter uncharted waters. However, the BBC reports that “some experts say that federal law is in favor of the governor’s constituents”.

The Constitution of the United States establishes that the new presidential term begins on January 20. “At noon, we have to take an oath to someone who will be president. If there is no outcome, then we move on to another succession plan”, says Weil.

In that sense, it explains another possible scenario, although remote. The House of Representatives does not get a majority to elect the president, but the Senate does manage to confirm the vice president. So if the House cannot resolve it before January 20, the vice president chosen by the Senate becomes the new president.

An even more remote probability: House and Senate do not agree and there is no president or vice president. In this case, the head of the House of Representatives assumes the presidency of the nation.

Have we seen this type of electoral drama before?

Let’s talk about the most recent. The 2000 elections are the only ones decided by the Supreme Court, when George W. Bush surpassed Al Gore. On Election Day, Gore won the popular vote, but everything was very close with the number of polling stations. It all depended on how Florida distributed its 25 votes.

The race was close enough to trigger a recount. Gore’s team requested that four counties do that count by hand. The Bush campaign appealed. Weeks later, the Supreme Court ruled in favor of Bush – along party lines 5-4 – and Gore accepted the ruling. 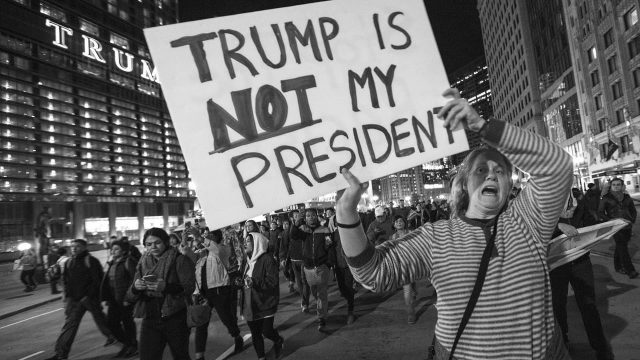 USA: Is there a constitutional way for Trump to strike a "coup" and stay in power? 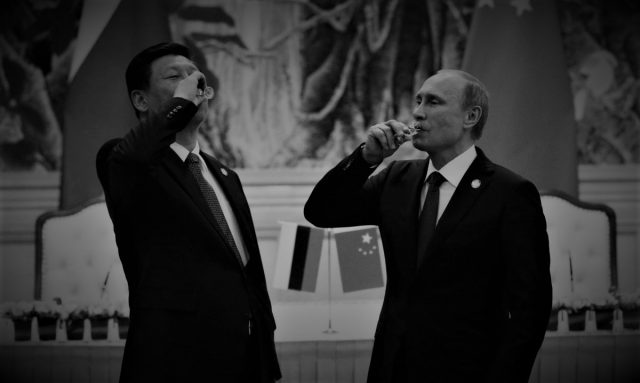 Biden vs. Trump: Why don't China and Russia recognize the election results? 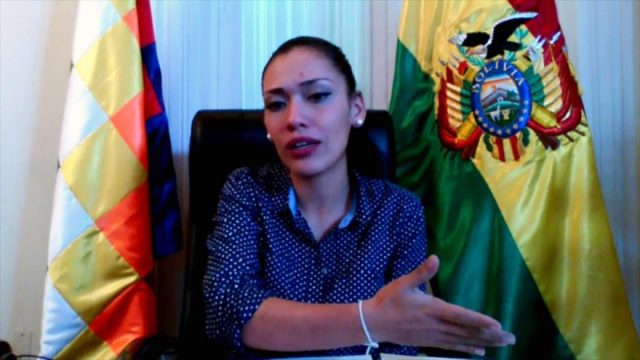 By Bruno Sommer and Denis Rogatyuk Last Friday, October 23, the Supreme Electoral Court (TSE) of Bolivia officially proclaimed the socialist Luis Arce as president-elect of the country, for the 2020-2025 five-year period, upon approval of the official count of the general elections of October 18 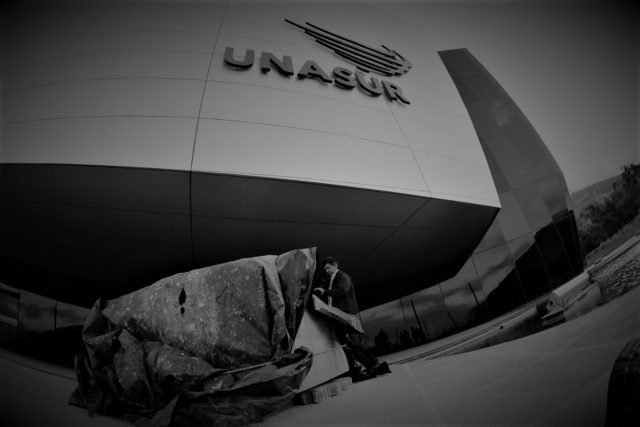 The former president of Colombia and former secretary general of the Union of South American Nations (Unasur), Ernesto Samper, stressed that the regional integration bloc is likely to, once again, position itself as an organization of great importance for the peoples of the south