Lithium: the ‘white gold’ that everyone now wants to exploit in Latin America

This year, the International Lithium Congress will be held together with ECLAC, in which Bolivia, Argentina, Chile and Mexico will participate.
Share 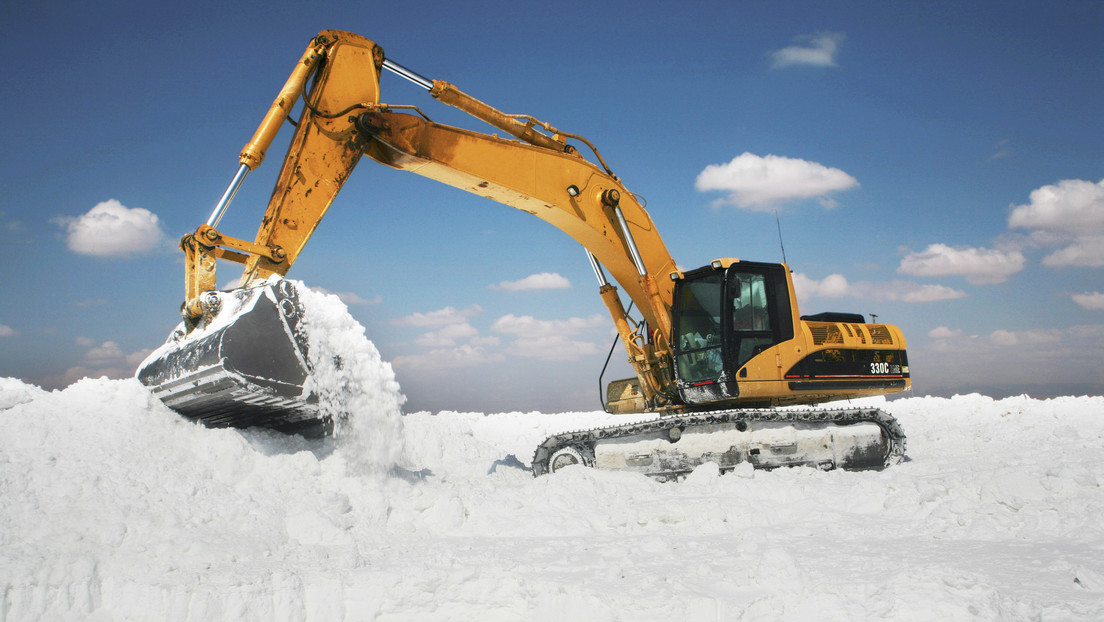 Many countries around the world have taken, in recent years, an unusual interest in Lithium, also known as white gold.

Although it has been produced commercially since 1923 and has been used in medicine, construction and industry in general, its current interest lies in its importance for manufacturing electric batteries, which are needed for mobile phones, solar panels and electromobility (electric vehicles), as part of the energy transition, which seeks to have alternatives to fossil fuels.

Between 2016 and 2021, according to data from the US Geological Survey (USGS), global lithium production has almost tripled. Specifically, six years ago it was 35,000 tons, while last year it reached 100,000 tons, as detailed in the latest report ‘Summary of mineral products‘ of that institution.

Reserves and the ‘Lithium Triangle’

However, when talking about known world reserves, the order changes and the Latin American countries take the lead.

These three countries make up what has been called the ‘Lithium Triangle’; and they are joined in Latin America by Mexico, with 1.7 million tons of identified reserves; Peru, with 880,000; and Brazil, with 470,000. In this way, more than 59% of the known reserves of this metal would be in the region.

Argentina, Bolivia and Chile have most of the deposits in salt flats; while Brazil, Mexico and Peru have discovered important deposits in pegmatite (hard rock) and in sedimentary clay, although there are also salt flats.

Last week, the countries that make up the ‘Lithium Triangle’ together with Mexico and representatives of the Economic Commission for Latin America and the Caribbean (ECLAC) held, virtually, the International Forum «Perspectives of Lithium from Latin America», which was organized by the Bolivian Ministry of Hydrocarbons and Energy.

During her speech, the director of the Natural Resources Division of ECLAC, Jeannette Sánchez, highlighted the opportunity that the region has with lithium, noting that the demand for this resource has increased by 11% per year in recent years and that an annual growth of 16% is projected between 2019 and 2030.

The Chilean Mining Minister, Marcela Hernando, informed the forum that the lithium industry in her country is growing and that in the first 10 months of 2021, exports of this resource generated some 772 million dollars to the country. She explained that the nation has 63 saline environments, with potential in 18 salt flats; the most relevant and most explored are found in the Atacama Region, where 90% of Chilean reserves are concentrated.

However, the official commented that Chile must overcome several difficulties to reach its potential in this area, such as the lack of knowledge on the ‘behavior’ of salt flats and their social and environmental sustainability, the lack of regulation and control, the insufficient capture of rent and the scarce generation of value.

She announced that the newly installed government of Gabriel Boric plans to create a national lithium company, as well as a research and development institute to investigate new extraction methods, advanced materials, technology and innovation.

Hernando also mentioned some proposals for this industry that were generated by a commission established in 2014, during the second government of Michelle Bachelet, and adopted by the Boric administration, such as considering lithium as a «strategic mineral», prohibiting its transfer in concessions and strengthening the role of the State as owner of mineral resources.

The Undersecretary for Institutional Coordination of the Argentine Energy Secretariat, Guillermo Usandivaras, indicated that his country currently has two lithium exploitation projects, two under construction and 50 under exploration.

Usandivaras mentioned that with a reform to the Mining Code, lithium became part of the first category mines, which can be acquired by any private agent, national or foreign, via provincial mining concessions, without terms or conditions.

He also spoke about investment in science and technology in the South American country regarding lithium, which currently has 30 executing units with projects related to this resource, 185 researchers and 118 scholarship holders.

The Secretary of Energy of Mexico, Rocío Nahle García, said – during her speech – that in her country there is an important debate on «what to do with lithium» and mentioned that President Andrés Manuel López Obrador has presented initiatives for constitutional changes in the area of electricity and in these initiatives the reserves of this resource are contemplated.

Just last Monday, the Chamber of Deputies of the Mexican Congress approved, in general and in particular, various changes to the Mining Law to protect lithium. The next day, the Senate endorsed the reform project.

It is a draft decree that was sent by López Obrador to declare of «public utility» the exploration, exploitation and the use of lithium.

Nahle, in her participation in the forum, acknowledged that Mexico has not yet developed the exploitation of the metal like other countries in the region. She pointed out that they plan to create a State-owned lithium company and that they see the opportunity in this resource, mainly in the manufacture of batteries for electric vehicles and for the national electrical system, as well as for the manufacture of cells and their components.

The Minister of Hydrocarbons and Energy of the Plurinational State of Bolivia, Franklin Molina, commented that his country has been moving for some years in a different way of carrying out the exploitation of natural resources and under that logic, for some time, began «the transformation of its economic structure focused on the lithium industrialization project».

He pointed out that the 21 million metric tons of lithium that have been identified in the South American country have been only in the Uyuni salt flat, the largest salt flat in the world, with 11,000 square kilometers.

The official indicated that they expect these reserves to increase, «as the resources of this mineral are quantified in the different salt flats and lagoons» of the country.

Molina emphasized the geopolitical context of lithium, taking into account the concentration of the resource in the region.

«Our Latin America, which is undoubtedly a fundamental player in terms of global lithium reserves, is now an important player», he emphasized.

He added that, with this reality, Latin America is «a key factor for everything that the energy transition strategies that are underway mean».

The Bolivian minister urged to «jointly and fraternally strengthen a new institutional space of a regional nature», with an open and multidisciplinary format, which is committed mainly «to the defense of the national sovereignty» of each of the States over the reserves of lithium.

He stressed that the regional union and coordination must set its sights on «a future of opportunities for its peoples».

Before ending the virtual meeting, Molina announced that this year, the International Lithium Congress will be held, under the auspices of ECLAC, in which authorities from Bolivia, Argentina, Chile and Mexico, as well as leaders from the academic and professional world and social organizations will participate.

In that meeting they will address, among other things, whether it is possible to design new sustainable extractive and productive schemes today, aimed at supplying their own energy transition plans, and under what social and economic, political and geopolitical, technological and socio-environmental conditions.