Mexico: Some of the transgender candidates for the 2021 elections

Mexico’s 2021 federal elections, officially named by the electoral authority as the 2020-2021 Federal Electoral Process, will be held on June 6, 2021 to elect the 500 members of the federal chamber of deputies which will have plural and inclusive representation of historically excluded sectors such as the LGBT + community (lesbian, gay, bisexual, transgender, […]
Share 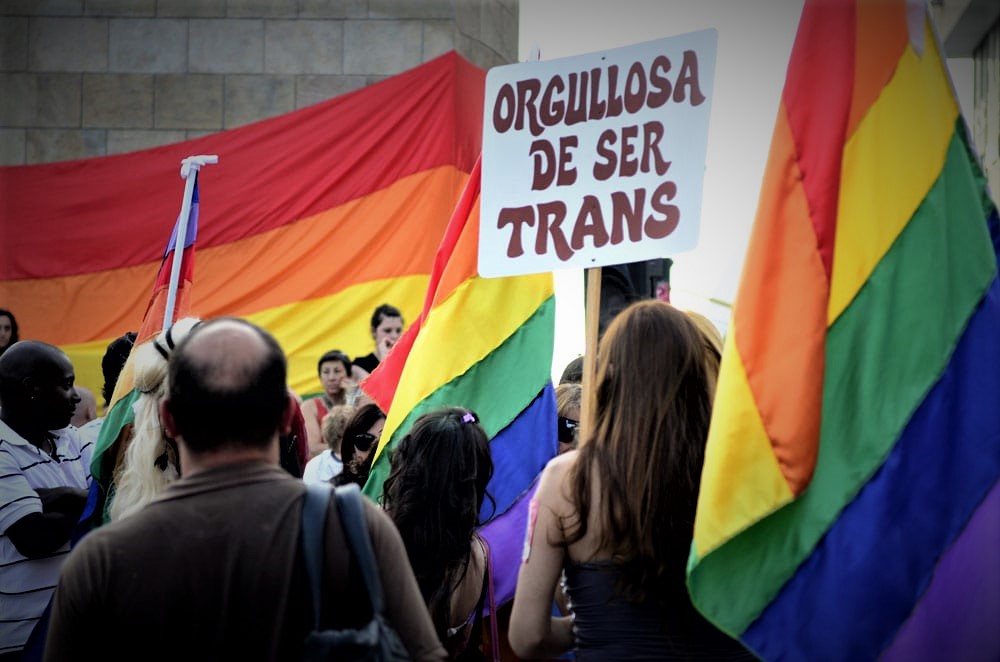 Mexico’s 2021 federal elections, officially named by the electoral authority as the 2020-2021 Federal Electoral Process, will be held on June 6, 2021 to elect the 500 members of the federal chamber of deputies which will have plural and inclusive representation of historically excluded sectors such as the LGBT + community (lesbian, gay, bisexual, transgender, transvestite, transsexual, intersex and queer).

In this case, we will mention some of the transgender candidacies considered by some as a conflictive issue in a still macho society and by others as an advance towards progress, inclusion and respect for sex diversity.

For these elections, the National Electoral Institute (INE) classified the event as historic for being the largest in the number of candidates and sectors that participate, as well as for the number of citizens who are going to participate.
The Mexican media emphasize that the day will be unique also due to the greater participation of people from the LGBT + community seeking a popularly elected political office in the country to defend and emancipate their rights.

In addition, by mandate of the Electoral Tribunal of the Judicial Power of the Federation (TEPJF) and the INE itself, the parties have to postulate three formulas, in any of the districts and one of proportional representation of LGBT + candidates. This was recalled by Ciro Murayama, electoral adviser of the INE, which makes this contest a juncture in the fight for sexual diversity and its presence in politics in Mexico.

Now in Mexico, the LGBT + candidates who seek to increase their participation in politics and place the requirements of the sector they represent on the governmental and legislative agenda are becoming more and more visible.

Representation of the trans community of Mexico

The representation of transgender candidates is seen in different regions of Mexico, including cities such as Veracruz and Zacatecas, where same-sex marriage and the right to gender identity have not been legalized.

Currently, in Mexico, there are only 14 states that legally recognize the right to gender identity. In this context, Fernanda Salomé Perera, candidate for governor of Zacatecas by Progressive Social Networks (RSP), is running as a 34-year-old transgender young woman, a resident of the municipality of Guadalupe, who defends the rights of the LGBT + community, mainly those of transgender people, which they consider are been violated as neither equal marriage nor gender identity are legalized in that region.

Fernanda, with studies in Business Development Engineering and Business Innovation at the Zacatecas State Technological University, has worked as a travel promoter, account executive and Afores agent. As an activist, she has guided transgender people about the procedures they must do to change their identity in their official documents. She affirms that her candidacy was a surprise, as she acknowledges that politics was not in her plans, since her perspective on political parties is not positive; however, she decided to participate so as to work for the rights of vulnerable groups, beyond LGBT +.

Another candidacy similar to Fernanda’s is in Veracruz, where 35-year-old Karla Coronado Grijalva lives. «I’ve always liked politics», says Karla, who obtained her birth certificate as a Veracruz woman in January 2020 and her credential as a PAN candidate months later.

Despite the restrictions that still persist in Veracruz so that trans people can their obtain official documentation, Karla will seek a federal council for the principle of proportional representation. She has been an activist through the Ideas en Acción civil association, which she founded herself, focused on supporting people from the LGBT + community. She studies Pedagogy and seeks to promote a reform to the Civil Code that recognizes gender identity as a cause for its modification in registration data.

Another trans candidacy is that of María Clemente García Moreno. A transsexual woman, who has more than 10 years as an activist and defender of Human Rights of the LGBT + population. María Clemente currently militates with the Morena party and aspires to the federal deputation for the 8th district of Mexico City.

Melany Macías Cortés, 23, is another transgender woman, looking to win in the next election. Melany has a law degree and is a candidate for federal deputy in district 4 of Zacatecas for Progressive Social Networks.

Another transgender woman participating in the electoral contest is Yazuri Campos, a candidate for federal deputation for the 8th district in Zongolica, Veracruz, for the Fuerza X México party. Within her political career, she has been secretary of sexual diversity for the same political party.

Mishell Dorato is another transgender candidate and is running for mayor of Madero in Tamaulipas by the Green Ecologist Party. Dorato’s candidacy is also historic, as she becomes the first transgender woman to assume such responsibility and she sets a precedent for the LGBT + community.

Mercurios Espinoza del Ángel, a member of the Mexico Equal Movement, which seeks to make human rights effective without any distinction, especially for the LGBT + population, considers that for these elections, regardless of the results, the simple fact that a transsexual person participates as a candidate or candidate for a popularly elected office, contributes to the fight for community rights.

“Any participation of the community in activities that directly affect society is a positive thing, regardless of whether these candidates win or not, but visibility always brings progress in the fight for the rights of both the community and society in general; There is no doubt that regardless of the result it is something very positive that these spaces are given (by the electoral process)”, he was quoted as saying by the local Gaceta.

In addition, he maintains that he does not agree with those who mention that society is not prepared to accept this type of candidacy represented by people of sexual diversity, because in this case it is simply talking about a citizen of Mexican nationality who has the right to vote and be voted.

«Society is not required to be prepared, that expression is not correct, its very simple, any person or Mexican has the right to exercise this possibility, vote or be voted».

However, he considers that in Mexico there has been progress in terms of inclusion and non-discrimination, but clarified that. in the end. it could not be otherwise because finally the Mexican Constitution indicates that no Mexican can be discriminated against, either because of their color, sex, religion or by any other reason.