Mexico: What is sought with the change in the Mining Law? 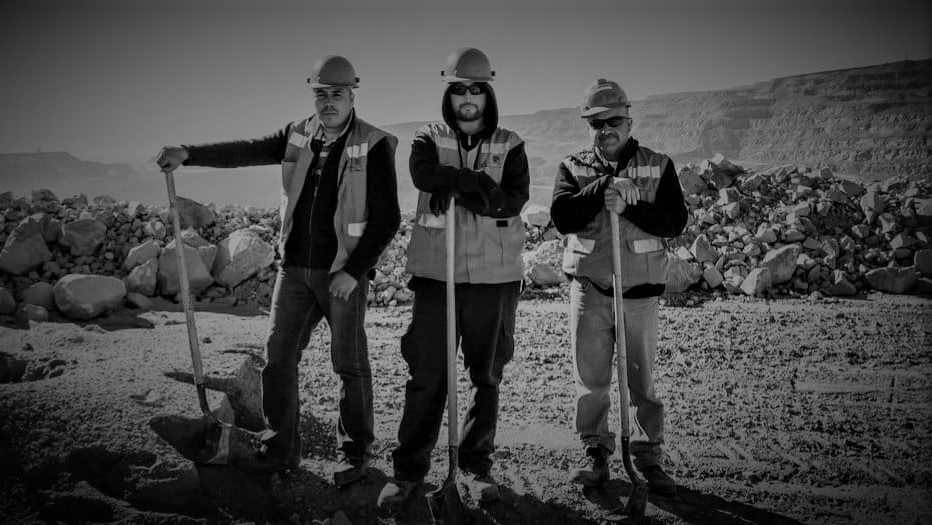 Mining activity in Mexico is one of the most important for the development and stability of its economy. During the last years it has had an impact on the Gross Domestic Product (GDP) of the country close to 3%; and its activity generates more than 2.6 million direct and indirect jobs. For some years now, there has been an effort to change a fundamental aspect of the Mining Law: Article 9.

Since 2019, the reform of the aforementioned article has been reverberating in Mexico, a proposal that has been raised, promoted and defended by the senator of the Morena party, Napoleón Gómez Urrutia, who is also secretary general of the National Union of Mining, Metallurgical, Steel and Similar Workers of the Mexican republic.

Gómez Urrutia’s proposal tries to go beyond the visibility of sectors that can currently participate in the fundamental decisions of the mining sector, because although they can be heard, their leadership is silenced by the current legislation. Regulations that curtail the binding nature of their proposals and opinions.

The union leader promotes the following: that the voices of the Mexican private mining sector; of the unions in the mining sector; and the social mining organizations, in addition to being listened to, are to be taken into account with their vote within the plenary that integrates the Governing Body and General Directorate of the administration of the Mexican Geological Service (SGM).

Participation without vote and as guests established in article 9 of the Mining Law, is what the Senator from Morena and union leader seeks to modify in the current legislation, as it would give – at least in the written letter – a greater democratization of the mining sector and the decisions would be more adjusted to the realities that revolve around that economic and social activity.

Democratize the law to understand the reality of mining in Mexico

In the proposal presented by Gómez Urrutia, it is explained that the three sectors currently questioned by the law, although they have a voice, do not have «a true interference in matters of interest related to the country’s mining sector and its workers».

“This means that the ‘guests’ (representatives of the civil, union and business society of the sector), will be able to issue opinions regarding the matters on which the Governing Body will deliberate, but they will not necessarily be taken into account at the time of issuing their resolutions», he explained.

“However – says Morena’s senator in the letter delivered to the Mexican Congress- for a better performance in the decision-making process, it is necessary to provide decision-making power to the actors who are involved every day and directly in the mining operation, in order to promote democratic processes of participatory planning in the Governing Body of the Mexican Geological Service”.

He maintains that the facts show that «there are many deliberations and functions in which union, business and social mining representatives could give a valuable contribution to make decisions in a comprehensive manner». For this reason, he alleges, «their knowledge and experience in the sector must be incorporated with voice and vote in the decisions of the Governing Body of the Mexican Geological Survey».

“That is why the mining activity is considered one of the main pillars of the national economy. Mexican mining acquired such relevance because, throughout history, strategies have been created to professionalize and encourage geological research. For example, in 1944 the Steering Committee for the Research of Mineral Resources was created, and later it was integrated into the National Institute for the Research of Mineral Resources (INIRM), which in 2005 became the Mexican Geological Service (SGM) «, he added.

Gómez Urrutio adds in his proposal that «there is evidence regarding public-private partnerships in government bodies, where positive effects are observed when this design is used in Executive Power institutions that rule and generate means for technical decision-making».

The recommendations, says the senator, are that these associations should present a deliberative design, be governed by the principle of proportionality with respect to members of the public service and integrate transparency mechanisms in decision-making.

“Under these criteria, this initiative meets the conditions described. This institutional design has been implemented in different countries with positive results and democratic decisions. For example, in Spain, the Statute of the Geological and Mining Institute of Spain indicates that the Governing Council of the Institute will be in charge of guiding and supervising the fulfillment of its functions, plans and assignments. In addition, it indicates that two experts in matters related to the powers of the body, institutions or private companies, appointed by the head of the Ministry of Science and Innovation, will be Members of this Council”, emphasizes the parliamentarian.

Another precedent is Colombia, which according to Gómez, is established in the Single Regulatory Decree of the Administrative Sector of Mines and Energy (Decree Number 1073), which determines the creation of the National Council, whose main function is to regulate the exercise of the electrical, mechanical engineering and related professions and establish general rules and procedures of the profession. Similarly, it establishes the technical participation of private companies in the National Council.

In Uruguay – the senator explains – there is a third precedent: “The Uruguayan Mining Code, in its article 123, creates the Mining Advisory Council with members of different Government Ministries, as well as other actors involved in the development of the mining activity. In this way, participation is opened to companies, unions and citizen organizations with an interest in the industry”.

In this sense, Gómez highlights, “it is necessary to emphasize that the mining sector needs a vision and decision-making that involves the perspectives of both the workforce and the business, so that, as a whole, resolutions are adopted with impact and mutual benefit without neglecting the public interest. With this, more and better research can be developed that contribute to productive growth and progressive development that benefits the parties involved, paying for comprehensive policies that allow better management of the mineral resources that our country offers ”.

“The integration of a person representing the Mexican private mining sector, one of the unions of the mining sector and another of the social mining organizations, all with voice and vote, to the Governing Body of the administration of the Mexican Geological Service, will contribute to achieving better results in decision-making ”, highlights the representative of Morena before the Congress of Mexico.