Ómicron, the variant of covid-19 that triggers fear in the middle of New Year’s Eve parties in Latin America

Faced with contagion at the community level with Omicron, several countries in the region have taken measures around the festivities to stop its advance.
Share 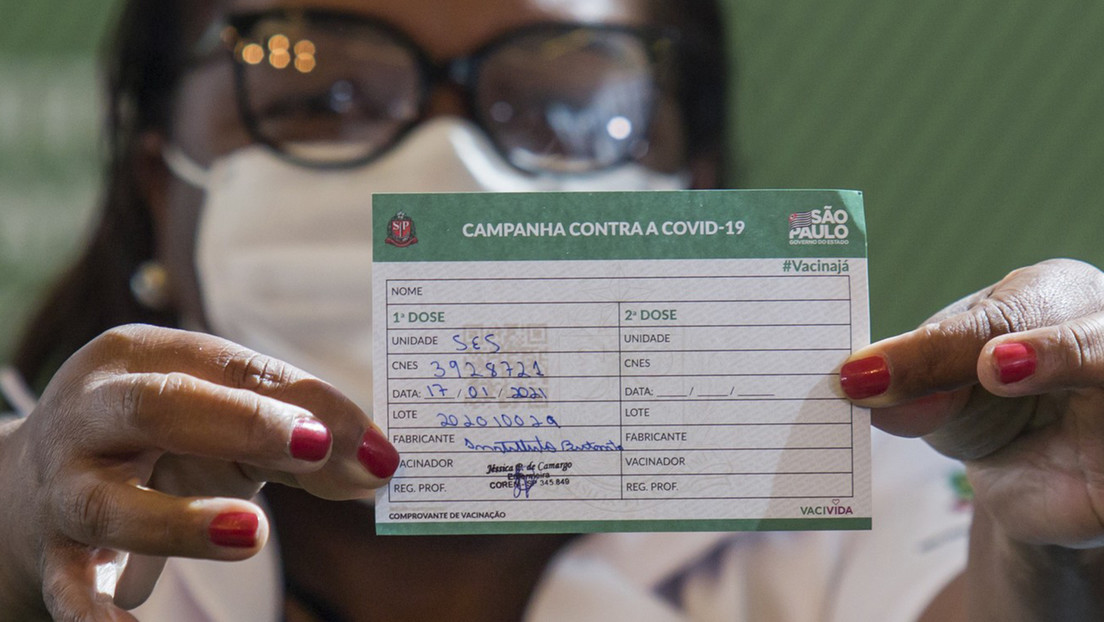 In Latin America and the Caribbean, as in much of the world, fear prevails over the advance of the new variant of the coronavirus, called the omicron, and more amid the customary Christmas, New Year’s Eve and New Year’s celebrations.

For this reason, before the contagion at the community level with this new variant, several countries in the region have taken measures around these festivals, with the aim of stopping the advance of this and other strains; Although most have chosen to reinforce vaccination against the coronavirus, even advancing the application of the third dose.

In Brazil, some measures have been taken at the state and municipal level to reduce infections. Both the mayor of Rio de Janeiro, Eduardo Paes, and the mayor of Sao Paulo, Ricardo Nunes, have announced the cancellation of the official New Year’s celebrations.

In Florianopolis and Recife it was announced that there will be fireworks, but all the planned performances were canceled.

No concert in Mexico City because of Omicron

In Mexico, the Government of the capital reported that there is a slight increase in confirmed cases of covid-19, so it decided to postpone the New Year’s Eve concert that would have taken place on December 31, from 6:00 p.m., in the Glorieta de la Palma, in Paseo de la Reforma, where the popular musical group Los Ángeles Azules was scheduled to perform.

In addition, it was decided to bring forward the closing of the Christmas Festival, which takes place in the Zócalo from December 16, to Thursday — one day ahead of schedule.

«It is a matter of precaution as we see that there is an increase in cases. It is a measure to avoid a greater number of infections, not an alarm», said the head of Government of Mexico City, Claudia Sheinbaum.

Limited capacity of entry or seating  and certificate of vaccination must be presented in Ecuador
In Ecuador, until Monday, December 27, 24 positive cases of the Omicron variant were confirmed, 18 in the province of Guayas, whose capital is Guayaquil, and the remaining six in Pichincha, where Quito is located. According to the Ministry of Public Health (MSP), there are 27 pending cases of Omicron to be confirmed.

However, overall coronavirus cases also increased. In the week from December 19 to 26, the MSP registered 5,309 positive diagnoses, while in the previous week there were 3,575.

The MSP and the national Emergency Operations Committee (COE) have already announced measures prior to Christmas, which were extended until the New Year. Among others, it was established from December 23, and for a month, the presentation of the card or certificate of vaccination against the coronavirus to enter places and public institutions to do non-essential activities, like going to restaurants, shopping centers, food courts, cinemas, discos and tolerance centers.

The determination of the capacity was left to the municipalities and cantonal COEs. For example, in Guayaquil, which from Monday raised the alarm level in the pandemic management system to 2, set the maximum capacity in public service establishments at 50% and the hours of operation until 00:00; while in Quito, the capacity varies between 30% for bars and discos to 80% in auditoriums and convention centers.

In addition to all this, the MSP declared vaccination against covid-19 mandatory, with the exception for people who have a medical condition or contraindication for this health measure; and the application of the booster dose was advanced for those over 60 years of age, who will be able to receive it five months after complying with the full two-dose schedule, maintaining the six months for the rest of the population.

In Peru, until December 26, the Ministry of Health reported 71 cases of the Omicron variant. Since the first cases were confirmed, the application of the third dose of the vaccine against covid-19 was advanced, going from five to three months the waiting range of time since the first two were applied.

In this country, the authorities decided to extend for another month, starting on January 1, 2022, the state of national emergency to face the pandemic. Therefore, some measures are maintained, such as the curfew, which in provinces with a high alert level goes from 11:00 at night to 04:00 in the morning and those with a moderate alert level, from 02:00 to 04:00.

«Mandatory social immobilization of all people in their homes» was established from 11:00 at night to 04:00 in the morning between December 31 and January 1. In addition, for the New Year, «all kinds of meetings and social events are forbidden», says a Supreme Decree.

The sale and consumption of alcohol and food was prohibited on beaches, rivers and public swimming pools on December 31 and January 1 and 2.

In addition, since last December 10, the presentation of the vaccination card is mandatory to enter closed spaces, such as shopping centers, restaurants, theaters, cinemas or work centers in face-to-face activity with more than 10 people. It is also requested to enter the country.

Certificate of vaccination in Colombia

In Colombia, on December 20, the Ministry of Health and Social Protection reported on the first three cases of Omicron in the country; noting that all correspond to travelers, two from the US and one from Spain.

In this country, the measures revolve around inoculation. On December 28, the requirement of the vaccination card came into force for the entire population over 12 years of age to access events or leisure sites.

The presentation of the document is mandatory in massive events such as concerts, fairs and places such as restaurants, bars, gastrobars, cinemas, discos, dance venues, concerts, casinos, bingo halls, stadiums, amusement and theme parks or museums.

Previously, since December 14, the presentation of the vaccination card to enter the country for international travelers, by air, was already in force.

Increase in cases in Argentina because of Omicron

Argentina registered a total of 33,902 new cases of coronavirus on Tuesday, December 28, the highest number in the last seven months; the previous day there were 20,263, compared to the 7,623 confirmed on Sunday.

Given the increase that was published on Monday, the president of the South American country, Alberto Fernández, expressed his concern, but ruled out new restrictive measures for the time being; instead, it is committed to deepening the vaccination campaign.

“We are all concerned [about the increase in cases], because we would like not to have it; But, as we get vaccinated, everything will be easier so as to carry on”, he said.

On Sunday, the Ministry of Health reported that it was agreed to reduce from six to four months – after having completed its initial vaccination schedule – the time for the application of the booster dose against the coronavirus to health personnel and those over 60 years of age.

Through a decree, on December 23, Fernández extended the health emergency in the country until December 31, 2022.

Panama accelerates inoculation because of Omicron

In Panama, until Tuesday, December 28, 26 cases of the Omicron variant of the coronavirus were registered and another 46 suspects are under analysis, reported the Ministry of Health.

Last week, when the first cases of this strain were known in the country, the Ministry of Health announced the reduction from six to three months of the deadline for administering the dose of booster vaccines against coronavirus to those over 16 years of age. The measure came into effect on December 28.

The Panamanian authorities have ruled out applying restrictive measures to citizens; Although they have canceled public parties, including those that were planned in Las Tablas, capital of Los Santos, which were the famous New Year’s Eve party and the traditional parade of the Thousand ‘Polleras’, scheduled for January 15, 2022.

In Chile, one of the countries with the highest vaccination rate in the world, health authorities asked the population to reinforce self-care measures for the Christmas and New Year holidays.

These authorities launched the campaign ‘Do not invite the covid’, which «seeks to intensify health measures to prevent the increase in infections during the year-end celebrations and the summer season, through three axes: inspection, preventive testing and communication of risk”, says a press release from the Ministry of Health.

Regarding vaccination, on Monday, the Minister of Health, Enrique Paris, reported that there are 1,627,165 people at risk of suffering restrictions since January 1, 2022, if the booster dose is not applied. According to the official, these citizens will have their Mobility Pass disabled, a government accreditation that allows the person who has it enter events with greater capacity and to be served inside bars and restaurants.

On the other hand, the minister Enrique Paris announced last week that they plan to start applying the fourth dose from the second half of February 2022, being the first country in the region to confirm it and the second in the world, after Israel.