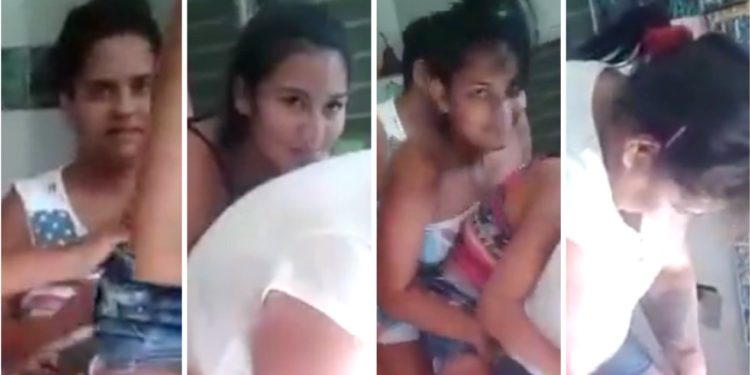 Four women and another unidentified person are wanted by the Venezuelan security forces for recording themselves, on video, sexually abusing and torturing a child.

The Venezuelan attorney general, Tarek William Saab, reported on his social networks that in order to capture those responsible for this act, which he described as «abominable», they will request a red alert from the International Police (Interpol, for its acronym in English), informed RT.

The authorities have managed to identify three of the four women who appear in the video, widely disseminated on social networks. Apparently, they are direct relatives of the child: Aldimar Alina Lucena Páez (aunt), Katherin Solcari Lucena Páez (aunt) and Yelitza Elena Páez (grandmother).

Saab explained that, according to preliminary investigations, the events occurred inside a house in the Las Sábilas urbanization, one of the most dangerous sectors of the northern outskirts of the city of Barquisimeto, Lara state, in the center-west of the country. The authorities moved to the site of the event, but the house is uninhabited.

The Venezuelan prosecutor indicated that the four executors and the person who recorded the video are wanted by the authorities, and  they will be charged with the crimes of qualified homicide in degree of frustration, serious personal injury, sexual abuse of a child and association to commit a crime. «They will be punished with 30 years in prison», the maximum sentence that a person can receive in Venezuela.

Saab guaranteed that the Prosecutor’s Office will also punish, in a «relentless» manner, the minor’s parents, for «having abandoned him at the mercy» of «hired criminals», who would have tried to kill the child by suffocation, «while they tortured and raped him».

According to unofficial information disclosed to local journalists, the authorities have already identified the fourth woman who appears in the recording, a material (video) that seems to be old and possibly sold on the so-called dark web. In addition, it is presumed that the people involved would have left the country.

He also revealed that the security agencies are working to identify the person who recorded the video and that, at the moment, the whereabouts of the child and his parents are unknown.