Peru and the extended conflict in Las Bambas: one of the most important copper mines in the world

Since last April 14, members of the Fuerabamba community, in the Chalhuahuacho district (Peru), have held a protest at the mine.
Share 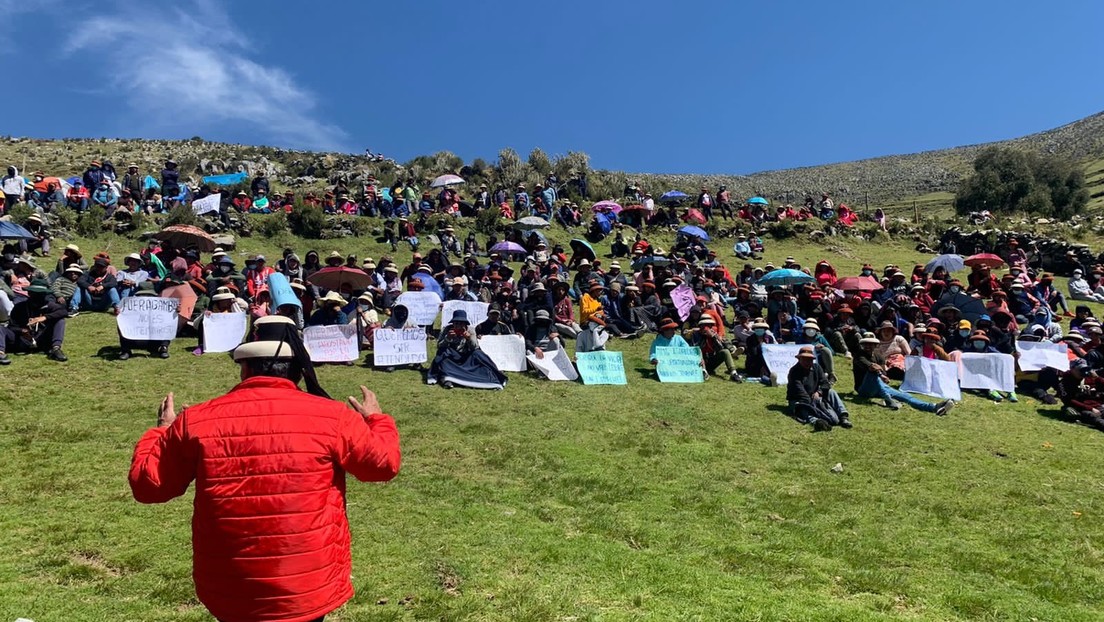 Las Bambas, operated by the Chinese company MMG, is one of the most important copper mines in Peru and the world, along with Cerro Verde, Antamina and Southern.

This mine, which represents about 2% of world copper production, is located between the districts of Chalhuahuacho, Tambobamba and Coyllurqui, province of Cotabambas, and the district of Progreso, province of Grau, in the Peruvian department of Apurímac, to the South of the country.

On April 14, members of the Fuerabamba community, in the Chalhuahuacho district, entered the mine to protest alleged breaches of social commitments by the company. The protesters erected tents 200 meters from the site and have remained there ever since.

In the time that has elapsed, inhabitants of other communities, such as those of Huancuire, Pumamarca, Choaquere, Chila and Chuicuni, have joined the initial discontent by the community of Fuerabamba.

During the time that the camp has been in place there have been clashes and eviction attempts, which have left some people injured.

What do the indigenous communities in Peru claim?

To build the Las Bambas mining project, in 2014 the Fuerabamba community was relocated to a 4,200-hectare piece of land in the Chalhuahuacho district, which was purchased from the Chila and Choaquere communities. Thus, the Nueva Fuerabamba resettlement was created, where houses and other services were built for the population.

One of the claims has to do with this relocation. «These lands have problems», says Edison Vargas, president of the Fuerabamba community, quoted by the Tiempo Minero portal.

Vargas also denounced that the communities of Chila and Choaquere «practically» evicted them from there and, therefore, they made the decision to return to what they consider to be their land, in the old Fuerabamba.

He also points out breaches by the mining company, indicating that after the sale of the land, the company signed 171 commitments with the community, which included the construction of infrastructure and assistance for the economic development of the population, of which there are still more than 120 pending to attend.

Once the protest was installed (with the camping site), the community warned it would start to build their homes in the area. “If the mining company does not fulfill its commitments, they will have to take us dead out of here. We are not going to leave our lands, we have already taken possession”, said Vargas.

For its part, the community of Huancuire, which joined the protest, requests that the profits from the mining exploitation be shared with the communities in 50%.

Meanwhile, the company has said that many of the demands of the communities «are new demands not included in previous agreements».

Emergency in Peru and attempted eviction

On April 27, the Peruvian government declared a state of emergency in the districts of Chalhuahuacho and Coyllurqi, which became effective on April 28.

Just after the declaration of the measure was known, there was an attempt, by the security forces, to evict the community members, which ended in confrontations and repression by the National Police of Peru (PNP).

According to the Ombudsman’s Office, in the events of April 27 and 28, 44 people were injured: 17 from the communities, 14 workers from the company’s security personnel, and 12 members of the PNP.

At the end of May, the state of emergency was extended for another 60 days. «The National Police of Peru maintains control of internal order, with the support of the Armed Forces», states a Supreme Decree 059-2022-PCM, published last week.

While the measure is in force, the constitutional rights related to the inviolability of the home, freedom of transit in the territory, freedom of assembly and personal freedom and security are suspended.

There are no agreements

During the days that the protest has spread, there have been at least four attempts at dialogue, involving the community, representatives of the company and the national authorities, but they have failed.

The protesters have made it a condition to advance in the talks that the state of emergency be lifted; but from the Executive they have indicated that the measure will be left without effect when the conditions are met. «The state of emergency will be lifted simultaneously when the attitudes of using force to restore social peace cease. This is done quickly and without obstacles, continuing the negotiations», said the head of the Ministerial Cabinet, Aníbal Torres, during a visit to Pumamarca, a town near Las Bambas, on May 19.

In that visit, Torres also promised to verify if the MMG Las Bambas company complied with what it promised to the population. «The company must comply, here nobody has a crown. What rules is the truth and the Law, and that has to be done quickly. We guarantee their compliance with our word», declared Torres.

Last week, there was a meeting in Lima in which representatives of the Government, the mine and the six protesting communities participated, but they did not reach agreements either.

«The lack of will to reach an agreement of these communities puts at risk 9,000 jobs and more than 1,400 small and medium-sized companies in Cusco and Apurímac that provide goods and services for Minera Las Bambas«, the company said in a statement, in which, in addition, it reported that until then, the stoppage of the mine had generated losses of about 400 million dollars in exports and more than 220 million soles (about 60 million dollars) in income for Peru and the Apurimac region.

The workers of Las Bambas, along with their families, have already held a day of protest to demand a solution to the conflict. Another demonstration is scheduled for next Thursday, June 2, in the cities of Lima, Cusco and Arequipa.

One more claim has been added to the authorities, that of the entrepreneurs, businessmen, associations, organizations and merchants of the Chalhuahuacho district, who demand that the Government solve the conflict, since their businesses have been affected by the paralysis of the activities in the mine.