Peru: Are they building a justification for a coup against Pedro Castillo?

The president of Peru already faces six court cases in which he is accused of various crimes. The last three were opened by Benavides
Share 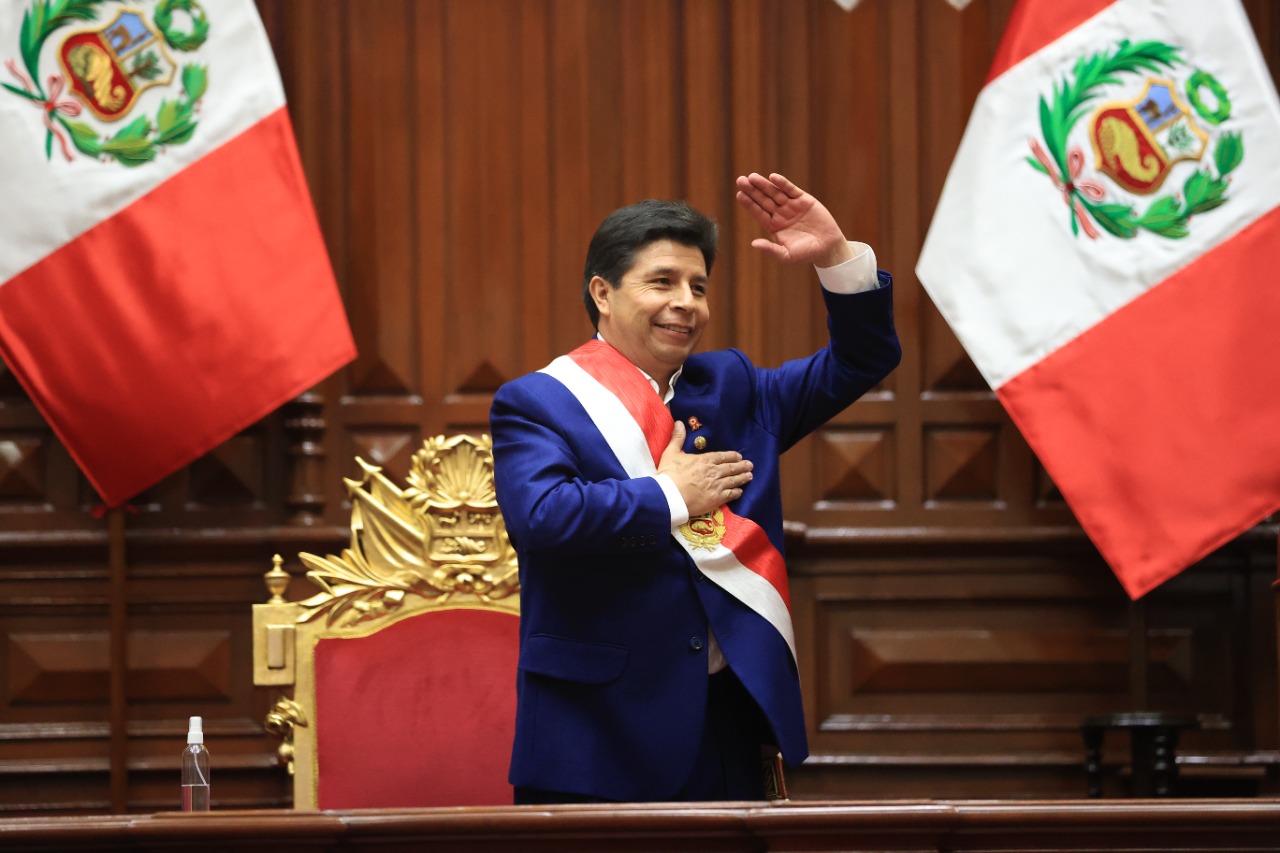 The Prosecutor of Peru, Patricia Benavides, decided to initiate a new «preliminary investigation» against the President of the Republic, Pedro Castillo, for the alleged commission of a «crime against public tranquility in the form of a criminal organization».

The Peruvian Public Ministry explained that «the object of the investigation» is related to the works awarded in the provinces of Chota, in Cajamarca and in Cajatambo, in the department of Lima, a case for which it is also being investigated, due to «his status as Housing Minister”, Geiner Alvadaro.

Local media indicate that according to prosecutor Hans Aguirre Huatuco, the alleged criminal organization that ‘would be’ operate in the departments of Cajamarca and Lima ‘would have’ a structure headed by President Castillo, along with Minister Alvarado and a mayor identified as José Nenil Medina Guerrero, who already ‘would have’ been arrested in Lima.

The measure against Castillo comes hours after prosecutor Benavides assured that her office was not involved in «an alleged political plan» against the Executive.

Previously, the head of State had pointed out to the Prosecutor’s Office that it was part of «a conspiracy» between «a part of Congress and a sector of the press», «to destabilize the democratic order» of the country.

Castillo commented that just the same day that Congress presented a report to disqualify him, the Public Ministry put on «a show for the media» when it  raided his residence. «The collusion is evident», he denounced, after calling «all Peruvians to unite in defense of the rule of law, the democratic order and the popular will».

Prosecutor Benavides replied, hours later, that her office was working on «pursuing crime, no matter who falls or whoever is involved». In addition, she affirmed that the decisions taken by the Prosecutor’s office «are not political» and that «they strictly adhere themselves to the law and the Constitution» based on «evidence», for which she «firmly rejected the affirmations and insinuations that the Public Ministry is part of a supposed political plan».“We are not for or against anyone”

«We are not for or against anyone, we are only moved by the quest of finding out the truth and in compliance with the law», said Benavides, for which she urged those under investigation to «respect the autonomy of the Public Ministry».

On the other hand, the Peruvian prosecutor denounced that based on the investigations carried out by her office, she would have knowledge that «attacks» are being «orchestrated» against her and her family.

The recent investigation that Benavides opened against Castillo is the third that the prosecutor has initiated against the Peruvian president in just over a month, after taking office at the beginning of July. One of them was the reactivation of a case that his predecessor, Zoraida Ávalos, had filed for investigation until the head of State finishes his term in 2026.

That file is the one that investigates the alleged secret meetings that Castillo held with businessmen Karelim López and Samir Abudayeh, who owns the company Heaven Petroleum Operators, a company that won a tender in the State-owned Petroperú to sell biodiesel for an amount of 74 million of dollars.

Days before, Benavides opened another case against Castillo to investigate him for allegedly covering up former officials and a family member who are fugitives, based on a complaint made by the former Minister of the Interior, Mariano González.

Prior to these inquiries, the previous management in the Prosecutor’s Office had opened three other files against the Peruvian president: one for the alleged plagiarism of his thesis for his master’s degree; another for alleged irregular promotions in the Armed Forces; and a third file for a case of corruption that would have operated in the Ministry of Transport and Communications during the first months of his mandate.A raid against the Governmental Palace of Peru

Castillo denounced that the police raid that was carried out in the Governmental Palace of Peru is part of the plan that is underway to end his government and destabilize democracy.

“I was democratically elected president, through a clean electoral process, a position that I exercise with honor, responsibility and honesty. However, they persist in ignoring the triumph of the people», he assured in a message that he issued on Tuesday night, after the unprecedented operation was carried out.

The presidential speech was the closing of a hectic day in which the mayor of Anguía, Nenil Medina Guerrero, and the brothers and businessmen Hugo and Anggi Espino Lucana were arrested. In addition, the Special Team of Prosecutors against the Corruption of Power ordered the capture of Yenifer Paredes, sister of the first lady Lilia Paredes.

The four are accused of having been part of a conspiracy to direct million-dollar public tenders in favor of the Espino Lucana companies, and with the approval of Castillo himself, for which the investigations are also advancing on him and reinforce the claims for his dismissal, which have been permanent since he took office on July 28 last year.

In the midst of the commotion caused by the operation in Peru, which was unsuccessful because they did not find Paredes, Castillo warned that all citizens are witnesses to the continuous implementation of a plan, in which the media plays a key role among other factors, whose objective is to take over the country in an unconstitutional manner.

«Today the Governmental Palace has been violated with an illegal raid, endorsed by a judge, coincidentally, when my disqualification for a period of five years is requested, so as to take away the legitimate government of the people», said Castillo.

He also assured that his government has sought dialogue for more than a year, but has only received as responses the actions aimed at the presidential vacancy, the constitutional accusation, the disqualification, the suspension or the resignation.