Peru: Is it possible to expropriate the country’s largest gas reserve from private multinationals?

The controversy has been unleashed in Peru after the head of the Ministerial Cabinet, Guido Bellido, spoke this weekend about the need to renegotiate with foreign private companies the distribution of the profits generated by the Camisea gas field, the most important energy project of the Andean country
Share 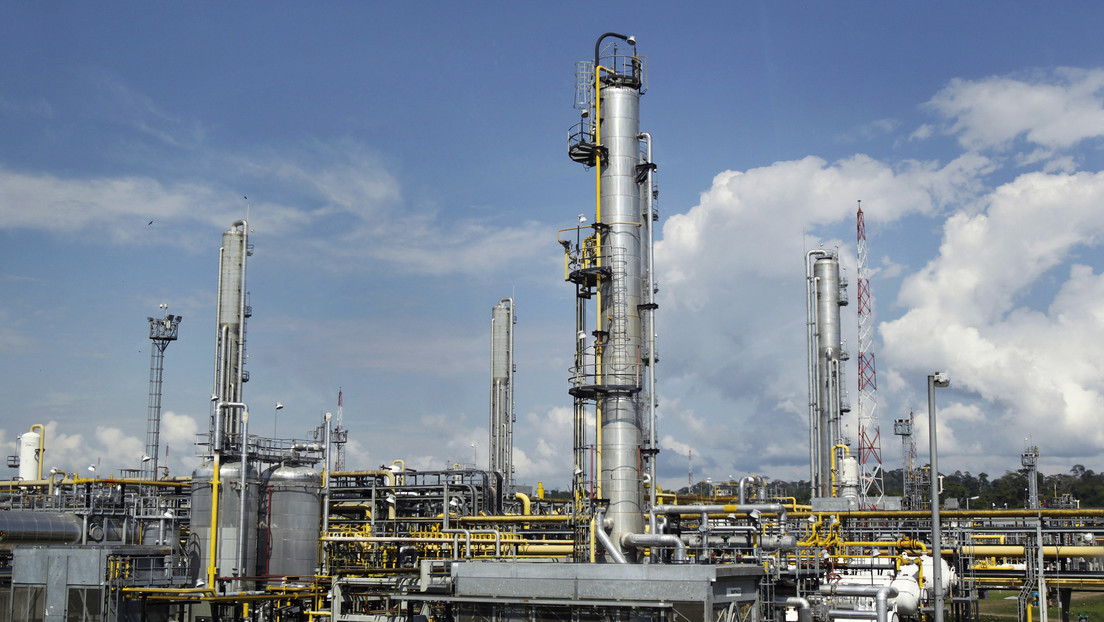 The controversy has been unleashed in Peru after the head of the Ministerial Cabinet, Guido Bellido, spoke this weekend about the need to renegotiate with foreign private companies the distribution of the profits generated by the Camisea gas field, the most important energy project of the Andean country. Otherwise, he assured that the Executive would opt for its «recovery or nationalization».

«We summoned the Camisea gas exploiter and marketer to renegotiate the distribution of profits in favor of the State, otherwise, we will opt for the recovery or nationalization of our field», said Bellido through Twitter, a message that led to the immediate negative response from the Peruvian opposition.

The former Minister of Economy and Finance of former Peruvian President Martín Vizcarra (2018-2020), María Antonieta Alva, attacked Bellido on Twitter and told him to put aside «ideology» and respect the laws, as she considers that these statements «affect the perception of investors about Peru» , «scares away private investment «and provokes» litigation in international courts».

Camisea is the most important natural gas reserve in Peru and one of the largest in Latin America, with more than 11 trillion cubic feet and a capacity of 600 million barrels in associated liquids, according to data from the Ministry of Agrarian and Mining Development .

The deposit, located in the Cusco region of the Peruvian Amazon, is controlled by a multinational consortium made up of private companies from Argentina, the United States, South Korea, Spain and Algeria, explains the Supervisory Agency for Investment in Energy and Mining (Osinergmin). The company that appears as the majority partner is Pluspetrol (Argentina) with 27%; then the American Hunt Oil with 25.1%; South Korean SK Innovatión (17.6%); Spain’s Repsol (10%), Argentina’s Tecpetrol (10%); and the Algerian Sonatrach (10%).

All these foreign operators have controlled the Camisea field since August 2004, when the gas company began operations, 20 years after it was discovered by the British oil company Royal Dutch Shell in 1984. In addition, other local and foreign private companies participate in the transportation and distribution work.

For the exploitation of these resources, the multinational conglomerate keeps 75% of the royalties while the Peruvian State receives 25%, according to data from the Ministry of Economy and Finance.

The Camisea gas fields are located about 500 kilometers east of Lima, in the Ucayali Basin, within the department of Cusco. In that place, the San Martín and Cashiriari reserves are exploited. Since its origins, the project proposed to supply gas to industry and electricity generation plants, to then massify towards residential, commercial and transport consumption.

What have the president of Peru and members of the Cabinet said about this proposal?

After Bellido launched the controversial message on the social networks, the president of Peru, Pedro Castillo, stressed that his government was committed to «bringing cheap gas to all Peruvians» and pointed out that «any renegotiation will be done with unrestricted respect for the rule of law. and looking after national interests».

In the same message, the president commented that the Camisea renegotiation process – which is a promise of his electoral campaign – will be carried out working together with the private sector and «for a better Peru».

Faced with the accusations of the Peruvian right, who describe Castillo as a «communist», the president himself together with his Minister of Economy, Pedro Francke, have been in charge of making it clear that they do not intend to scare away investments for Peru, rather they are calling on «big investors» and «businessmen» to join in the development of the country.

Meanwhile, the Minister of Justice and Human Rights of Peru, Aníbal Torres, told the local newspaper El Comercio that Bellido’s statements on the renegotiation had been addressed «informally», since the issue «was not a matter on the agenda» in the discussions of the Council of Ministers.

«The Cabinet has not agreed to nationalize. What we do agree is that this contract be renegotiated, like any private or public contract», said Torres, who explained that this process, which involves the export of natural gas to Mexico, China, Japan, South Korea and several countries of Europe, must be given to the benefit of «both parties», under the agreement of the interested parties.

For his part, the Minister of Energy and Mines, Iván Merino, said this Monday – according to the RPP review – before the Congressional Budget Committee, that the renegotiation should be seen as «a new pact» and that the conditions are in place to achieve it. He also said that the collection of taxes «has to be modified», since the mining and hydrocarbons sector barely pays 21% while other sectors contribute around 40%.

According to local media, the different factions of the Peruvian opposition have asked to question Bellido in Congress to explain his statements, while another sector hopes that President Castillo dismisses him.

The third vice president of the Peruvian Congress, the opposition leader Patricia Chirinos, requested a motion against Bellido because her party considers the continuity of the Chief of the Cabinet «unsustainable». For his part, the spokesman for Renovación Popular (Popular Renovation), Jorge Montoya, announced that his bench will promote a motion of no confidence.

The Fuerza Popular (Popular Force) party, also an opposition party, asserted that Bellido’s words represented an «attack on the legal security of Peru»; While the Alianza para el Progreso (Alliance for Progress) urged the Castillo government to define itself and «make decisions» about his Cabinet to give «stability» to the country.

The alternate spokesperson for Somos Peru-Partido Morado, Flor Pablo, asked Castillo to appoint a prime minister who would allow the country to «get out of this polarization».

What does the Constitution of Peru say?

The Constitution of Peru establishes that property is a fundamental and inviolable right. However, as it is a gas field, the concept of private property is not irrefutable, since it is an energy reserve that can be classified as a fundamental space for «national security» or for «public need».

In fact, the maximum law of Peru establishes that it can only be expropriated when the matter is of national security or of public necessity, and it will be done through a declaration of an express Law of Congress, as long as the property to be expropriated is previously paid for.

According to the consulting firm Macrocosult, the exploitation of natural gas from Camisea generated annual profits in Peru of 1,400 million dollars, between 2004 and 2019, 1.1% of the country’s annual Gross Domestic Product (GDP).
In addition, the report says that the contribution for each year to the Peruvian treasury related to gas exploitation was 572 million dollars, between income tax payments and the mining canon.