Peru: The announcement that provoked the ire of an English mining company that refuses to leave the gold of Ayacucho

The head of the Cabinet, Mirtha Vásquez, confirmed that the closure of several companies in the sector that have been responsible for the contamination of the headwaters of the rivers in that area, would be carried out.
Share 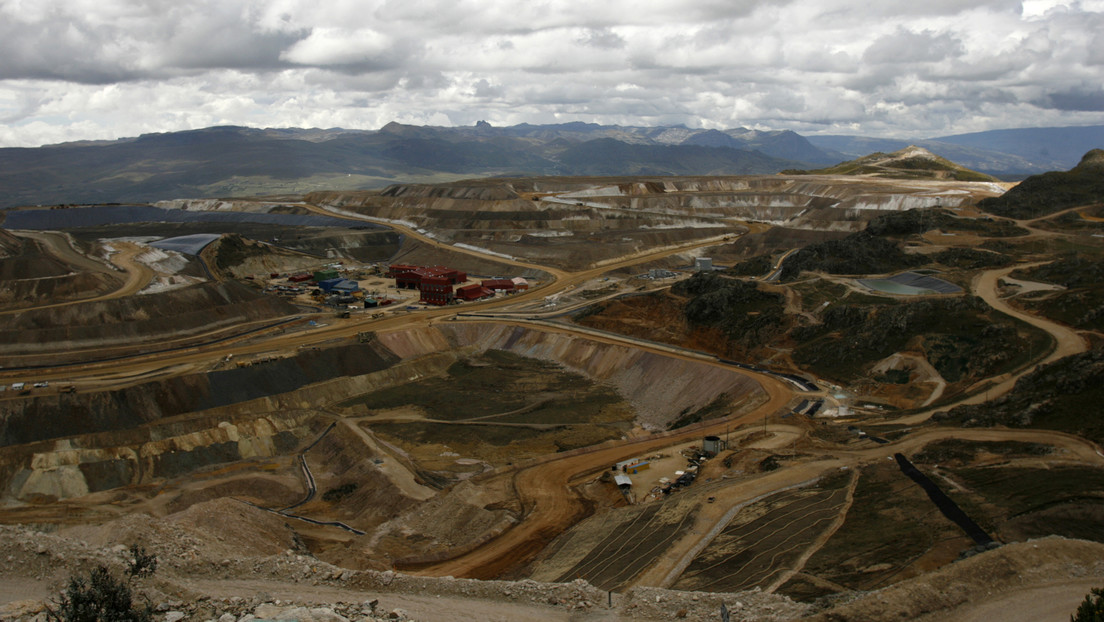 The announcement by Peru’s chief of staff, Mirtha Vásquez, about the «closure» of four mines in the South American country has unleashed a controversy of capital proportions due to the interests that revolve around the sector.

On Friday, during an activity in Coracora, Ayacucho, Vásquez announced the closure of several mining companies that have been responsible for the contamination of the headwaters of the rivers in that area, would soon be made effective. «The most precious thing is water», she pointed out.

Although the news was celebrated by the communities, it was not well received by the mining companies and much less by the businessmen, who lashed out at the premier over the weekend for considering that she had taken on attributions that did not correspond to her, explains journalist Nazareth Balbás in a report for RT.

The Government, meanwhile, issued a statement to ensure that the activities of the companies will be maintained, «strictly respecting the current legal framework», although this Monday the collapse of the shares of one of the main companies raised the alerts before a possible legal lawsuit. And now what is going to happen?

The mines with a closure date are Inmaculada, Pallancata, Apumayo and Breapampa, which are located in the headwaters of the southern Ayacucho basin. Despite the fact that the business associations assure that it is an «arbitrary» decision by the Government of Castillo, from Vásquez’s office they clarify that these facilities already had planned closure plans, even for two years.

Through an official communication, the Executive specified that the agreement signed with the communities of southern Ayacucho to follow up on the closure plan is limited to the previously established schedule for this process. «Therefore, we rule out that these measures are arbitrary, illegal or that they contravene legal stability, as representatives of the business associations have referred to», details the text.

However, one of the companies that should apply a closure to its facilities said it was not aware of the decision. This is Hochschild, a UK mining company that has advanced that it will «vigorously defend» its gold and silver mining projects in Pallancata and Inmaculada, after a gloomy Monday, with shares plummeting more than 50% due to the announcement of the Peruvian Government.

The company claims that it operates under «the highest environmental standards», offering 5,000 direct jobs and some 40,000 indirect ones. Hochschild’s executive director, Ignacio Bustamante, showed his surprise at the government’s announcement and called the planned action «illegal» at that mining site, from which the company extracts more than two-thirds of the gold and silver it takes from Peru.

“We are ready to enter into a dialogue with the government to resolve any misunderstandings regarding our mining operations. However, given the illegal nature of the proposed action, the company will vigorously defend its rights to operate these mines using all available legal avenues”, Bustamante said, speaking to The Guardian.

What’s behind the closure?

The Peruvian authorities have in mind the protection of water and ecosystems in the provinces of Parinacochas, Lucanas and Páucar del Sara Sara, which are in danger due to the intense mining activity that currently exists in the headwaters of the southern Ayacucho basin.

To this end, the Executive has created a negotiating commission to refine the details for the closure of the four mining units, meet with the companies involved and carry out an environmental assessment «to identify the sources of contamination», in response to the historical demand of the communities that defend their right to water, land and an ecosystem free from mining.

«If I am here as president of the Council of Ministers, with the representatives of ministries, it is because we recognize that their demands are legitimate and just», said Vásquez on Friday, after emphasizing the historic abandonment of those communities due to «the indifference of a State that thought that economic growth was enough». for the communities.

In her speech in Ayacucho, the premier of Peru was emphatic that the objective is not to extend the term of exploration or exploration concessions for companies, but rather to terminate and close the mining activity «as immediately as possible». The next day, due to the controversy generated, she qualified her statements.

“Mining operations that already have a planned closing date must do so properly and in compliance with the standards and deadlines of the law. The recovery of the basin is our commitment signed with the south of Ayacucho. It does not mean unilateral closure», she maintained.

With a scheduled procedure or not, the move announced by Vásquez comes at a time of relative turbulence within the Peruvian government, which has had to overcome the first 100 days of management amid scandals, resignations of ministers and a lively struggle with the opposition in the congress.

However, it is not a spontaneous measure. The decision comes after months of protests by the communities of the mining areas of Peru, which not only denounce the pollution of the environment, but also point out the companies in charge of the deposits of being responsible for territorial conflicts, violence, displacement, deforestation and persecution of environmental leaders and defenders.

Blockades, road closures and confrontations with the police were the most visible expression of the different mining conflicts, such as that of Las Bambas (Apurímac) and Aruntani Tucari, (Moquegua). In this context, the minister decided to go to the area together with other officials to establish an «active dialogue» with the population and respond to their demands. The problem is that the requests of the population collide with the economic interests of the mining companies, in a country that is the second largest producer of copper in the world and whose finances depend, to a large extent, on the taxes on this activity.

«The prime minister is going beyond the rule of law, giving herself powers that she does not have by law and assuming functions that correspond to other instances of the State», accused the president of the National Confederation of Private Business Institutions (CONFIEP), Oscar Caipo. That union, which groups together the largest mining corporations in the country, acknowledged that although closure schedules have been established, they planned to extend those deadlines.

Peruvian law, while contemplating compliance with closing deadlines, also leaves the window open to modifying schedules, should regulators so determine, an issue that multinationals seemed to take for granted.

Meanwhile, the Ministry of Energy and Mines issued a statement to insist that Peru is a «purely mining» country and is willing to offer guarantees to investors in the sector, which participates in «13.5% of GDP and 62% of exports «, as long as the companies are «within a comprehensive and sustainable development approach, and in a harmonious relationship with the peoples and communities adjacent to the mining projects, aimed at benefiting the development of the great majority».