Peru: The march that intends to turn Lima into the epicenter of the protests against Boluarte 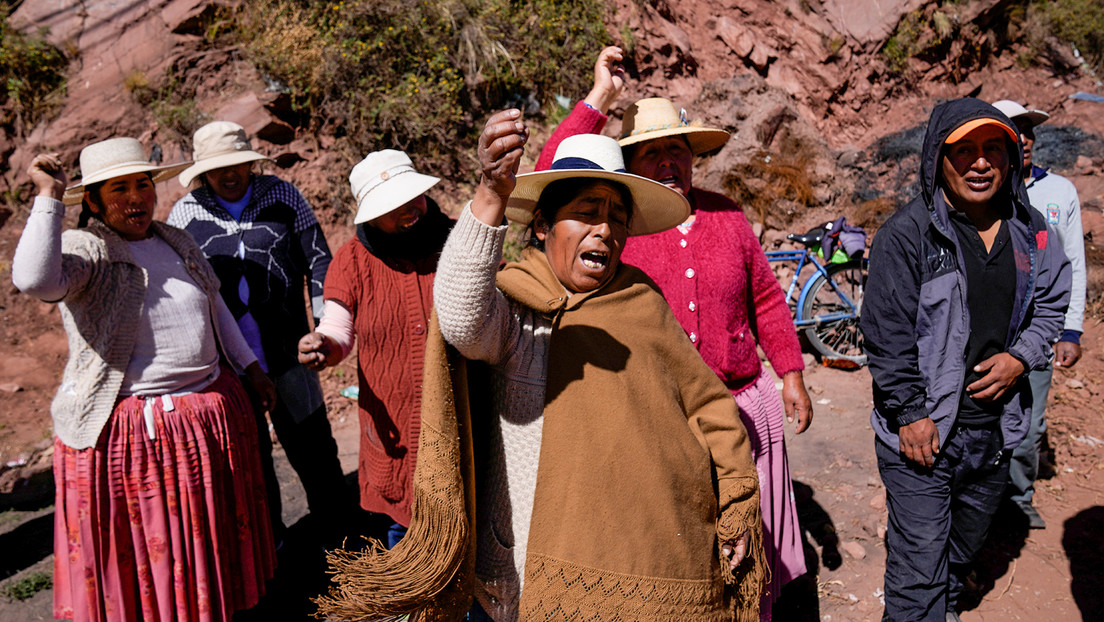 The wave of protests in Peru that demand the immediate resignation of President Dina Boluarte continues to gain strength and aims to settle itself in Lima, the country’s capital, despite the fact that after more than a month of demonstrations and strong repression, there have been, at least, 50 deaths.

The widespread discontent has had as protagonists the populations of the so-called «deep Peru», provinces far from the capital that also demand the release of Pedro Castillo, president dismissed by Congress on December 7 and imprisoned since that date.

Tensions have increased due to the lack of effective responses from Boluarte, while the military and police repression intensifies. For this reason, social leaders and organizations, especially from distant regions such as Arequipa, among others, have called for the mobilizations to move to Lima to relaunch the ‘Marcha de los Cuatro Suyos’, a massive demonstration carried out by thousands of Peruvians who traveled to Lima from the four cardinal points and protested for three days in July 2000 to demand the resignation of then President Alberto Fujimori.

Now, since the beginning of January, the protesters have announced that they will do the same in Lima to continue demanding the departure of Boluarte. Over the days, hundreds of community members, peasants, indigenous people, and Peruvians dissatisfied with the institutional, political, and social crisis, have come to the capital so as to make pressure for the total renovation of the State.

Although the so-called march in the capital still does not have a date or defined point, the social forces of Arequipa, more than 1,000 kilometers from Lima, announced that they will continue with the protests during this week and that they will join the national strike called for next Thursday January 19.

While the issue is still far from being resolved, Boluarte’s chief of staff, Alberto Otárola, announced last week that the public security forces are ready to respond and assured that the protesters responded to the interests of «violentistas» (violent people). In the same way, the premier denounced that the mobilizations would allegedly be financed «by foreign interests» and «by dark money from drug trafficking».

Although the Boluarte government has sought to limit citizens’ rights to protest with curfew decrees in different regions of Peru, the demonstrations do not stop and discontent increases with the passing of the days.

On Sunday – for example – there were various marches and strikes throughout the country, the majority in the southern region, in addition to roadblocks in 35 provinces and there were 99 ‘cuts‘ to national highways, according to a report by the Ombudsman.

In parallel, the Boluarte regime, which was recently visited by the Inter-American Commission on Human Rights (IACHR) to assess the situation, decreed a State of Emergency in various parts of the country, including the capital and the departments of Puno and Cusco, where recently, the bloodiest acts of violence have taken place, including the massacre in the city of Juliaca that left at least 20 dead.

Boluarte and his cabinet also decided to suspend fundamental rights in the provinces of Callao, Andahuaylas, Tambopata and Tahuamanu and in the district of Torata in Mariscal Nieto. These measures have also affected some national highways that connect «deep Peru» with the capital.

Despite this, according to local media reports, a group of discontents has managed to reach Lima from the departments of Cajamarca, La Libertad and Amazonas, and since Monday, members of indigenous communities from the rest of the country have continued to arrive.

It has been reported that, in the next few days, community members from Pichihua, Alto Pichihua and Suycutambo will arrive in Lima, as well as protesters from the Andahuaylas district, who have already begun to settle themselves in the capital, according to the local press.

Meanwhile, the General Confederation of Workers, the most important union in the country, has ratified the call for a national strike on January 19 to demand the resignation of Boluarte, who has repeatedly stated that she will not resign.

For his part, Otárola said that Boluarte’s administration is «transitory», a week after he appeared before Congress to request a vote of confidence from parliament, which was finally granted.