Bruno Pacheco, former Secretary General of the current Government of Peru, would have declared to the Prosecutor's Office that the president received bribes
Share 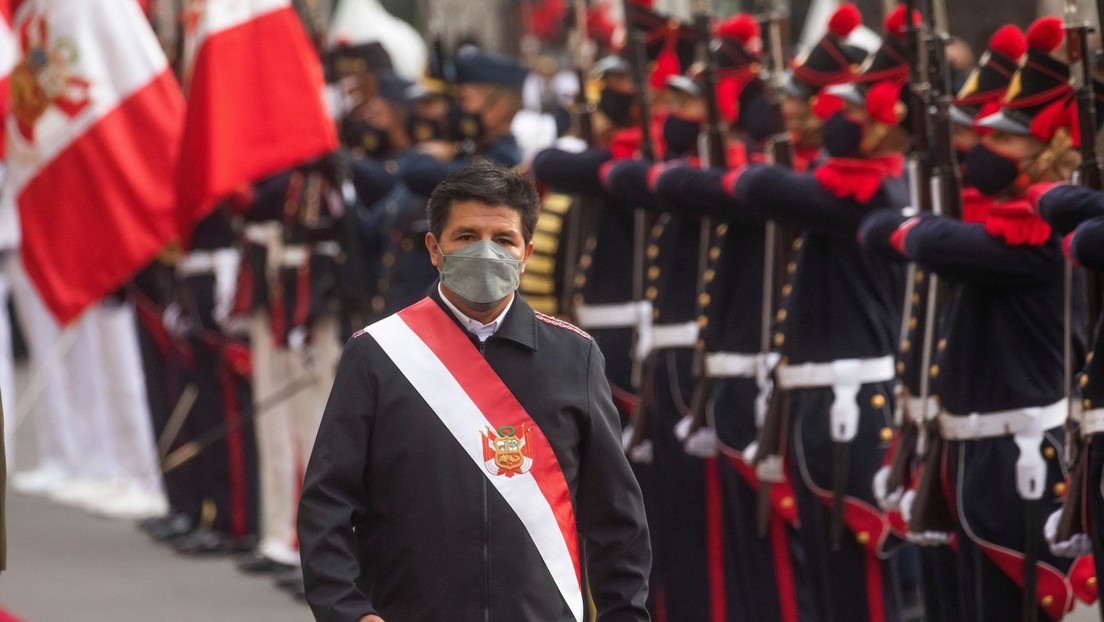 A new scandal splashes the president of Peru, Pedro Castillo, after a local television program pointed out on Sunday that Bruno Pacheco, former secretary general of the Presidency, told the Prosecutor’s Office that the current Peruvian president would have received bribes to appoint, in October 2021, Hugo Chávez Arévalo as general manager of the state-owned Petroperú.

«I emphatically reject the false accusations broadcasted by the program ‘Panorama’, that points out that I would have received a ‘reward’ of 30,000 soles. In honor of journalistic truth, I demand a serious investigation to clarify this falsehood», said Castillo.

The Peruvian president, who has been involved in different scandals, also announced that he will exercise his right «as a citizen and as president of the Republic», to «denounce the aforementioned journalistic production that spreads false news with the sole purpose to deceive and manipulate the citizens» of Peru.

According to ‘Panorama’, a program broadcasted every Sunday by local media outlet Panamericana Televisión, Pacheco, who was a fugitive from justice for four months and turned himself in last week on charges of alleged corruption, would have confirmed to the Public Ministry that he received bribes both for him as for Castillo.

The report ensures —according to “sources”— that Pacheco declared to the authorities that the bribe money was given to him by the doctor and businessman Fermín Silva Cayatopa, owner of the La Luz Clinic. In addition, they indicate that the Peruvian president received money in a briefcase from the former Minister of Transport and Communications, Juan Silva.

Meanwhile, according to the statement that Pacheco would have given to the prosecutors, Silva gave him two amounts: 15,000 Peruvian soles (more than 3,800 dollars) for him, and another 30,000 soles (more than 7,600 dollars) for Castillo to secure the appointment of Chávez Arévalo in the state oil company.Other investigations in Peru that are related to corruption

Pacheco has a 24-month preventive detention order for allegedly having acted in favor of the private consortium Puente Tarata III in order to grant it the concession of a road work in the Peruvian jungle, estimated at 58 million dollars.

In this regard, the Peruvian president described as «satisfactory» that Pacheco, who resigned from his post in November last year, «has made himself available to Justice». «That shows the falsehood about the supposed protection of the Executive, we hope that the truth will prevail», said Castillo.

For his part, Chávez Arévalo, an economist by profession, was appointed as general manager of Petroperú on October 7, 2021 and remained in office until March 20, 2022, when he decided to resign due to accusations of alleged crimes such as “traffic of influence”, “illegal sponsorship” and “collusion” to the detriment of the State, the same case for which President Castillo is being preliminarily investigated.

After his resignation from Petroperú, Chávez Arévalo denied the accusations against him and told the local media RPP Noticias that he felt «repentant» for having assumed the position, because he is «a person of reputation» who was involved in «gossip» and «rumors» within a State company that, according to him, has entrenched in its structure «a corruption (system) of 30 years».

In these statements, the economist also denied having had communications with Pacheco, whom he assured had no decision-making power within the Castillo government.

Meanwhile, President Castillo, who completed a year in office at the end of July, has remained at the helm of Peru amid harassment by scandals, allegations of alleged corruption, political ruptures, calls for resignation or ‘removal’, and institutional weakness that raises doubts about his permanence in power.