Peru: When and what is still needed for Pedro Castillo to be proclaimed as President?

The leftist leader Pedro Castillo could be proclaimed as president of Peru next week, a few days after his inauguration, once the challenge process filed by his rival, Keiko Fujimori, is finished
Share 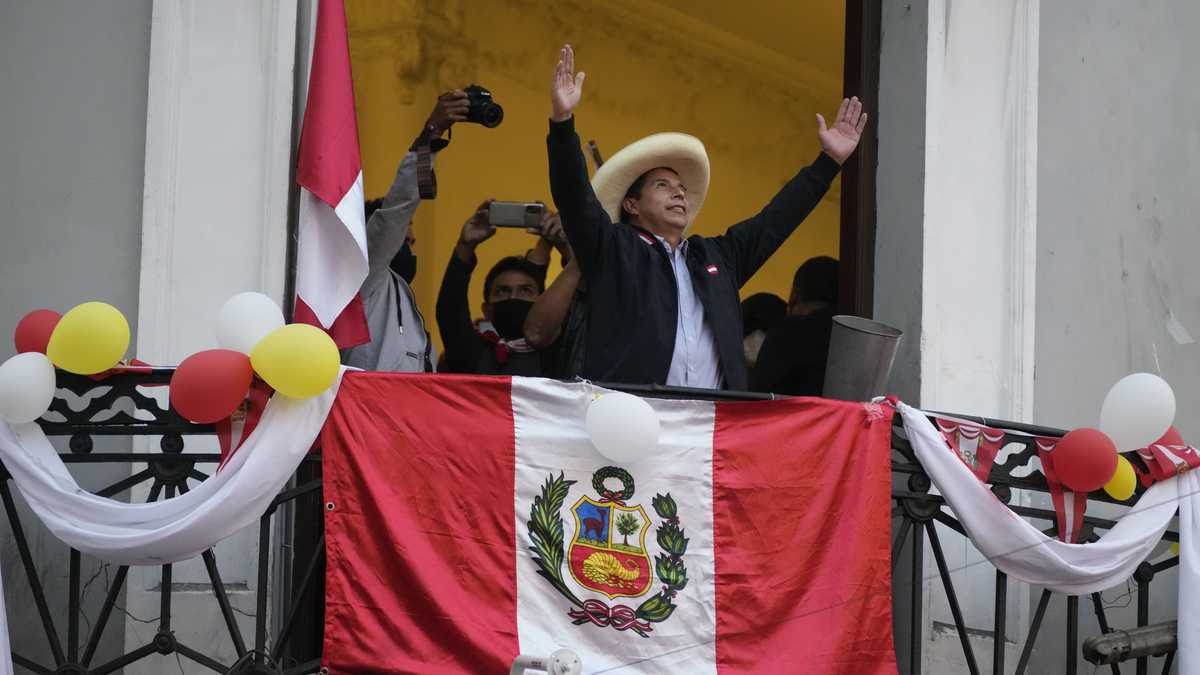 The leftist leader Pedro Castillo could be proclaimed as president of Peru next week, a few days after his inauguration, once the challenge process filed by his rival, Keiko Fujimori, is finished. In no instance did Keiko manage to prove the fraud that she denounced since the second round, held on June 6.

According to the calendar provided by the electoral authorities, Castillo’s victory will be confirmed no later than next Wednesday, that is, one week before the July 28 ceremony in which he will be sworn in as president of Peru for a period of five years.

In a report by the journalist Cecilia González for RT, it is explained that this is the first time that the proclamation of a president has been delayed for so long in the South American country. This delay was caused by the post-election conflict carried out by Fujimori, the candidate of the right-wing party, Fuerza Popular, has already warned that, in any case, she will not recognize the official results.

The countdown to ending the electoral process had one of its crucial chapters yesterday, since the 19 Special Electoral Juries (JEE) of the Peruvian regions finished the proclamation process in each of those districts. In all cases, they issued the minutes that validated Castillo’s triumph.

From that moment, the three working days began to run for the Fujimorism to file appeals, which implies that it has until next Friday to continue delaying the recognition of its defeat, but it is expected that the response of the electoral authorities will be immediate, so as not to delay the proclamation any longer.

If it coincides with the rulings that all the instances have been giving and declares them inadmissible, then the National Elections Jury (JNE) will already be in a position to formalize Castillo’s victory, who, according to official calculations, won by obtaining 8,836,380 votes. , compared to the 8,792,117 that Fujimori reached. The difference was just 44,263 votes.

Since the end of the second round, Fujimori filed 270 appeals, but in most cases it did not even comply with the formal requirements for their presentation, so the JNE invalidated them.

Although the daughter of former President Alberto Fujimori denounced fraud in the counting of votes and in the validation of the minutes, especially from polling stations in the interior of the country, where Castillo had the greatest amount of citizen support, she could never prove it.

In addition, all the groups of international observers who attended the elections, plus the European Union and even the US Government, assured that the elections had been carried out without irregularities, which diminished the weight of their complaints.

The paradox of Peru is that there were so many unsubstantiated maneuvers that the candidate tried so as to avoid defeat that now the Office of the Attorney General will investigate her for «disturbance or impediment of the electoral process» and «procedural fraud» against the State.

In fact, Fujimori must declare for this cause on July 23, when it is expected that Castillo will have already been proclaimed as president-elect.

While the right-wing leader of Peru faces new legal problems, which add to the corruption investigations that she has dragged on for years, Castillo, on the contrary, is in the midst of defining his cabinet.

The confirmation of Castillo’s victory does not guarantee that the political tension in Peru will subside, because at the weekend, during a meeting with his followers, Fujimori said that she will not accept the results. «We are not going to sit idly by, the game is not over», she warned, although she has already exhausted all the democratic instances she had to contest the results of the election.