Petro’s 10 commitments to achieve the change desired by Colombia

In his first speech, after his inauguration as president of Colombia, Gustavo Petro grouped into ten points the commitments that he will have during his government with the Colombian people and that encompass issues such as peace and dialogue; attention to the most vulnerable sectors; the fight against corruption and a comprehensive care of the […]
Share 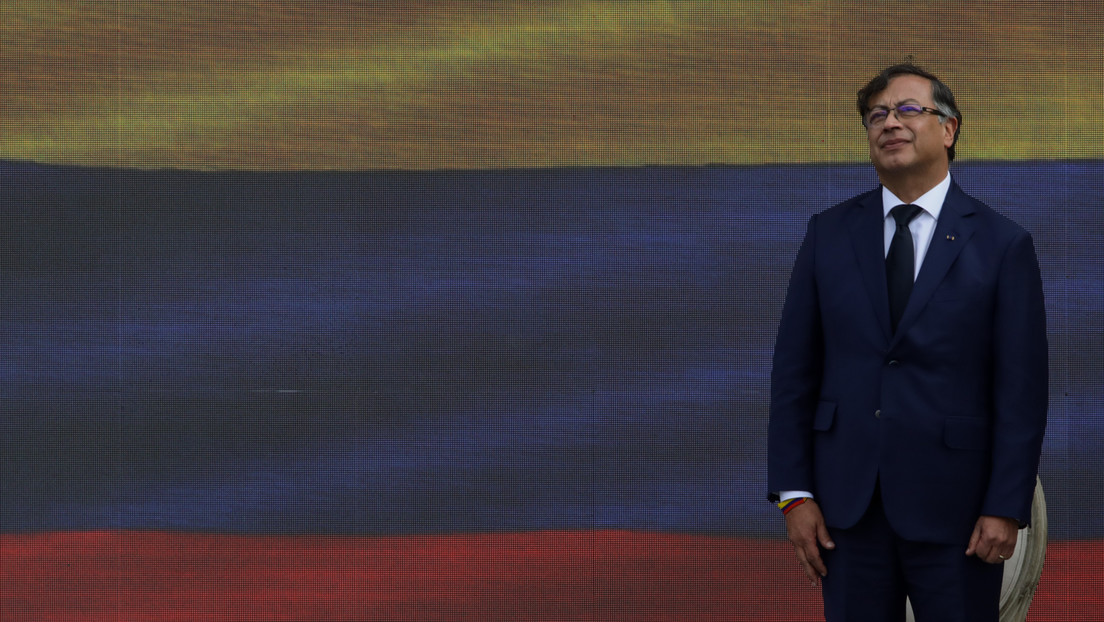 In his first speech, after his inauguration as president of Colombia, Gustavo Petro grouped into ten points the commitments that he will have during his government with the Colombian people and that encompass issues such as peace and dialogue; attention to the most vulnerable sectors; the fight against corruption and a comprehensive care of the population as a preventive way to avoid violence.

Before the thousands of attendees who witnessed his swearing in on the outskirts of Congress, in the emblematic Plaza de Bolívar, the newly positioned president spoke about the cross-cutting issues of his administration, which ends in 2026, and which he had already outlined in his Governmental plan, which he made known during his campaign, reports RT.

1. To work so as to achieve true peace in Colombia

The leader of the Historical Pact ratified that he will comply with the provisions of the Peace Agreement, signed in Havana in 2016 between the Government and the former Revolutionary Forces of Colombia (FARC), and that he will follow the recommendations of the Truth Commission set forth in the final report, which accounts for the ravages caused by six decades of armed conflict.

«It is the government of peace, peace is the meaning of my life, it is the hope of Colombia. We cannot fail Colombian society, the dead deserve it, the living need it, life must be the basis of peace», he said during his first speech as president.

«We will make a policy of care so that no one is left behind. We are a supportive society that worries about and takes care of others (…) we will make a policy that is sensitive to the suffering and pain of others with the instruments and the solutions to create equality», promised Petro.2. Caring for marginalized people

The president promised that the State would take care of the most vulnerable populations such as the elderly, children, people with disabilities and those who have been marginalized by «history or society».3. Governing Colombia with and for women

Petro has already appointed eight women as heads of various ministries, among which are the offices of Energy, Labor, Health and Culture. In his inauguration, he affirmed that it would be a parity-based government and that it includes the new Ministry of Equality, which will be headed by Vice President Francia Márquez.

«We are going to work so that gender does not determine how much you earn or how you live, we want real equality and security so that Colombian women can walk calmly (the streets) and not fear for their lives», said the president of one of the most unequal countries in the world, where there is a gender wage gap above 10% and where women have been the most affected by the armed conflict and by poverty.

“The important thing is not where we come from, but where we are going. We are united by the will to construct our future, not the weight of the past, we are going to build a great national agreement so as to set the roadmap for Colombia for the coming years, dialogue will be my method, and agreements, my objective», he said.4. Dialogue with everyone

The president promised that his government will have its doors open «for anyone who wants to discuss Colombia’s problems, whatever their name is, wherever they come from».

“The important thing is not where we come from, but where we are going. We are united by the will for the future, not the weight of the past, we are going to build a great national agreement to set the roadmap for Colombia for the coming years, dialogue will be my method, agreements, my objective», he said.5. To listen to Colombians

The former senator and former mayor of Bogotá said that he will listen to the population, as he has done for years, because «one does not govern from a distance, away from the people and disconnected from their realities».

Along these lines, he promised to design mechanisms and dynamics so that Colombians feel heard. «I will not be trapped between the ‘curtains’ of the bureaucracy, I will be close to the problems, I will walk alongside and together with Colombians from all corners» of this land.6. Defense against violence

The first left-wing president to come to power in the South American country affirmed that he will defend citizens from violence and that he will work so that «families feel safe and secure».

Similarly, he expressed his willingness to implement a comprehensive security strategy, «ranging from prevention programs, social redemption and ending hunger», to «the pursuit of criminal structures and the modernization of the security forces».

The presence of the State and the comprehensive care of the population have been the most constant demands of the victims of violence and human rights organizations, given the increase in homicides, displacements and threats from armed groups in the most remote communities of the country, where they face each other for territorial control.7. Fight against corruption

Petro promised «zero tolerance» to corruption and the intention to «recover what was stolen, monitor so that it does not happen again and transform the system to discourage this type of practice».

In 2020, a scandal broke out that affected the Army because some of its intelligence units allegedly listened to the conversations of journalists, politicians, magistrates and high-ranking officers of the Armed Forces.

The chuzadas (wire tapping) are not a new topic. In 2009, during the administration of former President Álvaro Uribe, the disappeared Administrative Department of Security (DAS) intercepted opposition politicians, journalists and magistrates. For this fact, the director of the organization, María del Pilar Hurtado, was arrested, as well as other senior officials.8. Protection of biodiversity

«I will protect our soil and subsoil, our air and sky», said the Colombian president, asserting that he will not allow «the greed of a few» to put biodiversity at risk.

“We are going to confront the uncontrolled deforestation of our forests and promote the development of clean and renewable energies. Colombia will be a world power of life», declared Petro.9. Development of the industry, popular economy and the countryside in Colombia

Among the priorities of the Government that brings together progressive and leftist forces, are rural women, especially because of the role they play in the popular economy, micro, small and large entrepreneurs. «Our invitation is to produce, to work»,  said the president.10. Comply with and enforce the Constitution

Petro cited the first article of his country’s Constitution and promised to comply with it: «Colombia is a social State of law, organized in the form of a decentralized unitary republic with autonomy from its territorial entities, democratic, participatory and pluralistic, founded on respect of human dignity, in the work and solidarity of the people who put it together and in the prevalence of the general interest”.

He also said that he trusts that the debates in Congress «will be fruitful» and that they «offer results for the Colombian society».

The Historical Pact has the majority in the Legislative, after the benches of various political groups expressed their support.

Among the presidential proposals that will be debated by Parliament are tax, health, and education reforms, among others.