In India, the founder of Microsoft is blamed for creating a vaccine strain that caused a devastating polio epidemic between 2000 and 2017, which paralyzed approximately 496,000 children
Share 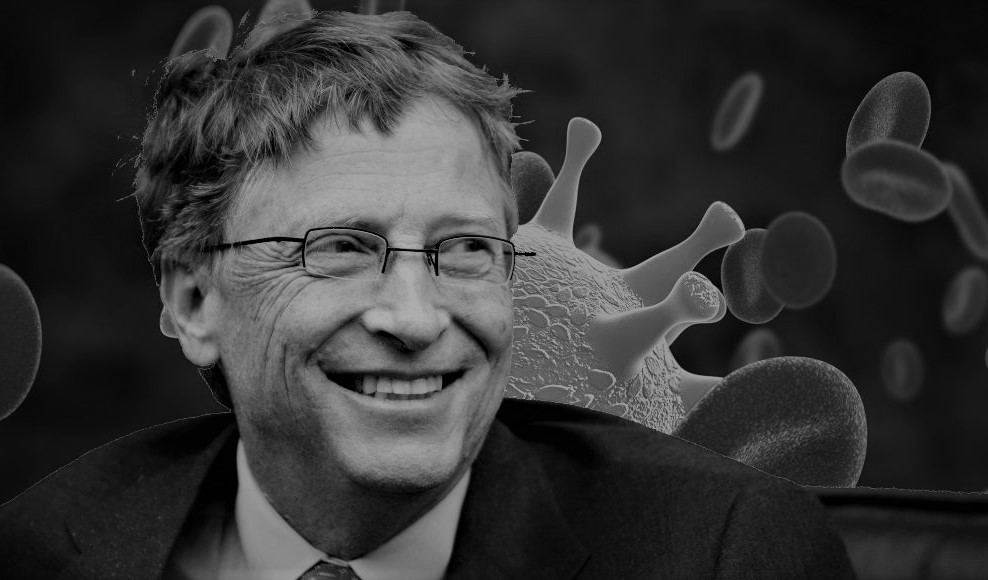 The American lawyer and environmentalist Robert Francis Kennedy Jr., author and opponent of vaccination, denounced the tycoon and creator of Microsoft, Bill Gates, for being allegedly involved in a conspiracy that seeks to control the vaccines market, including that of the new COVID-19 coronavirus, in order to be in control of the planet.

Kennedy Jr. is the son of former Senator Robert F. Kennedy and nephew of former President John F. Kennedy; He is currently the Chairman of the Board of the Waterkeeper Alliance, a nonprofit environmental group that he helped fund in 1999.

Through Instagram, Kennedy Jr. disclosed a series of information that put Gates as the protagonist of this conspiracy network in which the World Health Organization (WHO) was also allegedly involved.

In his presentation, Kennedy Jr. says Gates has a “Messiah complex” and that for him, vaccines “are a strategic philanthropy that fuels his many vaccine-related businesses, including Microsoft’s ambition to control a global ID company of vaccines with microchips, which would give him dictatorial control over global health policy, the spearhead of corporate neo-imperialism”.

“Gates’ obsession with vaccines seems to be fueled by a messianic conviction that he is ordained to save the world with technology and a divine will to experiment with the lives of (what he considers ) lesser humans”, adds Kennedy Jr.

The social activist also maintains that, under the promise of eradicating polio with 1.2 billion dollars, Gates took control, years ago, of the National Advisory Board (NAB) in India and ordered 50 polio vaccines (instead of five) to each child before the age of five.

“Indian doctors blame Gates’ campaign for a vaccine strain that caused a devastating polio epidemic that paralyzed 496,000 children between 2000 and 2017. In 2017, the Indian government vetoed the Gates vaccination regime and expelled him along with the NAB. Polio paralysis rates fell precipitously”.

He also adds that in 2017, the WHO admitted that a vaccine strain predominated during the global polio explosion, which Kennedy Jr. says comes from the Gates Vaccine Program.

“The scariest epidemics in the Congo, the Philippines and Afghanistan are related to Gates’ vaccines. By 2018, three-quarters of the global polio cases came from Gates’ vaccines”, denounces the activist.

In 2014, the Gates Foundation funded trials of experimental HPV vaccines, developed by GSK and Merck, that were administered to 23,000 girls in remote Indian provinces.

Gates was accused by the Indian government investigations of widespread ethical violations in their ‘research’, because they pressured girls from vulnerable villages to sign the vaccine enforcement contract, intimidating parents, falsifying consent forms and refusing to give medical care to the injured girls. The case is now in the country’s Supreme Court.

In 2010 – says Kennedy Jr – the Gates Foundation funded a trial of the experimental GSK malaria vaccine, which killed 151 African children and caused serious adverse effects such as paralysis, seizures, and febrile seizures in 1,048 of the 5,049 children with whom they experimented with.

In 2014, the Kenyan Dodors Catholic Association accused the WHO of chemically sterilizing millions of unwilling Kenyan women with a bogus “tetanus” vaccine campaign.

“Independent labs found the sterility formula in each tested vaccine. After denying the charges, the WHO finally admitted that it had been developing sterility vaccines for more than a decade. Similar accusations came from Tanzania, Nicaragua, Mexico and the Philippines”, he added.

The complaint warns that the A2017 study (Morgensen et. Al. 2017) showed that the popular WHO DTP vaccine is killing more African children than the diseases it aims to prevent. Vaccinated girls suffered 10 times the mortality rate of unvaccinated boys. Gates and the WHO have refused to withdraw the lethal vaccine that the WHO applies to millions of African children annually.

Is the WHO kidnapped?

The environmental lawyer also argues that various public health advocates around the world accuse Gates of hijacking the WHO agenda away from projects that have been shown to curb infectious diseases and promote clean water, hygiene, nutrition and economic development.

“In addition to using his philanthropy to control the WHO, UNICEF, GAVI and PATH, Gates finances pharmaceutical companies that manufacture vaccines and a massive network of pharmaceutical industry groups that transmit misleading propaganda, conduct fraudulent studies, surveillance and psychological operations against vacillating vaccinations and using power and money to silence dissent and force compliance”, wrote Kennedy Jr.

Kennedy Jr. adds that, apparently, the COVID-19 pandemic is in Gates’ best interest, as he can finally use the juncture to apply new vaccine programs produced by his laboratories to apply them to American children.

In fact, in November 2018, Gates warned of a deadly pandemic that could soon affect humanity and wreak havoc. The words were issued during an event organized by the Massachusetts Medical Society and The New England Journal of Medicine.

In that event, he warned that given the continuous appearance of new pathogens, the increasing risk of a bioterror attack and the connection of the world through air transport, “there is a high probability of a large and deadly pandemic occurring today”. And worst of all, he added that the world is not making much progress in prevention measures and in the preparation to deal with it.

In addition to the complaint by Robert Kennedy Jr., a report by the HispanTV network warns that Donald Trump’s insistence on reopening the companies in his country and removing the quarantine in the midst of the pandemic to force the return of people to work, combines with Bill Gates’ insistence that citizens be forced to use their future vaccine against the new coronavirus, as both characters pursue political and economic benefits.

This link between the vested interests of the Gates Foundation and the Republican Party is made even more noticeable with Senator Lindsey Graham’s public support for Bill Gates himself, for this “philanthropist” to apply to lead the WHO, after Washington will withdraw its monetary contribution to this entity, under the pretext of its “mismanagement” in the face of the pandemic.