Spain: Why does the government of Pedro Sánchez want to move towards considering the coronavirus as a «flu»?

The new system is being studied by the Ministry of Health, which manages that individual case monitoring would no longer be carried out and that primary care would only attend vulnerable people or those with serious symptoms.
Share 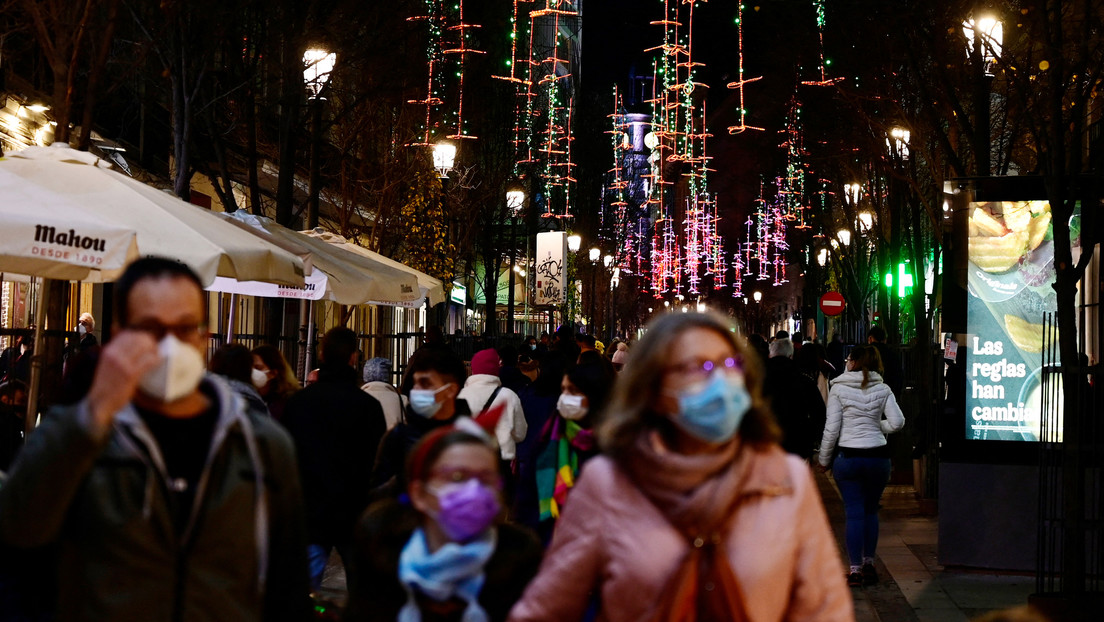 The President of Spain, Pedro Sánchez, surprised everyone by announcing that the Government has been working for weeks to change the way it evaluates the coronavirus pandemic, which is known as the ‘flu’ of covid-19.

The announcement comes when Spain is on the crest of the sixth wave, with almost 300,000 new infections reported during the last weekend, a figure unprecedented in previous waves. In addition, the healthcare capacity is beginning to suffer, with the Intensive Care Units (ICU) of the hospitals in some regions in a complicated situation, with more than 30% of their beds occupied by covid patients.

The change that Sánchez proposes would consist of starting to treat the coronavirus as if it were an endemic disease. «I believe that we have the conditions so that, with caution and little by little, we begin to evaluate the evolution of this disease with different parameters, similar to those used with the flu», said the Spanish president in an interview on Cadena Ser.

Sánchez also announced that his Executive gabinet is finalizing the control of the prices of antigen tests, which have skyrocketed in recent weeks, as well as the purchase of 344,000 doses of the new Pfizer oral retroviral, explains RT.

The new system would be implemented once this sixth wave is over, while Sánchez hopes that it will be a debate that will take place at the European level. «The Minister of Health herself has proposed the idea to different European Health Ministers», said the president.

Despite the high incidence of infections throughout the continent, and throughout the world, Sánchez says that now medicine has answers for citizens so they can protect themselves and reduce the chances of infections, alluding to vaccines. In addition, with the new omicron variant, despite being more transmissible, there has been a decrease in fatality, from 13% in the first wave, to the current 1%.

At the moment, there is still no new definitive model, but the Ministry of Health is working on different options to count the cases.

To save Spain’s health system

This last option, defended by the Spanish Society of Family and Community Medicine (SEMFYC), one of the three main primary care medical societies in the country, maintains that with the current dominant strain, omicron, less severe, and the excellent rate of vaccination in the country, which already reaches 90.4% of the population older than 12 years with the complete doses (two), it is time to move towards a sentinel surveillance model, the same as that used with influenza.

In this case, the exhaustive count of cases that is currently being carried out would no longer be done, and it would be substituted with samples collected by a surveillance network in hospitals and other centers to measure the spread of the disease.

Thus, an attempt would be made to end the saturation of primary care by making it attend to serious conditions while mild ones would be treated at home. The decongestion of these centers is essential to end the underdiagnosis of other pathologies, such as oncological processes, which have been affected throughout the pandemic.

According to the SEMFYC, it would be about stopping the medical visits and the testing of healthy people with minor symptoms, stopping tracking and testing their contacts and abandoning isolations and quarantines. Instead, the covid would be treated like the flu: making clinical diagnosis and giving general recommendations on self-care and prevention of infections to vulnerable people, and reserving health care for people who need it due to their symptoms or vulnerability.

However, those who are opposed to the government’s position maintain that the measure would only serve to minimize a situation that is out of control and that it would lead to an exact ignorance of the epidemiological situation. Of this opinion are the other two major primary care medical societies: the Spanish Society of General and Family Physicians (SEMG) and the Spanish Society of Primary Care Physicians (SEMERGEN).

They emphasize that not only is the treatment of moderate or severe cases of Covid-19 important, but also knowledge of asymptomatic cases in order to alleviate the transmission of the disease.

Covid-19 is not yet a stable disease, the number of mutations that will take place is still unknown, its degree of infection is high and there is no therapeutic alternative in Spain for drug treatment, all of these are circumstances that these experts advise against giving this step right now.

In addition, they remember that the covid is not a flu, although it is an idea that is spreading more and more among the population. Despite the less aggressiveness of the omicron variant, morbidity, mortality and the burden of care in the last few days in Spain far exceed those of an endemic disease.