The production in the old continent is based on the intensification and use of concentrated soy or corn, especially in winter, while throughout Latin America it is possible to produce meat on pastures all year round.
Share 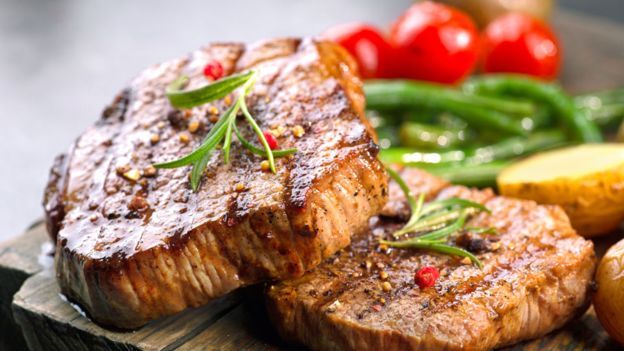 A study by the University of Oxford in England and the Agroscope Institute in Switzerland, concluded that the average production of South American beef produces three times more greenhouse gases and requires 10 times more land than cattle production in Europe, reported BBC World.

In that sense, the researchers recommend that to stop consuming meat or cow’s milk would be one of the most effective actions to combat climate change, since the production of cattle and bovine protein have the most harmful effect on the environment.

In addition, the report published in the journal Science, states that raising livestock on deforested land produces, for example, 12 times more greenhouse gas emissions than doing it on natural pastures.

This example was proven during the time of the study of the English scientists Joseph Poore and the Swiss Thomas Nemecek, which is based on data from about 40,000 farms in 119 countries.

EUROPEAN MILK LIVESTOCK IS USUALLY FEEDED WITH CEREALS AND FODDER

According to Poore and Nemecek, meat in general and cow’s milk provide just under 18% of the calories and 37% of the protein consumed by humans on a planetary scale, using the vast majority of agricutural land – 83% – and producing 60% of greenhouse gas emissions that comes from agriculture, says BBC World.

These researchers believe that if the consumption of meat and milk were eliminated, the use of agricultural land would be reduced by 75% globally.

Poore stressed in the report that South American livestock is more polluting than European, because 80% of animal protein from the old continent is co-produced with dairy. In contrast, in the South American region this ‘simultanous process’ occurs only in 30% of production.

«When you coproduce, environmental costs are shared. And European dairy cattle are usually fed with cereals and fodder, which reduces the use of land, although not always», he said, while referring that secondly, “in South America large areas of pasture are degraded and produce meat in degraded pastures requires more land. »

Poore maintains that the emissions are produced because the livestock production occurs «on land previously deforested.»

For Brazilian researcher André Mazzatto, from the University of Bangor in Wales and the principal author of a 2015 study on strategies to reduce emissions in Brazilian livestock, there is much scope to improve the efficiency of tropical farms.

Likewise, he warns that «concentrate for livestock in Europe is usually produced in other countries» and a greater demand for soy or corn for animal feed will have an impact on the environment.

He stressed that, for example, if the concentrate is produced with soy from Brazil or Argentina, the environmental impact of European livestock must also include the use of land in South America to produce that soy.

What’s up with the concentrates

Poore assured to BBC World that in his study «the land used in both concentrates and pastures was taken into account. We have not left anything out,» he said, referring to the differences between meat production in Europe and South America. The first is based on the intensification and use of concentrates, soy or corn, especially in winter, while the second and throughout Latin America it is possible to produce meat on pastures all year round.

«In some places like the pampas of Uruguay, Argentina and southern Brazil, the pasture is native and very productive, a forest will not grow there naturally, so the livestock is more environmental friendly than in the Amazon, where there must have been deforestation» , he sentenced.

Nor is the solution to stop eating meat

Other experts warn that to stop eating beef «is not the panacea» described by many and diverse press media. One of these experts is the American researcher Frank Mitloehner, professor of animal science and air quality at the University of California, Davis, who ensures that «to stop eating meat will not save the planet.»

The article published by Mitloehner in The Conversation was titled «Yes, eating meat affects the environment, but cows are not killing the climate» and cited the data of the United States Environmental Protection Agency which states that the largest Greenhouse gas sources of the United States in 2016 were the production of electricity (28%), transport (28%) and industry (22%). Agriculture represented 9% and animal production less than half of this figure (3.9%).

A study by White and Hall, 2017 considered that if allthe people of the United States stopped eating meat, greenhouse gas emissions from the food sector in that country would fall by only 2.6%.

Mitloehner, believes that «renouncing meat and meat products is not the environmental panacea that sometimes is presented to us» and argues that Mazzatto’s research with data from the FAO, the «livestock sector represents 14.5% of emissions of greenhouse gases induced by humans (data from the report ‘Facing climate change through livestock’). Most of the emissions are generated by transportation and fossil fuels. »

«If you really want to have a significant impact on the environment, you must fly less by plane, use more efficient cars and public transportation, and isolate your home more efficiently. That will have a greater impact than stopping to eat meat, «he said.

With text from BBC World