The changes in Pedro Castillo’s Cabinet: Will they let him govern Peru?

The scenario in Peru is uncertain. The new prime minister still needs to ask Congress for a vote of confidence and she also needs the Peru Libre party to support her.
Share 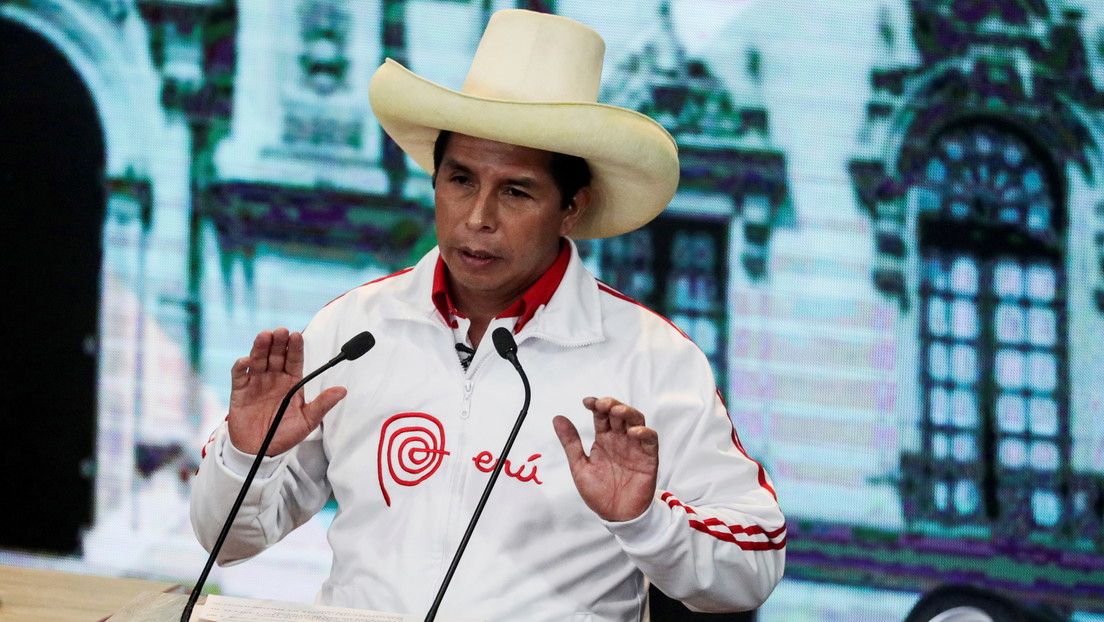 Once again, the president of Peru, Pedro Castillo, has made momentous changes in his Executive Cabinet, all this motivated by the boycott carried out by the opposition against his nascent government, which it seems they do not want to let govern under any circumstances.

Castillo’s new cabinet for Peru is now led by former Congress Minister Mirtha Vásquez, a left-wing woman whose parliamentary experience can help build a better relationship with the Legislative, and who comes to replace the controversial former Prime Minister Guido Bellido.

«The new phase in the government of the people seeks to promote dialogue, governance and teamwork», the president tweeted, welcoming his ministers after the inauguration, explains a report by La República.

In total, there have been seven changes. To that of Guido Bellido for Vásquez we must add those of Iber Maraví for Betssy Chávez in Labour, Ciro Gálvez for Gisela Ortiz Perea in Culture, Iván Merino Aguirre for Eduardo González Toro in Energy and Mines, Juan Cadillo for Carlos Alfonso Gallardo in Education, Juan Manuel Carrasco for Luis Roberto Barranzuela in Interior and Yván Quispe for José Incio in Production.

The following are the ones that have not been changed: Óscar Maúrtua in Foreign Ministry, Pedro Francke in Economy, Aníbal Torres in Justice, Dina Boluarte in Development and Social Inclusion, Anahí Durand in Women and Vulnerable Populations, Hernando Cevallos in Health, Walter Ayala in Defense, Víctor Raúl Maita in Agrarian Development and Riego, Roberto Sánchez in Foreign Trade and Tourism, Juan Francisco Silva in Transport and Communications, Geiner Alvarado in Housing and Rubén Ramírez in Environment.

What happened in Peru this week?

Earlier this week, in a very brief message to the nation, President Pedro Castillo had confirmed Bellido’s departure from the Presidency of the Council of Ministers (PCM). «My Government, in its commitment to address as a priority the great problems that the country has, such as health, hunger and poverty, has decided to make some decisions in favor of governance», he said.

«For this reason», he added, «I inform the country that today we have accepted the resignation of the president of the Council of Ministers, Guido Bellido Ugarte».

Likewise, the president seemed to settle controversies. «The balance of powers is the bridge between the rule of law and democracy, so both the question of trust, interpellation, and censorship, should not be used to create political instability», said Castillo; and then, with the clear intention of pouring some water into the political fire, he assured that it was time to «put Peru above all ideology and isolated party positions».

The intervention of the Head of State was the epilogue of a series of events. On Friday, at a cabinet work meeting (it was not an official council, where what was said is recorded in the minutes) they discussed the possibility of resorting to the question of trust to ‘save the head’ of Iber Maraví. Most of the ministers were against it. Guido Bellido was also questioned about how he had advanced matters that had not been debated.

Sunday was the launch of the second agrarian reform. Bellido was there. However, from the Executive, different sources with knowledge of the cause, assured that the Head of State had already decided to take the step towards changes.

These might have taken a little longer if it weren’t for the events that followed. On Tuesday, via his Twitter account, the Presidency of the Council of Ministers (PCM) revealed that the resolutions with the ratification of Julio Velarde at the head of the Central Reserve Bank (BCR) and the new board of directors were derived since Friday to the Presidential Office. Something like «it’s not our fault». That day, the Minister of Justice, Aníbal Torres, appeared on Radio Exitosa and assured that the trust was ‘ruled out’, but was corrected by Bellido.

On Tuesday night, in an event that went unnoticed, Castillo simultaneously received two key people in this entire chain of situations: Mirtha Vásquez and Betssy Chávez. They both arrived at the Palace at a quarter to eight at night and left an hour and a half later. Before, he did the same with Róger Nájar and Guillermo Bermejo, from the hard wing of Peru Libre.

Earlier yesterday, the Wednesday council of ministers was canceled without explanation. One version collected by this newspaper is that there, Bellido was questioned about the fact that the PCM sent those tweets about the new BCR directory. The ministers started to leave. Pedro Francke, who left on foot, anticipated with a euphemism what was to come: he referred to an improvement in the “internal organization”.

As is appropriate, it was Castillo who informed Bellido that he would not continue in office. The former minister reacted badly. Then, in the press conference he gave in the afternoon, he was serene and thanked the president for the opportunity and suggested that whoever replaces him should get «in tune» with the people and not with the «powers that be». And he argued that the renegotiation of the Camisea contract is an «imperative».

Vásquez’s assumption was rejected by the radical factions of Peru Libre. After the swearing-in ceremony, the spokesperson for this bench, Waldemar Cerrón, and his colleague, Edgar Tello, protested outside the Palace. Both, accompanied by other pro-government legislators, had gone to the Palace to demand a “quota of power” in the cabinet from the president, without success.

«The bench does not support this cabinet, because we consider it to be a betrayal», exclaimed Cerrón outside the Government Palace. Tello, who was Castillo’s partner in the strikes and one of the founders of Fenate Peru, also demanded ministerial changes. Otherwise, he warned, the president could end up like former president Martín Vizcarra: without a bench. When Tello was asked if that included the vacancy, he avoided answering.

However, Cerrón and Tello only evidenced the fragmentation of their bench. An example is that their pro-government colleagues Roberto Kamiche and Oscar Zea expressed their support for the new cabinet. Zea stressed that the pronouncement of Peru Libre against the Executive does not represent the feelings of all the congressmen of this group.

Still, from Twitter, the party’s general secretary, Vladimir Cerrón, threatened the government and blamed his former left-wing allies. «It is time for Peru Libre to demand its share of power (…) Nuevo Perú and Frente Amplio have already been served», he said. The secretary of Nuevo Peru, Álvaro Campana, responded to Cerrón: «There are those who believe that this government is a kind of repartija (Cake to be divided in parts)«, he refuted.

In this scenario, it is uncertain that, when the premier asks Congress for a vote of confidence, Peru Libre will support her. There may be a turn towards the opposition.