Petro came out in support of the head of Defense, Iván Velásquez, accused of alleged illegal acts related to the Odebrecht case
Share 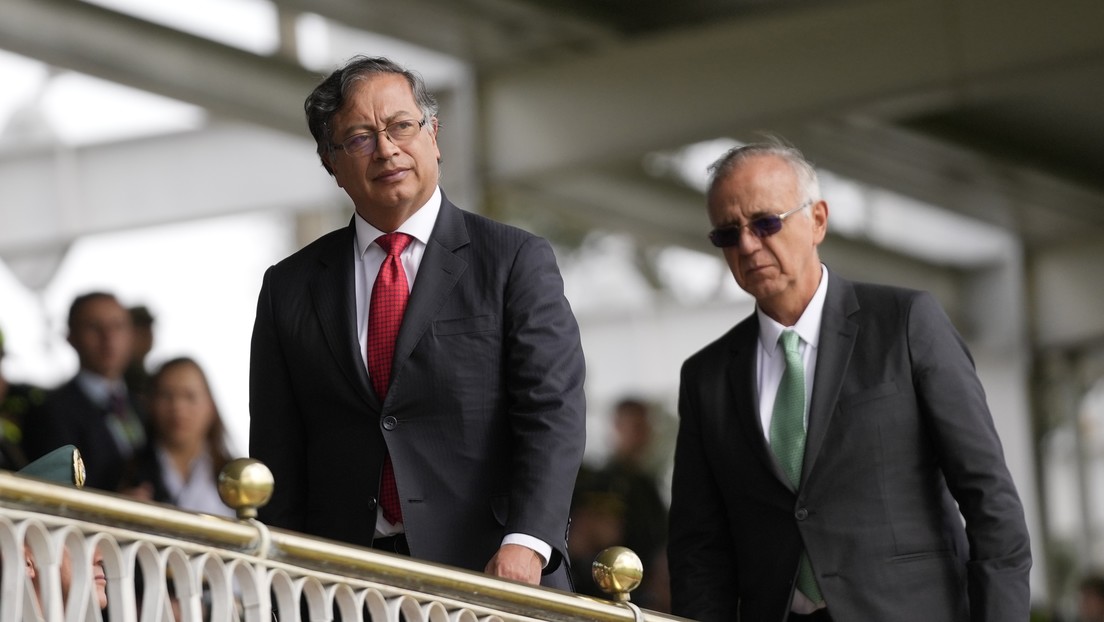 The stable relations between Colombia and Guatemala have been shaken in the last hours after the support of the Colombian president, Gustavo Petro, to his Minister of Defense, Iván Velásquez, in response to the announcement by the Guatemalan Justice to initiate legal actions against him for alleged illegal acts related to the Odebrecht case.

The Special Prosecutor’s Office Against Impunity (FECI), led by Rafael Curruchiche, reported that it will take action against Velásquez, who served between 2013 and 2019 as head of the International Commission Against Impunity (CICIG) in Guatemala, an independent body belonging to the United Nations (UN) and whose action in that country was agreed with the Government.

Velásquez is accused of having illegally established «effective collaboration agreements» with three former Brazilian directors of the construction company Odebrecht, who would have committed bribery in Guatemala, reports RT.

The Colombian president showed his rejection to the announcement of the Guatemalan Justice, through the social networks, and informed that he would call his ambassador to the Central American country, Victoria González Ariza, for consultations.

In reciprocity, the Central American nation did the same with its ambassador Reagan Vega Santizo, according to what the Guatemalan Ministry of Foreign Affairs published on its website.Petro’s reactions

Petro was very straightforward in his first statement and said that he would «never» accept the order of capture» against his minister. Meanwhile, the president of Guatemala, Alejandro Giammattei, called his presidential partner to «sanity» and expressed that the fact that the Prosecutor’s Office is investigating Velásquez does not imply that it is a «criminal prosecution».

The leader of the Historical Pact asserted that his minister «proved that he was fighting against corruption and we will not allow corruption to persecute him».

Until now, the FECI has not reported an arrest warrant against the minister of Petro. In his statements, Curruchiche affirmed that Velásquez, winner of the 2018 Right Livelihood Award or ‘Alternative Nobel Prize’ for his fight against corruption, must answer for his «illegal, arbitrary and abusive» acts. These investigations also include Colombian lawyer Luz Adriana Camargo Garzón, a former CICIG official.

Those who do have an arrest warrant – according to what he informed – are the president of the Guatemalan American Chamber of Commerce, Juan Pablo Carrasco de Groote; former Attorney General Thelma Aldana; the former general secretary of that body, Mayra Johana Véliz López and the former CICIG president, Luis David Gaitán Arana.

Petro, upon arriving in Davos, Switzerland, to participate in the World Economic Forum, claimed, in statements to the media, that his government will not allow the interests of sectors linked to power to attack Velásquez, who, in his opinion, managed «with transparency and honesty» the organization attached to the UN, while he was there.

The Colombian president said that he will not tolerate that the current member of his Cabinet «be attacked, persecuted and cornered for his fight against impunity», after confirming that he will keep him in office.

«So we will defend him, he will continue to be our minister. If Guatemala insists on arresting men who are just and righteous, we have nothing to do with Guatemala», warned the president.

During Velásquez’s tenure at CICIG, several corruption scandals were exposed, reports Prensa Libre, including that of former President Otto Pérez, accused of leading a customs fraud structure. For this crime, the former president was sentenced to 16 years in prison last December.

Other points that can be highlighted

On his Twitter account, the president of the South American country also retweeted two tweets by the Colombian journalist Jorge Espinosa, in which he recalled that the prosecutor Curruchiche was sanctioned by the US for allegedly obstructing «investigations into acts of corruption by interrupting high-profile cases against officials».

In another interaction, it is reported that the judge who supposedly authorized the procedure against Velásquez, whose name is not officially known, is Carol Patricia Flores, who «was investigated by the CICIG, accused of serious crimes».

Regarding the latter, the Information Network against Impunity in Guatemala published in a tweet that the official lost her immunity in 2015, due to her alleged connection to money laundering and illicit enrichment.

According to information from La Hora, it was learned that the jurist would have hidden a patrimonial asset because she owned a luxurious home, valued at $350,000, which she allegedly acquired for $10,000.

Likewise, in 2011 she would have benefited the former director of the Penitentiary System and current president Giammattei, by closing the criminal proceedings against him for the alleged extrajudicial execution in the Pavón case, in 2006.

The complaint against Velásquez

As evidence of the accusations, the Guatemalan prosecutor showed two emails allegedly written by the lawyer Camargo. In one of them, the Colombian jurist asked that some aspects of the «effective collaboration agreements» be changed, at the request of the former Guatemalan prosecutor Thelma Aldana and Velásquez.

In another electronic communication, the then head of the CICIG and other officials reportedly agreed with the establishment of «effective collaboration agreements» with the Brazilian directors of Odebrecht Marcos de Cerqueira Lima Machado, Luiz Antonio Mameri and Eduardo Oliveira Gedeon, detained in Brazil for their alleged participation in the Lava Jato case.

«This denotes that they had full knowledge of the dark and corrupt negotiations that were being carried out with the Odebrecht company», asserted Curruchiche, referring to the Colombian Defense Minister.

In an interview with Blu Radio, the Guatemalan prosecutor added that he believes that Velásquez could have committed the crimes of «illicit association, obstruction of justice and conspiracy». However, he clarified that he still does not know if the former head of CICIG would have received money and expressed that this process does not correspond to «a political revenge».

Faced with these accusations, Velásquez responded in a statement published on his Twitter account that he has not received any notification from the Guatemalan authorities, and that he has the «tranquility that the work carried out in the Central American country was done with total transparency and within the legal framework».

In another trill, he thanked the Colombian president for «his expressions of solidarity and trust in him» and stated that he knows «the monster», whom he has seen «very closely», and whom he has fought «from different trenches». .