These missions that go to the Amazon are a kind of 'agency' that preach religious proselytism and, for the most part, are originally from the United States.
Share 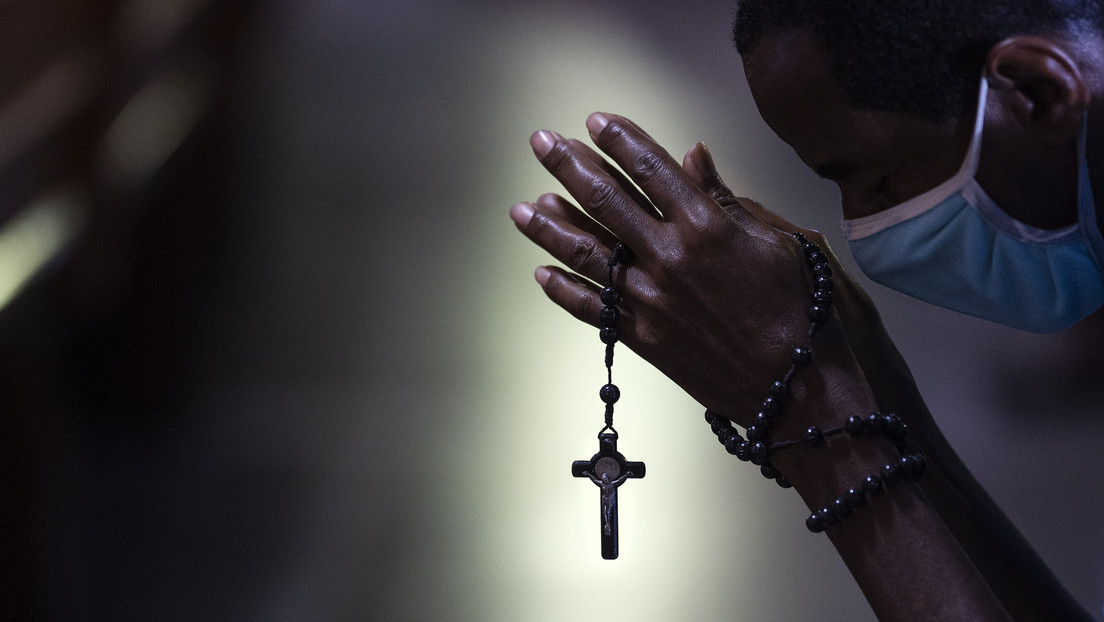 When an indigenous people remains isolated in the depths of the Amazon jungle, it is by choice. This is expressed by the indigenous movements that fight in Brazil against the attempts of evangelization of these peoples by the fundamentalist religious missions, for whom the isolated indigenous represent «the universe to be conquered».

Last week, they received with great relief the decision of the Supreme Court judge, Luis Roberto Barroso, who considered that the best way to protect them is with sanitary barriers that prevent, «through the use of force if necessary», access of strangers to the lands where the uncontacted or those who have recently been contacted live, explains a report by Marta Miera for RT.

The judge clarified that the measure affects new missions, whatever their creed, not those that have been installed for a long time. It is for now a provisional ruling, awaiting a more in-depth analysis in the highest court, but it represents a new affront to President Jair Bolsonaro, because at present, the new missions that seek contact with isolated peoples are mostly from the evangelicals, a vital sector for the arrival to power of the president, whose ideology includes the exploitation of the immense wealth that the indigenous reserves and other areas of the Amazon have.

The Brazilian authorities have registered 115 isolated tribes, who live exclusively in the jungle and have no contact with non-indigenous people and maintain very sporadic contacts with other indigenous peoples, of which only 28 have been confirmed by the state National Foundation of the Indian (Funai) . The rest are being investigated. Their decision not to establish contact may be the consequence of violent encounters in the past, as well as the continuous destruction of their territories.

Isolated peoples are considered one of the most vulnerable human groups in the world to diseases and epidemics from «outside», especially now in times of coronavirus. For centuries, a forced process of contact was imposed on the indigenous peoples, as part of the colonization projects in the interior of the country.

But in 1987, after the repeated failure of numerous missions that resulted in the extermination of entire tribes, a policy of non-contact and respect for voluntary isolation was established, which is internationally recognized. Article 231 of the 1988 Constitution recognizes indigenous peoples «their social organization, customs, languages, beliefs and traditions, and the original rights over the lands they traditionally occupy».

«The pandemic as justification»

Last year, Bolsonaro sanctioned a law, promoted by the indigenous deputy, Joenia Wapichana, with measures to protect indigenous people from covid-19. But due to pressure from the allies of the extreme right in Congress, a section of the text was ambiguous regarding «the entry of third parties into areas with isolated indigenous people», which was used by some missions to try to continue with their work.

The Articulation of Indigenous Peoples of Brazil presented a request for this point to be declared unconstitutional. «The pandemic cannot be used as a justification to go beyond an indigenist regulation and policy that has already existed for so many years», comments to RT Carolina Santana, a lawyer at the Observatory for the Rights of Indigenous Peoples and Recent Contact ( OPI).

“With this law it gives the impression that the missions entered regularly. And it is not like that. If someone came in, he did it irregularly. And if the Funai authorized it, then it did not comply with a policy that has existed for 30 years. How can it be that there are people there if it is forbidden?», she questions.

Who are these missions invading the Amazon?

The presence of religious missions among indigenous peoples began when Brazil was colonized by the Portuguese. Today, there are missions, not necessarily religious, that work in a respectful way and carry out humanitarian work.

Professor Felipe Milanez of the Federal University of Bahia, who has been investigating fundamentalist groups for 15 years, recalls that, over the years, the missions were conducting a critical review of history, which led them to carry out a work based on respect for the spiritual differences. But who, then, are these fundamentalist missions?

They are organized in a kind of agencies that preach religious proselytism and, for the most part, are originally from the US. There are around 44 missions specialized in conversion and practically all of them are part of a lobby called the Association of Brazilian Transcultural Missions ( AMTB), which works not only in the Amazon and with indigenous people, but also in other parts of Brazil and with other confessions globally.

“They have a fundamentalist view of the Bible and believe that the universal conversion of all souls is necessary to achieve salvation. Whoever is not converted will burn in hell (…) they apply a radical organization of life according to the Bible. These missions are all evangelical. There are Pentecostals», he explains.

Some are also working on training «indigenous agents» to act as missionaries. The missions – such as New Tribes of the Brazil Mission or Jocum – have, according to the expert, millionaire structures behind them.

«This is a market for souls. They seek to convert and save them. It doesn’t matter where they are, but behind is the market. They negotiate the influences that they will achieve after converting these peoples and become intermediaries for territorial interests and natural resources”, he clarifies.

Milanez reiterates that, although their ‘diving force’ is conversion, these agencies seek financing, because they need a lot of money to make those extremely expensive trips – with helicopters, boats, doctors – to the interior of the Amazon. They link up with whoever they need: miners, farmers, land invaders, among others.

Relationship with the Government

The relationship between these agencies and the Government materialized with the appointment last year of the Pastor Ricardo Lopes Dias, who was a missionary of the New Tribes of the Brazil Mission in the Amazon, to lead the Funai, a State body that has among its tasks to prevent the invasion of indigenous territories.

«There were explicit interests in contacting the isolated and promoting the work of the missionaries to facilitate the appropriation of the territories for farmers and miners», recalls  Milanez. Eventually, Lopes Dias was removed from office.

The relationship of these agencies with the Minister of Women, Family and Human Rights, Damares Alves, is also known. In 2020, as reported by Folha de Sao Paulo, Michelle Bolsonaro made private donations to evangelical missionary institutions allied to Alves, including the AMTB.

In the expert’s opinion, these fundamentalisms are at the base of the Bolsonaro government and suppose «an economic materiality that cannot be expressed». «They are not some isolated missionaries. They make up collective groups. And what must be fought is not the missionary itself, but the fundamentalist vision in general», he warns.

Despite their power and growth, they are still a minority among evangelicals, where there are movements that fight them. Pastors such as Ariovaldo Ramos or Henrique Vieira have emerged as prominent evangelical voices in the construction of a plural society through a humane and respectful reading of the Bible.